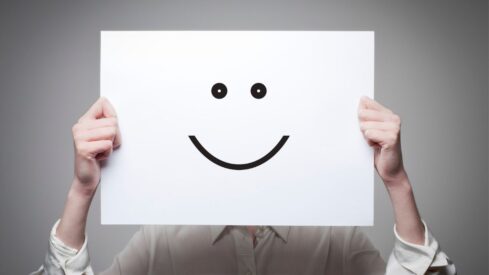 What do money, a good word, and removing something harmful from the road have in common? Giving charity is such an important part of Islam that even the Arabic word tasaddaqa (to give charity) comes from the root sadaqa meaning to speak the truth, to be sincere. Sadaqah (voluntary charity) is different from zakah, the compulsory alms that are collected every year.

A Muslim shows his sincerity of faith and attains piety by being generous:

[Ye will not attain unto piety until ye spend of that which ye love. And whatsoever ye spend, Allah is aware thereof.] (Aal `Imran 3:92)

There are dozens of verses in the Qur’an in which Allah (God) tells Muslims to give in charity. Sometimes this charity is in expiation for a wrongdoing, and other times it is an acknowledgment that everything one “owns” is in fact a trust from Allah and that anything spent in the way of Allah will be paid back in full and multiplied on the Day of Judgment. In fact, the Qur’an in places calls this spending “a beautiful loan.”

Muslims are enjoined to give charity without reproach to the recipient. It is also better for them to give secretly rather than openly, so that their intention is entirely to gain the pleasure of Allah and not to gain the admiration of people.

[A kind word with forgiveness is better than alms giving followed by injury. Allah is Absolute, Clement. O ye who believe! Render not vain your alms giving by reproach and injury, like him who spendeth his wealth only to be seen of men and believeth not in Allah and the Last Day….] (Al-Baqarah 2:263 – 64)

It is easy to give money as charity when one is wealthy, but the best charity is given when one fears poverty, for one must then sincerely trust in Allah’s reward.

When the Prophet Muhammad was asked which charity is best, he replied, “That you should give charity (in a state when you are) healthy, closefisted, haunted by the fear of poverty and hoping to become rich (charity in such a state of health and mind is the best). And you must not defer (charity to such a length) that you are about to die and would be saying: This is for so and so, and this is for so and so. Lo, it has already come into (the possession of so and so).” (Reported by Muslim)

And a woman may give charity of her husband’s earnings. `A’ishah, the wife of the Prophet reported that he said, “When a woman gives in charity some of the food in her house, without causing any damage, there is reward for her for whatever she has given, and a reward for her husband for what he earned. The same applies to the trustee. In no respect does the one diminish the reward of the other.” (Reported by Muslim)

In fact, Prophet Muhammad told his followers that sadaqah (voluntary charity) is incumbent upon them every single day. But this sadaqah can take many forms:

Thus, even those who have little or no extra money can give charity. For them, there is still reward in good deeds done for the pleasure of Allah with no expectation of remuneration in this life. Elsewhere, the Prophet told even more ways that Muslims can give charity.

Muslims are also encouraged to establish an ongoing charity whose rewards they will continue to reap after their deaths. This can be knowledge that is passed on in a book or other form, fruit trees from which the poor may eat, or an endowment.

Thus sadaqah, in whatever form, should be a part of the Muslim’s daily life. Such charity strengthens the Muslim’s piety, turns his intentions to his Creator, and spreads wealth and goodwill among the community.