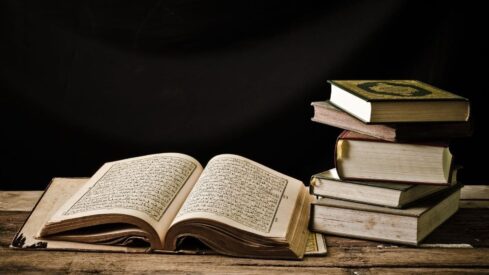 All Islamic sources hold that an enormous amount of forgery was committed in Hadith literature. Ibn Hanbal said that seerah and tafseer have been more affected by forgery than any other branch of literature. The very existence of copious literature on fabricated hadiths reminds us of this consciousness. Based on this fact, a great many Western scholars declared Hadith literature to be unreliable and unauthentic (Siddiqi 127).

Definition of a Fabricated Hadith

A fabricated hadith is a hadith which is falsely ascribed to the Prophet (peace and blessings be upon him) while in fact he did not pronounce it; it is not permissible to narrate such hadiths (As-Suyuti 2:274). Most of the fabricated hadiths were introduced in Muslim literature by the fabricators themselves; they forged the statements and invented the isnad from their own imagination.

The Beginning of Fabrication

It is very difficult to determine the beginning of the fabrication of hadiths. Some Western scholars like Sir William Muir maintained that the forgery of hadith took place during the reign of the third Caliph, `Uthman. In a note in his book The Life of Mohammad, Muir quoted the hadith “Who deliberately lies about me, let him seek a place in Hell” and said that

this hadith, if well founded, gives pretty clear intimation that, even before ‘Uthman’s murder, fabricated hadiths were propagated by opponents to shake his authority, and that the unfortunate caliph endeavored to check the practice by forbidding the currency of hadiths not already known in the reign of his two predecessors. (36)

All Muslim theologians agree on the fact that forgery of hadiths has occurred on a gradually increasing scale from the middle of the first century of the Hijrah onwards, until such authors as Bukhari, Muslim and others had compiled their almost flawless collections; by doing so, they gave the hadith literature its definitely sound form. (Juynboll 100)

As-Siddiq Bashir Nasr charged Juynboll with prejudice when he maintained this view. In refuting this argument, Nasr said that Juynboll concluded this view from the statements of theologians and he wonders how theyagreed on this, how their consensus came down to us, and who were those scholars. Nasr wrote

If he said the Hadith scholars held this view, we would give weight to his view. However, it is still probable to give the date of the middle of the 1st century as the beginning of fabrications of hadiths only if we interpret the fitnah mentioned by Ibn Sirin (d. 110/729), which he made the beginning of introducing the system of isnad, to refer to the fitnah of killing `Uthman ibn `Affan. But this is still in the sphere of probability as there is reliable historical evidence to assume that the fabrication began during the Caliphate of `Uthman or even `Ali, who died in AH 40.” (106-7)

Other Muslim scholars have given more or less the same views. For example, Ahmad Amin held that the fabrication began during the lifetime of the Prophet. To support his view he cited the frequently quoted hadith which reads, “Who deliberately lies about me, let him seek a place in Hell” (Muslim). Amin understood this hadith to imply that the forgery took place at the time of the Prophet and this hadith was uttered in response to an incident in which some words were attributed to the Prophet but he was not responsible for them (Amin 211). But As-Siba`i interpreted the above-mentioned hadith to mean that the Prophet only warned his audience with this hadith and that there is no indication that the Prophet thought his Companions might forge his hadiths; he wanted his Sunnah to reach the coming generations in its complete form and without the least trace of distortion (As-Siba`i 216). Therefore, it is safe to conclude that the hadith, according to As-Siba`i, can be interpreted to mean “he who will tell lies about me” (215-218).

Zubayr Siddiqi, a professor of Islamic culture at Calcutta University, was in full agreement with Amin’s view. After quoting Muir’s view Siddiqi said, “But I think it originated during the lifetime of the Prophet himself. His opponents could not have failed to forge and attribute to him words and deeds for which he was not responsible. It was their purpose in misrepresenting him to arouse public opinion against him” (127). Siddiqi quoted a hadith, as follows, to convince his readers of his view:

After the Prophet’s Hijra, a man went to a suburb of Medina, and told a tribe living there that the Prophet had given him authority over them. He had resorted to this fraud because he wanted to marry a girl who was a member of the tribe, to whom he had proposed marriage before the Hijra, but who had never been given in marriage to him. The tribe sent a messenger to the Prophet to make enquiries concerning the authority that was claimed in his name. The Prophet denounced the pretender, and ordered that he be put to death, if he were still alive and be burnt, if he were dead. (Ibn Hazm 2:83-84)

Share Share
# Prophet # Islam # science of Hadith
Read more in this series: "What is a Fabricated hadith?"