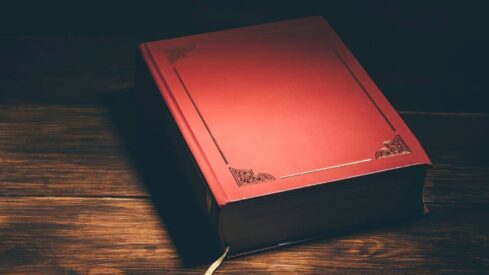 The fabricated hadiths can be divided into two categories:

2. Unintentionally fabricated hadith, which is referred to as hadith batil (invalid hadith).

7. Prejudice for One’s Own Town, Race or Imam

The term zanadiqah was defined as those who deny the validity of prophecy. Al-Ghazali divided the zanadiqah into absolute zanadiqah who deny the resurrection after death and the existence of the Creator of the world, and specific zanadiqah who recognize the existence of the Creator of the world but deny knowledge of the details of that world (193). In some sources they are referred to as those who do not believe in any of the divine attributes of Allah (Al-`Iraqi 95). Some give the word zindiq (singular of zanadiqah) to the adherent of the thanawiyyah who believe in the two forces of Light and Darkness, or to one who does not believe in the world to come (Lane 1:1258). Lane said that zindiq is an arabicized word originally Persian, so they say from Az-Zand, which is a book belonging to them, that is the book of Zoroaster, or from the Persian zandik (1:1258).

The zanadiqah flourished under various banners during early Islamic history and wrought havoc by forging thousands of hadiths and propagating them among the Muslim community (Abdul Rahman 30). Their anti-Islamic attitude motivated them to forge some hadiths, as they could not do anything to the Qur’an, which had been transmitted and written down in early Islam (As-Sabbagh 315). According to some sources, the zanadiqah concocted about fourteen thousand hadiths.[1] Muhammad Rashid Rida mentioned that some scholars of Hadith said that when `Abdul-Karim ibn Abi Al-`Awja’ was to be executed he said, “I fabricated four thousand hadiths in which I made the lawful prohibited and the prohibited permissible” (Ibn Al-Jawzi 1:37). By fabricating hadiths, the zanadiqah did a great damage to the history of Islam (Ibn Al-Jawzi 1:37). But Siddiqi, recognizing the anti-Islamic motivation of the zanadiqah, does not see any harm in the forgery of hadiths by the zanadiqah, as these hadiths were rejected by Muslims (53). An example of this class of fabrication is the report “When Allah wanted to create Himself He created the horse first and let it gallop till it sweated. Then He created Himself from its sweat” (As-Suyuti 1:2).

Islamic history passed a very critical stage after the death of the third caliph, `Uthman. Differences and battles between `Ali and Mu`awiyah were the reason behind the emergence of several religious sects, especially the Shiah and the Khawarij. Many hadiths, which might be termed as the fada’il genre, in favour of `Ali and the House of the Prophet, Ahl Al-Bayt, came from the Shiah. Ibn Abi Al-Hadid (d. AH 655/1257 CE), the famous commentator of Nahj Al-Balaghah, candidly points to this where he says:

Lies were introduced in Hadith on merits (fada’il)[2] originally by the Shi`ah. They in the beginning fabricated many Hadiths in favour of their man, motivated by enmity towards their opponents. When the Bakriyyah (those favouring Abu Bakr) found out what the Shi`ah had done, they in turn fabricated hadiths in favour of their man. When the Shi`ah found out what the Bakriyyah had done they increased their efforts.[3]

The various party leaders, the numerous sectarian preachers, and the seekers of favours from the caliphs and their chiefs, and those who sustained their legal or theological theories by inventing hadiths were more dangerous to the authenticity of Hadith than the zanadiqah (Rida 545–547; Siddiqi 53). This was done even, Rida continues, by some of the Ahl As-Sunnah (Sunnis) who differed among themselves on subsidiary issues and to support their opinions, they resorted to inventing hadiths. To gain the favour of sovereigns some people fabricated hadiths that might please them.

A well known example is the report of Ghiyath ibn Ibrahim who came upon the Caliph al-Mahdi (d. 158/785) when this ruler was playing with a pigeon. Ghiyath recited to him the famous saying of the Prophet: “There shall be no wager except in the case of racing camels, hoofed animals or in the case of shooting (competitions)” (Abu Dawud). Then Ghiyath added the words “and pigeons,” to please Al-Mahdi. The Caliph gave him a large reward, but stated: “Verily, your neck is the neck of a liar who puts false words into the mouth of the Prophet.” Then he ordered the pigeon to be slaughtered. (As-Siba`i 103)

The storytellers, qussas, were no less dangerous than the party leaders or sects in fabricating hadiths. They “saw an easy profit by playing on the credulity of their audience. Some of them were compelled to invent Hadiths through the urge to instil into their listeners awe and reverence towards the religion” (Juynboll 100).

The following incident shows an example of the hadiths invented by such storytellers:

The hadiths concocted by the storytellers were few in the first century, but they increased by the passage of time. Hadith scholars traced these hadiths, detected their fabricators, and put them under severe criticism.

The hadiths concocted by the storytellers were few in the first century, but they increased by the passage of time. Hadith scholars traced these hadiths, detected their fabricators, and put them under severe criticism.

Neglect, bad memory, feeble-mindedness, boastfulness, and other human frailties have also given rise to fabrication (Rida 569).

Those ascetics fabricated hadiths to let the people come close to Allah and devote much time to different forms of worship and even to encourage them to be more pious (Ahmad and `Abdul Malik 75). When reminded of the hadiths threatening those who lie against the Prophet (peace and blessings be upon him), they say, “We do not tell lies against him but for him” (As-Siba`i 103). Al-Albani provided us with this example: “The world is prohibited to people of the Hereafter and the Hereafter is prohibited to people of the world, and both the world and the Hereafter are prohibited to the people of Allah” (Al-Albani 1:15).

7. Prejudice for One’s Own Town, Race or Imam

To mention only one example of the last motive, that is, to praise one’s imam, As-Siba`i cites the alleged hadith that praises Abu Hanifah while degrading Ash-Shafi`i. The hadith reads, “There shall be in my Ummah a man by the name Muhammad ibn Idris who will be more dangerous to my Ummah than Iblis and there shall be a man in my Ummah known as Abu Hanifah who will be the lamp of my Ummah” (As-Siba`i 100). An example of favouring one’s race is the report that states that “When Allah gets angry, He reveals the Qur’an in Persian. And when He is satisfied, He reveals it in Arabic” (Ibn Al-Qayim 59).

Below are the unintentional reasons behind the widespread phenomenon of the forgery of hadiths.

Some transmitters took a well-known hadith and supported it with a new isnad (chain of transmission) just for the sake of novelty to attract the people around their transmission.

Some people were not as exact in the transmission of Hadith as they were in their worship, so they committed mistakes in the process of transmission.

Some scholars learned Hadith from a certain sheikh and later came to know that the same teacher had transmitted other hadiths on different occasions. So instead of being satisfied with what they learned directly from their teachers, they transmitted them all, pretending that they had learned them.

Some learned books from certain authorities but did not copy what they learned at that time. When they grew old and were asked about some hadiths, their desire to appear professional in the field led them to transmit hadiths from copies of the same book which they possessed, but which did not contain notes giving them ijazah (license to teach) in Hadith. This practice was very common in the fourth century.

Some people lacked the necessary qualifications for teaching Hadith. Then a student came and recited hadiths to them that they had not transmitted, but they ignorantly confirmed the students. [One of the traditional ways of teaching Hadith is that a student recites a group of hadiths reported originally by the teacher, and after this recitation, the teacher gives the student the ijazah that he can report or transmit these hadiths.]

Sometimes scholars undertook journeys in pursuit of collecting Hadith and were recognized as Hadith specialists, but unfortunately they lost their books. At a later stage when they took charge of teaching students, they relied on copies other than their own, without expecting the possibility of the existence of some differences between two copies of the same work, or they relied on their weak memories (A`zami 70-1).

[2] The so-called Fada’il Hadith, according to Juynboll, hold a foremost place. He defines this genre as the Hadith “in which the Prophet is alleged to have uttered laudatory or favorable remarks about the person, the group of persons, the town or the country, who or which particularly figure in a political or theological movement.” For more on the discussions on Fada’il Hadith see Abu Rayyah, Adwa’, p. 90; `Ajjaj Al-Khatib, As-Sunnah Qabla At-Tadwin, p. 197f; As-Siba`i, As-Sunnah, pp. 233-5. cf. Juynboll, Authenticity, pp. 101-2.

[4] Both Swartz and Goldziher wrote it “Mu`in,” which is wrong. Therefore it should read Ma`in. It is interesting to note that Ibn Ma`in (d. 233/847) composed a book on the characteristic of Hadith transmitters. The work is entitledKalam Yahya ibn Ma`in fi Ar-Rijal, which is also referred to in Muslim scholarship as Kitab Al-Majruhin, which must not be confused with the work by Ibn Hibban, see GAS, V, pp. 106-7; see also Asma Afsaruddin, An Insight into the Hadith Methodology p. 35, n. 47.

Share Share
# Prophet # Islam # science of Hadith
Read more in this series: "What is a Fabricated hadith?"