First 10 Days of Dhul-Hijjah: What to Do 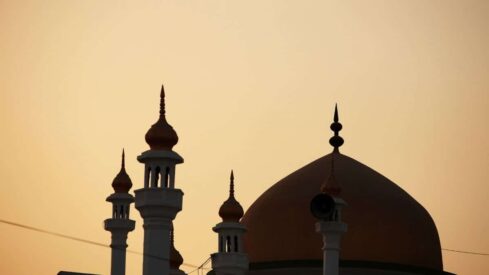 The first ten days are a great blessing from Allah to His servants, which is appreciated properly by the righteous persons. It is the Muslim’s duty to appreciate this blessing and seize the opportunity, by devoting these ten days to paying more attention to striving hard in worship. Among His blessings to His servants, Allah has given us many ways in which to do good and worship Him, so that the Muslim may be constantly active and consistent in his worship of his Lord. Among the good deeds which the Muslim should strive to do during the first ten days of Dhul-Hijjah are:

2- Takbir: It is Sunnah to say takbir, tahmid, tahlil, and tasbih during the first ten days of Dhul-Hijjah, and to say it loudly in the mosque, the home, the street and every place where it is permitted to remember Allah and mention His name out loud, as an act of worship and as a proclamation of the greatness of Allah, may He be exalted. Men should recite these phrases out loud, and women should recite them quietly. Allah says: (That they might witness things that are of benefit to them (i.e., reward of Hajj in the Hereafter, and also some worldly gain from trade, etc.), and mention the name of Allah on appointed days, over the beast of cattle that He has provided for them (for sacrifice)… ) (Al-Hajj 22:28) The majority of scholars agree that the “appointed days” are the first ten days of Dhul-Hijjah, because of the words of Ibn `Abbas (may Allah be pleased with him and his father): “The ‘appointed days are the first ten days (of Dhul-Hijjah).”

Takbir at this time is an aspect of the Sunnah that has been forgotten, especially during the early part of this period, so much so that one hardly ever hears takbir, except from a few people. This takbir should be pronounced loudly, in order to revive the Sunnah and as a reminder to the negligent. There is sound evidence that Ibn `Umar and Abu Hurayrah (may Allah be pleased with them both) used to go out in the marketplace during the first ten days of Dhul-Hijjah, reciting takbir, and the people would recite it after him. The idea behind reminding the people to recite this is that each one should recite it individually, not in unison, as there is no basis in Shari`ah for doing this.

3- Performing Hajj and `Umrah: One of the best deeds that one can do during these ten days is to perform Hajj to the Sacred House of Allah. The one whom Allah helps to offer Hajj to His House and to perform all the rituals properly is included in the words of the Prophet (peace and blessings be upon him): “An accepted Hajj brings no less a reward than Paradise.”

4- Doing more good deeds in general: This is because good deeds are beloved by Allah and earn one a great reward. Whoever is not able to offer Hajj should occupy himself at this blessed time with acts of worship, offering Prayers, reading the Qur’an, remembering Allah, making supplications, giving in charity, showing dutifulness to parents, maintaining the ties of kinship, enjoining what is good and forbidding what is evil, and other good deeds and acts of worship.

5- Sacrifice: One of the good deeds that will bring a person closer to Allah during these ten days is offering a sacrifice.

6- Sincere repentance: One of the most important things to do during these ten days is to repent sincerely to Allah and to give up all kinds of disobedience and sin.