Good Manners Among the Pilgrims 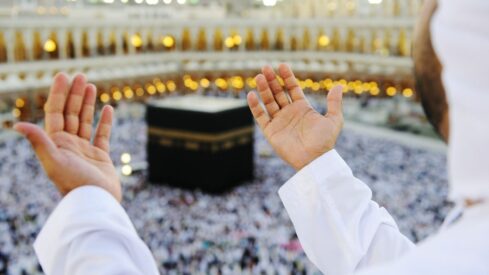 Hajj is the greatest Islamic conference Muslims attend from all over the world in a fixed time and a fixed place, after which the pilgrims are affected greatly. It is really a school in which pilgrims learn many of the rulings and ethics of religion. That is because every year Hajj brings forth good fruits of high moral standards by which pilgrims are characterized because of their attendance in the sacred places, and their observing of the rituals of Hajj according to the honorable Sunnah of the Prophet. These result in the good conduct and the high morals pilgrims acquire from the Prophet (peace and blessings be upon him) who said “I have been sent to perfect the high moral standards” and “Learn your rituals from me.”

Among the most important ethics the pilgrims should acquire during Hajj are the following:

To conclude, the great ethics of cooperation, solidarity and brotherly association Muslims enjoy are all a natural result of Islamic assemblies in which Muslims meet every day, every week, or every year. Allah Almighty says: [The believers are naught else than brothers] (Al-Hujurat 49:10).