Hijab: What’s It All About? 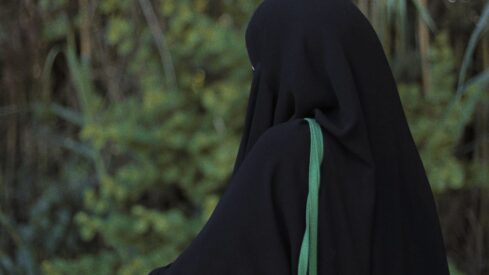 Talk about weird. Some Muslim women, at different stages of their lives and at different times after their decision to wear hijab, struggle with it. Not necessarily with the belief that it is obligatory—although some Muslim women may have a problem with that—but with different factors: come summer, if you aren’t careful with the material of your hijab, it’s not exactly the most comfortable thing to wear. And then there’s the dealing with the fact that people sometimes treat you differently—yes, even in Muslim countries. But the real killer is all the ranting, the debate, the articles, the speeches, on and on and on about hijab. What’s amazing is that usually those talking about it the most are those who don’t even wear it.

Hard-line feminists who have decided that women wearing hijab are oppressed have taken it on themselves to make Muslim women take that “hijab thing” off—how else are women going to be respected if they don’t take off their clothes? And then the politico-commentators who have tried again and again to convince everyone and anyone who reads opinion pages of newspapers that hijab is actually a “political statement” which “those Islamists” use to push their agenda, or whatever. And of course let’s not forget the secularists, to whom hijab is a “religious symbol”, which apparently threatens to tear the delicate fabric of society. There are the Muslim men, of course. Some of them talk on an on and on about hijab and how important it is until you start thinking that it’s the ONLY thing that’s important. Or, on the other side of the spectrum, there are those amazing fatwas that tell Muslim women living in some Western countries that “It’s ok to take it off” if they feel they will become targets of hate crimes, as if the world wasn’t confusing enough. Now get this: despite all of this fuss, what’s really annoying/amazing/weird is that Muslim women are STILL wearing that “hijab thing”!

So what is it about hijab? Why are Muslim women still wearing it? How can a piece of cloth attract so much attention? Isn’t it hot under there?

Discourse on hijab is often accompanied by a list of dos and don’ts that women are supposed to follow. But is it all about rules and restrictions? Some Muslims claim that hijab is not obligatory. Is there a real debate within Islam regarding this issue? Understand the nature of hijab and the philosophy behind it.

Hijab can not only be difficult in normal situations when you’re living in a non-‘Muslim’ country, it can be a real struggle when Islam and Muslims are suddenly being accused wholesale of terrorism. So how can a Muslim woman practice her religion in a Western country?

If all the women are going to be wearing hijab, isn’t that a bit restrictive? Is there any room for self-expression or individualism, or even culture in all this?

How easy is it to wear hijab? What personal problems do women face with regards to hijab? Obviously with all that covering, these women don’t get enough fun or sun, right? Think again and find out if there are any gardens for veiled Muslim women. How do women feel when they wear the hijab?

Finally, with all this talk about hijab as “a Muslim thing”, it is easy to forget that veiling has a history in many cultures. Read more on Veiling Through Time: The Tresses of Forgetfulness.