The Just Leader (peace be upon him): How Did Prophet Muhammad Treat His Enemies? 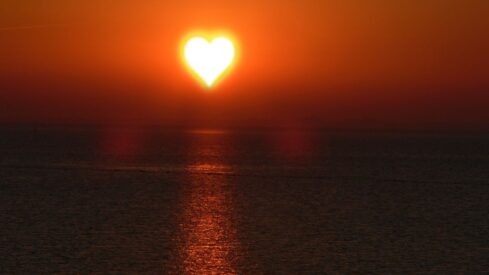 Some historical background of the inhabitants of the Arabian desert may shed some light on who lived there and why. It is obvious that most of the Arabian Peninsula was inhabited by the original Arabs from various kingdoms and clans – yet they had many things in common in regards to customs, culture and religious beliefs.

The original Arabs of the time of Abraham and Ishmael were monotheists while the two Prophets of God lived among them and preached the one God. It was centuries after their demise that some idols were brought to Makkah and their promoters started the movement of idol worshipping, which lasted till the advent of Islam.

When Prophet Muhammad started preaching monotheism, it upset the Arabs whose commerce of buying and selling idols as well as centuries old false beliefs began to be threatened. This caused a severe resistance to the new message as well as harsh reaction to Muhammad and his followers in forms of persecutions, murder, torture, isolation and exile.

After tolerating such harsh environment, Prophet Muhammad sent some of his followers to Abyssinia and later on was commanded by God to migrate to Madinah with those who were able to make the move.

Besides the original Arabs, Madinah also was the home to others including many Jews who had migrated there two centuries before Muhammad’s birth due to severe persecutions in various lands they lived. So, Madinah had become their home. They adapted to cultures, language and way of dressing just like the Arabs. They even took Arabic names to themselves, but they maintained their fundamental belief in the Torah.

Although the influential Jews did not rule the oasis, they were clients of two large Arab tribes there, the Khazraj and the Aws, who protected them in return for feudal loyalty. According to some records, there were over twenty Jewish tribes but three were prominent: the Banu Nadir, the Banu Qaynuqa’, and the Banu Qurayza.

Prophet Muhammad arrived in Madinah in 622 A.D assuming the Jewish tribes would welcome him like the rest of the inhabitants. Contrary to expectations, they were not so keen about receiving someone who claimed to be a prophet, as they still expected the promised Messiah to arrive. Their forefathers had not accepted Jesus as the Messiah when he was among them centuries earlier. Thus, Muhammad also was not accepted as the Prophet of God.

Now, many challenges faced both sides. How would they co-exist peacefully?

To begin with, Prophet Muhammad arbitrated and ended a bloody civil war between the Khazraj and the Aws tribes in which the Jewish clans, being their clients, were embroiled.

Further, in order to establish an Islamic state, there had to be peace and security in the region. Thus, Prophet Muhammad arranged for a pact between Madinah’s pagan, Muslim and Jewish clans which was to protect each other, but achieving this new social order was difficult. Certain individual pagans and so called “new Muslim hypocrites” tried to thwart the new arrangement in various ways, and some of the Jewish clans were uneasy with the change of the old alliances.

At least three times in five years, Jewish leaders, uncomfortable with political situation in Madinah, went against Muhammad, hoping to restore the balance of power among the tribes.

According to well-documented sources, individuals from among these clans plotted to take the Prophet’s life at least twice. Two of the tribes – the Banu Nadir and the Banu Qaynuqa – were eventually exiled for falling short on their agreed upon commitments and for the consequent danger they posed to the new Muslim community.

Meanwhile Makkans were actively plotting to attack Muslims of Madinah and their military.

Prophet Muhammad, peace be upon him, was nearly killed in the first battle, on the plains of Uhud just outside Madinah. In their second and final military assault against Madinah, known as the Battle of the Trench, the Makkans recruited allies from northwestern Arabia to join the fight, including the assistance of the two exiled Jewish tribes, which were dealt with by the Prophet in later time. In addition, they sent envoys to the largest Jewish tribe still in Madinah, the Banu Qurayza, hoping to win their support.

The Banu Qurayza’s strategic location on the south side of Madinah would allow the Makkans to attack Muhammad from two sides.

The Banu Qurayza’s hesitation to cooperate soon turned into excitement and cooperation once the Makkan army arrived. They were certain that with their help, the huge Makkan army would soon overpower the small army of Muslims – causing their total annihilation forever.

God turned the table around and gave victory to the Muslim army. Next, the Prophet, peace be upon him, ordered a siege around the fortress of the traitors.

At this stage, one must note that the Prophet of God gave full protection to all the Jewish tribes of Madinah from the onset of his arrival. Yet, it was them who constantly broke the pact which was to protect them as well as others involved. Unless one knows the full events surrounding the fate of these three tribes and what caused them, one may consider Prophet Muhammad to be the enemy of the Jews. Yet, only a clear understanding would shed proper light on how well they were treated and how they returned the favor with enmity which left no other choice but consequences they faced.

A siege began around the well-built fortress of Banu Qurayza as they nervously awaited their fate. All their plots to free themselves from the wrath of their consequences did not avail then but aught.

They recalled how they themselves were deceived by the Makkans. As they had laid siege against the Muslims, they had requested from the Makkans to send them a hostage to insure that they would comply with their pact of protection they had with them, but upon refusal, the relationship between the two sides fell apart. The Makkans, exhausted and confronted by heavy rain and cold retreated and left Banu Qurayza abandoned, humiliated and defeated.

Finally after a 25 day siege, both sides agreed to arbitration. Bani Qurayza chose a former ally, an Arab chief named Sa’d ibn Muadh, now a Muslim, hoping that he would judge favorably for them as if the earlier tribal relations had been in force.  Sa’d, one of the few casualties of battle, would soon die of his wounds.

Sa’d’s fellow chiefs urged him to pardon these former allies, but he refused. In his view, the Banu Qurayza had failed to honor their agreement to protect the town and additionally rose to attack the Muslims. He ruled that all the men should be killed. Prophet Muhammad accepted his judgment, and the next day, according to Muslim sources, 700 men of the Banu Qurayza were executed while their women and children as well as animals were spared and taken as war booty. God confirmed this decision to be correct and Prophet Muhammad was pleased.

Although Sa’d judged according to his own views, his ruling is confirmed in Torah:

“However, if it does not make peace with you, but makes war against you, then you shall besiege it.” When the LORD your God gives it into your hand, you shall strike all the men in it with the edge of the sword. “Only the women and the children and the animals and all that is in the city, all its spoil, you shall take as booty for yourself; and you shall use the spoil of your enemies which the LORD your God has given you.” (New International Version, Deuteronomy 20:12-14)

The present Jews who have written numerous accusations about Prophet Muhammad’s treatment of the Jews failed to look into their own book to realize the consequences of those who fought against them in the stories of Torah. Yet, when treason is added to it, no doubt proper retaliation is the true justice affirmed by God.

Muslims had faced the threat of total extermination, and needed to send a strong message to all those groups in Madinah that might try to betray their society in the future.

Yet, Prophet Muhammad did not confuse the treacheries some Jewish tribes committed against him with the message of Judaism. Although passages in the Quran that warn Muslims not to make pacts with the Jews of Arabia which emerge from these specific wartime situations, a spirit of respect for the Torah, acceptance, and comradeship prevailed, as recorded in a late chapter of the Quran:

{We sent down the Torah, in which there is guidance and light, by which the Prophets who surrendered to God’s will provided judgments for the Jewish people. Also, the rabbis and doctors of the Law (did likewise), according to that portion of God’s Book with which they were entrusted, and they became witnesses to it as well…. Whoever does not judge by what God has sent down (including the Torah), they are indeed unbelievers.} (Al-Ma’idah 5: 44)

Some individual Madinan Jews, including at least one rabbi, became Muslims. But generally, the Jews of Madinah remained true to their faith and were given full protection during the life of Prophet Muhammad and centuries which followed.

The Prophet instilled in Muslims the notion that they should respect Christians and Jews well. 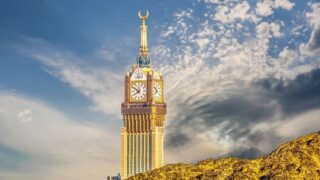 Islam, the Religion of all the Prophets Islam began with the first man, Adam, when he submitted himself to God. Therefore, the word “Islam” simply means Submission to God. The word also means Peace; and so, as the name of the Religion of God, it implies the peace that we can attain by submitting to