Islamic Dealing with People of the Book 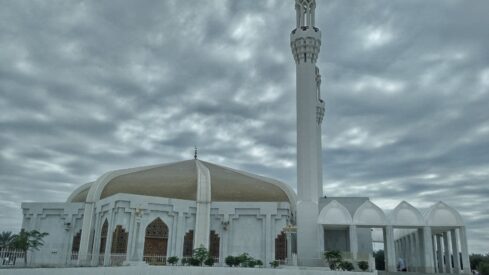 Muslims are to respect both Christians and Jews as being People of the Book, that is, people who received revelation from God before the time of Prophet Muhammad (peace and blessings be upon him) and the revelation of the Qur’an, which is God’s final Scripture.

Muslims are not allowed to force the Qur’an on Christians or others. This is clear in the Qur’an in words that mean:

*{There is no compulsion in religion. The right direction is henceforth distinct from error* (Al-Baqarah 2:256)

While Muslims respect Jews and Christians as People of the Book, at the same time Muslims are cautioned not to take them as close friends. This does not mean that Muslims should not treat them with respect, kindness, and justice, nor that Muslims cannot socialize with them as long as they respect the limits of Islam – for example, that no alcohol is served. But it does mean that Muslims should seek personal advice and, on a national level, allies, from fellow Muslims.

The Qur’an gives guidance in how to deal with the People of the Book. It reads what means:

*{And the Jews will not be pleased with thee, nor will the Christians, till thou follow their creed. Say: Lo! the guidance of Allah [Himself] is Guidance. And if thou shouldst follow their desires after the knowledge which hath come unto thee, then wouldst thou have from Allah no protecting friend nor helper.}* (Al-Baqarah 2:120)

*{And they say: Be Jews or Christians, then ye will be rightly guided. Say [unto them, O Muhammad]: Nay, but [we follow] the religion of Abraham, the upright, and he was not of the idolaters. Say [O Muslims]: We believe in Allah and that which is revealed unto Us and that which was revealed unto Abraham, and Ishmael, and Isaac, and Jacob. and the tribes, and that which Moses and Jesus received, add that which the prophets received from their Lord. We make no distinction between any of them, and unto Him we have surrendered.}* (Al-Baqarah 2:135-136)

Another verse reads what means:

*{O ye who believe! Take not the Jews and Christians for friends. They are friends one to another. He among you who taketh them for friends is [one] of them. Lo! Allah guideth not wrongdoing folk.}* (Al-Maidah 5:51)

Then another verse reads what means:

When Islam spread outside the Arab Peninsula, the Muslims did not force anyone to adopt their religion. Following the orders of Prophet Muhammad (peace and blessings be upon him) and his successors, they did not destroy churches, monasteries, synagogues, or even pagan temples. The Muslims established their rule based on the teachings of the Qur’an and Sunnah of the prophet (peace and blessings be upon him). Non-Muslims were allowed to keep their religions and personal status laws and even their own criminal laws for crimes committed among themselves.

Islam teaches us to try to live in peaceful coexistence with those of other faiths. Muslims are not to attack others unless they are attacked first. The Qur’an says what means:

*{Fight in the way of Allah against those who fight against you, but begin not hostilities. Lo! Allah loveth not, aggressors.}* (Al-Baqarah 2:190)

The Qur’an also reads what means:

*{Allah forbiddeth you not those who warred not against you on account of religion and drove you not out from your homes, that ye should show them kindness and deal justly with them. Lo! Allah loveth the just dealers.}* (Al-Mumtahana 60:8)

Sometimes there are conflicts or even full-scale wars that appear to be for religious reasons because the two sides are divided along religious lines. But, in fact, these are usually struggles for economic or political power.

Muslims do abhor the methods used by some Christians to spread their version of Christianity. Such methods include slandering and lying against the Prophet Muhammad (peace and blessings be upon him). In contrast, no Muslim would dream of slandering or lying against Jesus (peace and blessings be upon him) because he is also a prophet of God and a messenger of Islam, that is, surrender to the will of God.

Muslims are ordered to invite others to Islam in this way stated in the Qurï؟½an. The Qurï؟½an reads what means:

*{Call unto the way of thy Lord with wisdom and fair exhortation, and reason with them in the better way. Lo! thy Lord is Best Aware of him who strayeth from His way, and He is Best Aware of those who go aright.}* (An-Nahl 16:125)

When the Qur’an does criticize the Jews who did not follow God’s commands, the expression *{among them there are some}* is always there, so that the good are not condemned along with the bad. When Muslims ruled by Islamic Law, Jews – and others – were free to practice their religion and flourished.

Zakah is a portion of one’s wealth that must be given to the poor or to other specified causes. The word “zakah” comes from the verb meaning to purify or cleanse. It is the third Pillar of Islam and is obligatory for all those who are financially able.   Zakah means the giving of a specific share of one’s