Islamic View of the Universe 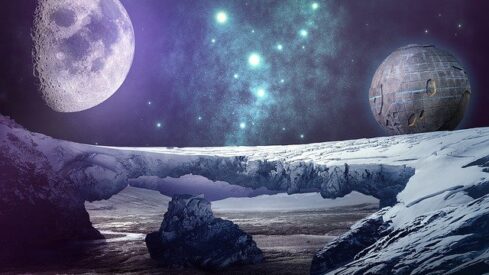 How humans view their own nature is a question imposed in the foundation of any ethical system. Some common views deny the existence of any purpose for life, or of any divine plan that makes humans any different from other beings. These opinions basically view mankind as an evolving animal. Another viewpoint overemphasizes the spiritual aspect of life, resulting in the renunciation of the world and belief that torturing one’s body is a virtue that serves the soul.

A third view of human nature tends to overemphasize the intellectual aspect of life, which overlooks the fact that humans need divine guidance as well as intellect. One other view puts sin out of proportion, leading to a pessimistic view of life that causes people to feel constantly haunted by their sins.

Islamic View of the Human

Islam views humans as quite distinct from other beings, as humans are the trustees of God on earth. This viewpoint has main effects on a person’s outlook that could be summarized in four basic points. The first is self-acceptance by realizing one’s own nature, whether it is weaknesses or strengths. This results in a mental balance: people are neither haunted by their sins and weaknesses nor too arrogant about their strengths. The second point is, by realizing that humans are the trustees of God, they should abide by the limitations He set for them on earth. These limitations do not contradict with individual ownership; they only prevent people from abusing the gifts placed in their hands by God. The unwise use or destruction of the environment is regarded as a moral crime.

For example, Islam considers the environment as a personal trust and not personal property. This is why the destruction or unwise use of the environment is regarded as a moral crime. Suicide is also considered morally wrong because the body is one of God’s gifts entrusted to humans, which they should use to fulfill their mission as trustees. Even money is considered a trust; people cannot burn it and claim that they are free to use their property as they please. People’s self-acceptance and limits on trusteeship lead to an integrated view of life, which refuses the distinction between spiritual and material aspects of life. This prevents the confusion caused when dividing life into two different spheres and setting certain rules that apply to one area, regardless of the other. One verse in the Qur’an says what means

[Blessed is He in Whose hand is the sovereignty, and, He is able to do all things. Who hath created life and death that He may try you which of you is best in conduct; and He is the Mighty, the Forgiving.](Al-Mulk 67:1-2)

This means that the Islamic perspective regards life as a test, which indicates that life is not just an experience that a person goes through without having a purpose. On the contrary, the distinction and dignity of the human race lies in making the most of their materialistic, intellectual and spiritual capabilities in order to overcome weaknesses and shortcomings and to fulfill their mission as trustees. This Islamic viewpoint does not only strive for individual piety but it provides for a more dynamic view of life that demands active participation of humans in righting the wrong and striving to achieve peace and social justice. Islamic View of the Universe. The ethical outlook of the individual and his behavior is not only affected by the person’s view of his own nature, but also by the person’s view of the world around him. Islam regards the universe as a tool helping mankind to perform his role as a trustee of God on earth.

Islam views the entire universe as subservient to mankind …

A verse in the Qur’an explains this viewpoint:

[And He it is Who hath constrained the sea to be of service that ye eat fresh meat from thence, and bring forth from thence ornaments which ye wear. And thou seest the ships ploughing it that ye (mankind) may seek of His bounty and that haply ye may give thanks.](An-Nahl 16:14)

This proves that unlike some common views regarding natural phenomena as an adversary to humans, Islam views the entire universe as subservient to mankind in order to fulfill their duty.Fourteen hundred years ago, the Qur’an clarified that God created the whole universe and made it subservient to mankind so he could explore and harness nature.This is referred to in the Qur’an where Allah says what means:

Another verse refers to harnessing and pondering over phenomena in nature as a moral obligation and a part of the humans’ trusteeship on earth:

[Have they not considered the dominion of the heavens and the earth, and what things Allah hath created, and that it may be that their own term draweth nigh? In what fact after this will they believe?](Al-A`raf 7:185)

Concept of Worship in Islam

Any lawful activity in Islam could be considered as an act of worship.

In Islam, worship does not only mean the performance of certain religious rituals because any activity in Islam could be considered as an act of worship, so long as two main conditions are met. One condition is the pure and wholesome intention behind this activity and that it is intended for obedience to God, regardless of the type of activity. The other condition is that this activity should be done within the limits prescribed by God. In that sense the entire life of the believer could basically be a continuous act of worship, whether a person is at work or school, or even shopping and times of recreation. One verse in the Qur’an refers to [the joys of life] that by saying what means

[Say: Who hath forbidden the beautiful (gifts) of Allah, which He hath produced for His servants, and the things, clean and pure, (which He hath provided) for sustenance?] (Al-A`raf 7:32)

Another key verse in the Qur’an says what means

[I created the jinn and humankind only that they might worship Me.] (Adh-Dhariyat 51:56)

Of course one cannot interpret this verse as God ordering humans to continuously pray. It only means that by living according to God’s commands with a pure and wholesome intention behind each activity, life actually becomes a continuous act of worship.

In Islam, the act of learning itself is considered an act of worship, provided that it is within God’s limits and with a good motive behind it. The very first word revealed in the Qur’an was “Read.” Asserting the importance of learning in Islam, the Qur’an and the prophetic tradition encourage learning. The very first word reveled in the Qur’an was iqra’ (read) (Al-`Alaq 96:1). In the first few verses of this same surah (chapter), teaching is mentioned twice and the pen is mentioned as one of the tools of learning.One verse says what means

This means that people who have the right knowledge and sincerity to study carefully and objectively would be more cognizant of God’s power and mercy and would be more God-fearing than those who are ignorant. Another verse says what means:

[Allah will exalt those of you who believe, and those who are given knowledge, in high degrees; and Allah is Aware of what you do.] (Al-Mujadilah 58:11)

The verse does not specify the type of knowledge that a person is supposed to learn because, in Islam, any beneficial knowledge to mankind is considered a way of getting higher degrees. The Prophet Muhammad (peace be upon him) informs us in one of his sayings that the angels extend their wings for people who seek knowledge, which shows the importance of sincerely seeking knowledge and how the angels are pleased and satisfied with that act.

In that sense, learning in order to build a balanced civilization that combines material and moral progress is actually a duty incumbent upon every Muslim, both male and female.

Basics of the Islamic Moral Code

Life is a test that a person has to emerge from honorably and successfully.

The ethical theory, whether secular or religious, faces four basic problems that are not clearly answered. The first is what is the ultimate good that a person strives for? Some philosophers answered this question by saying that the ultimate good is happiness; others thought it is the feeling of duty; and another group said it is perfection. The ultimate good from the Islamic perspective is to pursue the pleasure of God and to fulfill the role of trusteeship. That is why life is considered a test that a person has to emerge from honorably and successfully.

There are two criteria for judging whether an act is an ultimate good or not. The first is that this act has to help achieve God’s pleasure, and the second is that this act helps people pass through life successfully without displeasing God or hindering any other good activities. The second question is, what is the ultimate source of knowledge of right and wrong? Various answers were given such as experimentation, intuition, and intellect. Surely, Islam does not reject the use of all these sources, but it simply puts these sources in perspective under the broad guidance of divine revelation. This means that the final measure for distinction between right and wrong is revelation, which is knowledge coming from God, Who does not have any deficiencies in His knowledge.

The third and fourth questions dealing with the sanctions on morality are, who has the right to enforce the moral law, and what are the motives behind people following the moral code? For a Muslim, sanctions on morality and the motives behind it are a combination of both fear and love. Fearing God, not by just being scared of Him, but fearing Him in a sense of not wanting to displease Him to Whom humans owe everything, including their own existence. Also, pursuing God’s love by acknowledging His bounties and by keeping away from anything that displeases Him, which is a nobler motive. This is how the ethical theory is answered within the Islamic framework. 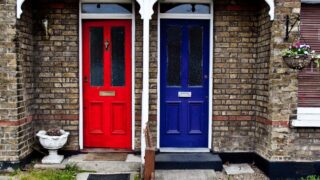 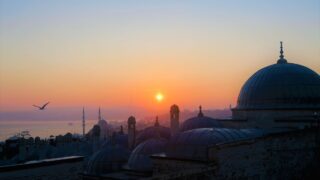 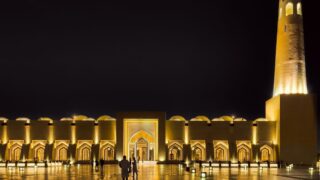