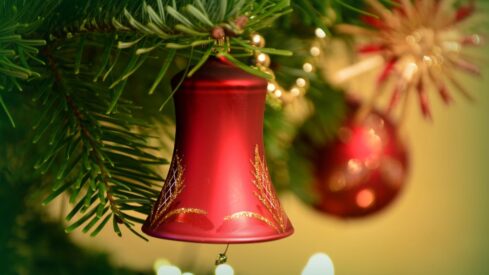 Are you a new Muslim trying to survive Christmas? Are you feeling lonely, cooping yourself up in your room on Christmas Eve? Ignoring all the carols being sung outside your door? Or maybe you’re taking a stroll around the block trying not to notice all the Christmas trees, colored lights, and Santas that stare you in the face.

If all these trials of ignoring Christmas prove a complete failure (which they probably will), why not relax and think deeply whether Islam really prevents Muslims from enjoying their family gatherings?

Well, the answer is no, it is neither righteous nor pious in Islam to exclude your family from your life. On the contrary, it is forbidden to neglect your family and break ties with your relatives. Prophet Muhammad (peace and blessings be upon him) said, “The severer of the tie of kinship will not get into Paradise” (Sahih Muslim).

You Are Not Alone

The Qur’an stresses the importance of family rights by placing it immediately after mention of a person’s testifying to Allah’s oneness (the first pillar of Islam). Allah says what means:

[Serve Allah, and join not any partners with Him; and do good to parents, kinsfolk, orphans, those in need, neighbors who are near] (An-Nisaa’ 4:36)

Being a Muslim does not mean that you have to live in your own little world, isolating yourself from those around you, and feeling that you have become a stranger to everyone you love and care for. This matter was also a worry during the lifetime of the Prophet (peace and blessings be upon him). Asma’ the daughter of Abu Bakr As-Siddiq once asked the Prophet concerning her relationship with her non-Muslim mother, who was hoping for her daughter’s favor. The Prophet answered that yes, she should keep good relations with her (Al-Bukhari). Then Allah revealed the verse that means

[Allah does not forbid you respecting those who have not made war against you on account of (your) religion, and have not driven you forth from your homes, that you show them kindness and deal with them justly; surely Allah loves the doers of justice.] (Al-Mumtahanah 60:8)

Of course, socializing with your family does not mean you can join them in singing carols, drinking alcohol, and eating pork. Islam allows you to share the cheerful spirit of the family gathering, strictly according to Islamic teachings, just as you would on any other day. You are not actually celebrating Christmas or relating to the event in any way, but you are only there for the sake of keeping steady and strong relations with your family.

The Prophet clearly disapproved on finding the Muslims of Madinah celebrating two pre-Islamic holidays. He told them that Allah had given them two better holidays, which were `Eid Al-Fitr and `Eid Al-Adha (An-Nasa’i and Abu Dawud).

In fact, Christmas is not the day on which Prophet Jesus (peace and blessings be upon him) was born at all. December 25 was originally the god Mithra’s birthday in the Roman pagan cult, which is in no sense related to Prophet Jesus.

Muslim parents must make it clear to their children that they cannot participate in celebrating Christmas, even while visiting their non-Muslim relatives. But parents should teach their children that Muslims have holidays on which they can have fun, put up decorations, and get gifts. This is to help the children relate to Islam and correct the misconception that Islam is all about worship and no fun. On the contrary, having fun in Islam is in itself an act of worship, provided that a person does it with the right intention and according to the teachings of Islam.

At first, it may be difficult for your family to accept that you have taken up a new religion and they may give you a hard time, but as a Muslim you should be tolerant and set a good example that reflects the true Islamic morals. This is why Allah stresses that Muslims should never deal harshly with their parents, even if they are non-Muslims who may try to turn him away from Islam. In one verse Allah says what means:

[We have enjoined on man kindness to parents; but if they strive to make thee join with Me that of which thou hast no knowledge, then obey them not. Unto Me is your return and I shall tell you what ye used to do.] (Al-`Ankabut 29:8)

During the lifetime of the Prophet a man was also put in this situation, so he went to the Prophet and said, “Allah’s Messenger, I have relatives with whom I try to have close relationship, but they sever (this relation). I treat them well, but they treat me ill. I am sweet to them, but they are harsh towards me.” Upon this the Prophet said, “If it is so as you say, then you in fact throw hot ashes (upon their faces) and there would always remain with you on behalf of Allah (an Angel to support you) who would keep you dominant over them so long as you adhere to this (path of righteousness)” (Sahih Muslim).

So you see, surviving Christmas is not so hard or depressing after all. It just needs some steadfastness and patience if any smart comments are made about you, a lot of love for your family so they know that Islam brings out the best in you, and plenty of faith in Allah that He will safely guide you through the holiday season and reward you for anything you have taken upon yourself for the sake of His obedience.