Justice in Islam the Backbone of Creation 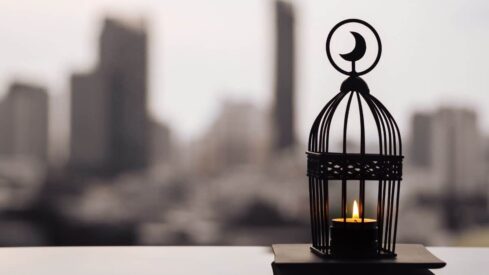 Islam attaches the highest importance to justice. In fact, Divine Justice is the backbone of the whole act of creation. The balance and the due proportion evident in the heavens and the earth are a manifestation of Allah’s (God’s) Justice.

Thus in Islam, balance and justice are central to the design and order underlying Allah’s creative fiat as also in the ultimate Reckoning on the Day of Judgment. It is the consequence of Divine Justice that man has free will because, without free will, man does not merit either reward or punishment for his deeds. For this reason, the great scholars of Islam have called free will the Principle of Justice.

If we study the cause of the ruin of many past civilizations, we find at the root the neglect of justice. In fact, justice is a value that a ruler can ignore only at his own peril. In the case of a people who violate the fundamentals of justice, Allah will punish them severely. That is the valuable lesson we learn from history. The Qur’an repeatedly admonishes the believers to travel in the world and study the history of past societies, particularly the nations that were destroyed for their iniquities.

Allah commands us in the Qur’an to do good and to avoid shameful deeds, injustice, and rebellion. He commands us to be just, even if we hate a people.

Social justice is an important prerequisite for peace in the world since an unjust social system is a temporarily dormant volcano whose eruption can be expected any moment. How can there be peace when stolen property is not restored to the owner, or when criminals go free after blatantly breaking law and order? Since Islam is a practical religion and not a religion of sweet, impracticable homilies, such issues are necessarily addressed within the purview of religion itself.

For in Islam, religion is not so rarefied and sublimated as to ignore social or political concerns. For this reason Islam cannot approve of a purely spiritual movement that never bothers about the problems of the people. Islam does not leave burning issues of the society to the whims of self-seeking Machiavellian politicians, but deals with politics itself, which cannot be separated from life. It is for the same reason that good Muslims are committed citizens of a country and not ascetics who flee from the day-to-day affairs of the world.

In a society where the best minds are absorbed in abstruse metaphysical disquisitions, Vedantic philosophy may develop; but the most grievous injustice will prevail in that society, causing incalculable suffering to the people. Isn’t it a pity that in the “most civilized countries”, people are still treated as second class citizens on the basis of their skin color?

Islam is strongly opposed to all forms of injustice and takes all measures to ensure that justice prevails in every field. Naturally, Islam faces staunch opposition from those quarters where the vested interests want to continue their exploitation freely, without any interruption.

The emphasis on justice very clearly bears out Islam’s stance on a justly balanced society, the realization of which in space and time, is the desired end of all the means at the disposal of a Muslim society.