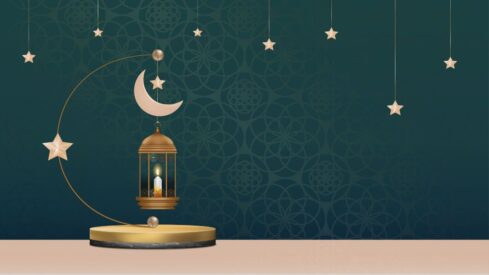 God loves those who are patient, purified, beneficent, reliant on Him, fair, and devout; and the Prophetic Sunnah abounds in traits and qualities that God loves.

On the other hand, He hates those who are unjust, aggressive, corrupting, squandering, arrogant, indulged (in the perishable pleasures and enjoyments of the present world), disloyal, and arrogant.

Allah loves assisting grieved people, proper performance of work, and equality in treating one’s children – even in kissing them. He also loves to see His slave exerting his efforts in seeking lawful things. He loves that His slaves preserve friendship and amity among themselves.

Allah, All-High, detests misers, insistent beggars, unfair wealthy people, those who are vulgar and indecent, those who are dirty, untidy, wasteful, spend thrift, prodigal, and frivolous. He hates those who are knowledgeable concerning the present world but heedless of the Hereafter. He does not like divorce, ingratitude, disobedience, indecency and obscenity.

The most beloved work to Allah is the most persistent, even if it be little, bringing happiness to Muslims, love and hatred motivated by one’s love for Allah, guarding one’s tongue against evil talk, performing prayers on time, and offering food. The most beloved house to God is that in which an orphan is being well-treated.

In this context, the Prophet (peace be upon him) said:

Here is a very delicate and serious issue, namely the fact that there is a great difference between love for the sake of Allah and love with Allah.

Love for the sake of Allah is the token of perfection of belief, but love with Allah is mere polytheism. If love for Allah is deeply rooted in man’s heart, it necessitates that he should love only the things or people that Allah loves. In other words, he should love all of Allah’s prophets and messengers, His friends and callers for Him; and he should also love true believers and pious righteous people. Also, he should hate all of the things or people that He hates, such as the infidel, rebellious, and disobedient.

The sign of love and hate for the sake of Allah is that your detestation for those whom Allah detests should by no means turn into love if they do good to you or satisfy your personal needs. Similarly, your love for those whom Allah loves should not turn into hatred if something unpleasant befalls you from them, intentionally or otherwise.

In the light of the above-mentioned facts, it can be said that the whole religion is based on four rules that stem from the principle of love and hate, which results in action or abstention. In other words, those whose love, detestation, action or abstention are for the sake of Allah are true believers whose faith is perfect.

Love with Allah, however, is of two kinds, one that corrupts the notion of Monotheism and is, hence, inevitably a kind of polytheism; and another that corrupts perfection of sincerity but does make man a non-Muslim or a disbeliever.

The first kind of love with Allah is that which polytheists have towards their idols and false gods, which they worship besides Allah: a love of deification and devotion conducive to fear, hope, prayer and supplication. Such love is the very Polytheism that is unforgiveable by God.

The second kind of love is to love the things that Allah has adorned for mankind and are, therefore, so beloved to them, such as women, children, heaped up hoards of gold and silver, branded horses, livestock and farmland …etc. This love is of three kinds: if man loves them for the sake of Allah and for attaining thereby His Love and Good Pleasure by showing adequate obedience and devotion, he is well-rewarded. It is, as is wisely said, “How good money is whereby I preserve my honor and attain my Lord’s Good Pleasure!”

Were the question of love abolished, all ranks of faith and good-doing would also be abolished, and no one would strive for Allah’s cause or seek His good pleasure. This is because love is the essence and spirit of every rank, work and effort. In other words, if man’s work is void of love, it is like a dead body that has no spirit.

This is because the God, Whom people deify out of love, humbleness, fear, and submission, Whom their minds necessitate that love for Him should be given priority over love for their own selves, families, properties, and children, and Whom man’s mind and original nature as well as logic and Divine Revelation call for loving Him and even singling Him out for true sincere love, must be loved and turned to with submission, devotion and obedience. This was reiterated by all of the Holy Prophets and Messengers, who confirmed that Allah does not love and does not accept the heart that contains love for others besides Him or work that is done for the sake of others besides Him.

Some scholars said: “There are ten things which are waste and useless: a heart that is void of love for Allah, eagerness unto Him, and affability with Him, love that is not confined by God’s good pleasure and commandments, knowledge that is not put into practice, work that is neither sincere nor rightly guided, a body that is not used in the way of Allah or for serving His slaves, an intellect that is utilized for futile vain things, wealth that is hoarded up and not spent for the benefit and welfare of mankind, time that is not spent in the Way of Allah or for good deeds, service that you give to those who do not bring you nearer to Allah or benefit you in the present world, fear of and hope for those who are under Allah’s Power and in His Grasp, and, therefore, can do you neither harm nor good, and can bring you neither life nor death.

Undoubtedly, knowledge of Allah leads to love and love to obedience; and obedience is the price for Allah’s love, help, and victory:

{Allah has promised, to those among you who believe and work righteous deeds, that He will, of a surety, grant them in the land, inheritance (of power), as He granted it to those before them, that He will establish in authority their religion – the one which He has chosen for them, and that He will change (their state), after the fear in which they (lived), to one of security and peace. They worship Me (alone) and do not associate aught with Me. If any do reject Faith after this, they are rebellious and wicked.} (24:55)

But, in answer to a question that could exist in the mind, God says:

{But after them there followed a posterity who missed Prayers and followed after lusts; soon, then, will they face Destruction.} (19: 59)

And if it is asked: “What should we do?” the Holy Quran Answers:

{If you return, so shall We. Not the least good will your forces be to you even if they were multiplied, for verily, Allah is with those who believe!} (8: 19)

{Verily, never will Allah change the condition of a people until they change that which is in their own selves).} (13: 11) 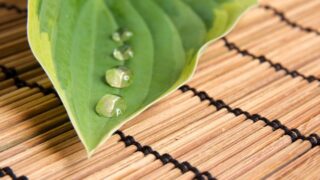 Tranquility of the Heart Search for The Best Companions