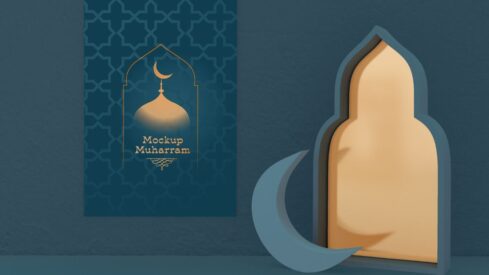 The alternation of day and night, the change of seasons is a great sign of the kudrat of Allah. This is also a great favor of Allah to human beings. It is narrated in the Quran,

He is the One who made the day and the night following each other, for the one who wishes to be mindful or wishes to show gratitude.

Undoubtedly, Allah made some days, nights, and months more sacred than others. The reward of good deeds at that particular time is much more than that at other times. But he did not make any day or night or any month evil. Time is Allah’s favor and kindness. By doing good deeds, anybody can make his time blessed and fruitful.

It is a habit of Jahiliyyah to regard any day or night or month as evil or to take any particular time a carrier of misfortune for a particular work. For example, during the day of Jahiliyya, some people thought that the month of Shawal is evil for marriage. Ummul Muminin Hazrat Ayasha R. refuted this misconception and said, the prophet sm married me in Shawal, and spent the first night of marriage in Shawal. So, who is more fortunate from the wives of the Prophet Sallallahu Alayhi wa Sallam than me? (Sahih Muslim, Hadith 1423)

Nowadays some people have these types of misconceptions regarding Muharram. They think it is bad to marry in Muharram. Maybe the cause behind this misconception is that this month Hussain R. was martyred. But they do not think that time is by no means evil. Especially, Muharram is one of the four blessed months (ashhure hurum). It is the first meritorious and important month after Ramadan. How can this month be evil due to the martyrdom of Hussain R.? Evil omen is in those people’s works who killed Him unjustly. Is there any month in a year when no great person was killed? Then, are all months of a year evil?

Regarding the month of Safar people of Jahiliyah thought that it was bad and evil. This type of misconception is undoubtedly superstition, which is refuted by Islam. Thus, Islam rescued people from a big danger and made the path to peace and happiness easy.

Superstition means to believe something only based on conjectures without any evidence and take its influence in real life. It is a dangerous disease that makes people’s minds full of imaginary things. It drowns people in depression and despair and imposes upon them different kinds of unbearable customs. Following these conjectures is not only the root cause of many false beliefs and many bida’h (works innovated), it is also the root cause of major sins like Shirk.

To believe in bad omen and the tendency to take its influence is one of the worst superstitions, which left a bad influence upon people’s lifestyle. As its basis is different imaginary assumptions and conjectures, it is impossible to imagine how many categories there are in bad omen based on times, places, and persons.

A great achievement of Islam is that Islam rejects conjectures without any evidence and gave the neat and clean belief of Tawheed (oneness of Allah) in which there is no room for blind belief and superstition. Especially Islam refuted very strictly the tendency to take bad omen from something.

The prophet (SAW) said, infection of some disease, bad omen, owl, Safar is false imagination. They have no reality. [Bukhari Hadith 5757, Muslim Hadith 5743]

In this Hadith, some superstitions have been refuted:

a. The concept of infection of disease by itself from someone to another is shirk. The Prophet (SAW) refuted this concept by saying that who infected the first person? Yes, when it is proved scientifically that this disease may infect the one who associates the ill, there is no problem in taking caution besides the belief of tawheed. In some cases, sharia orders to be cautious. The concept that is refuted in sharia is that some diseases can infect themselves, while the harm and benefit cannot be done except by the order of Allah. Life and death, illness and wellbeing these things are all controlled by Allah.

b. Secondly, the subject that is refuted in this Hadith is to take a bad omen from something, which is stated in the Hadith by the word of Tiyarah. The root of this word is  طير i.e. bird. In Arab country, the most common way to determine which is good and which is bad is that they make some birds fly when they want to do something. If the bird flies on the right, they take a good omen from it. If it flies on the left, they take a bad omen from it, and accordingly they decide to do something or not to do something. Then any bad omen is called tiyarah, whatever its way may be.

He who believes in destiny, and whose belief in tawheed is clear, who considers that it is Allah who is the controller of all goodness and evil, he cannot fall after a good or bad omen. These are works of those who accept different imaginary things as their belief and take something a bad omen without any evidence. This kind of belief is not but one kind of shirk.

Someone asked the prophet (SAW) that oh Allah’s prophet, in the age of ignorance, we used to determine which is good or bad by making birds fly. He answered that this is waswasah of your mind (false idea). So do not abstain from your work because of this.

In another Hadith the prophet (SAW) said, if you feel this kind of waswasah in your mind, then say these words and start your work

In another Hadith it is narrated that the man whom a bad omen desists from his work as if he commits a shirk. They asked, what is the remedy of it? It is said that say these words and start your work.

Oh Allah, all goodness comes only from you, and all evils happen by your order. There is no God but you.

In fact tawheed is such a high belief that in whose heart it is instilled, he never fears anybody other than Allah. The center of his concentration is only Allah. This is the life of tawheed. In whose heart there is not this life, in this hearts the weeds of shirk will grow, which is seen in those who believe in superstations.

c. Thirdly what is refuted in this hadith is the superstition of Jahiliyah about owls. People during the period of Jahiliyah believed that if an owl sits on the roof of a house, or the branch of a tree, there someone may die or something evil may happen although death or life, goodness or evil is destined, and everything will happen in the due time by the will of Allah. There is no connection between owls and these things. Did Allah who is the owner and creator of everything tell that the owl is a sign of the trouble? Is there any evidence in the Quran and Sunnah for taking this concept as a belief?

Of course, troubles come due to sins. This is why the door of repentance is always open. In the same way, the door of prayer to Allah for earning goodness and being protected from all evils is always open too. We should be careful about all these things.

d. Fourthly what is narrated in the Hadith is ‘Safar’. The scholars of hadith have different opinions in explanation of this word. One of them is, during Jahiliyah people consider Safar an unfortunate month. Islam refutes this wrong assumption and announced it a baseless and unreal superstition. Islam declared that there is no concept of bad omen in Islam. These are superstitions and fancy things made by minds. The biggest bad thing is the sins and misdeeds of mankind, which call upon the displeasure of Allah. Therefore we should refrain from these things.

There is no bad thing on a particular day or night or a month. Time is a great favor of Allah. We should utilize it properly and make it fruitful by doing good deeds. This is the way to take goodness and barakah. May Allah grant us tawfiq and save us from all kinds of waswasah and misconceptions.

The Path to Happiness & Inner Peace: Remembering God: Your Way to a Happy Life (Part 1)

To remember Allah, Most Gracious, means to remember Him through His cosmic and Quranic signs.

Some useful tips for constant God's remembrance and the reflection on its impact on Muslim daily practical life.

Many people may be surprised that Muslims love Mary, the mother of Jesus. 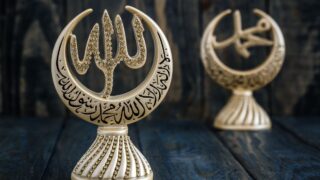