Months of the Islamic Calendar: Their Meanings 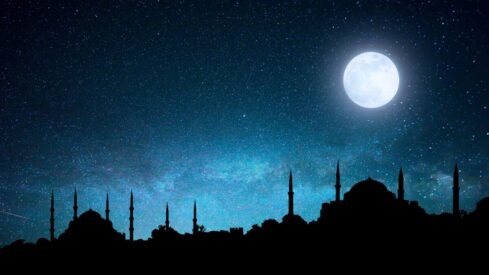 Indeed, there are many causes behind naming months of the Islamic calendar as such. In what follows we will try to shed some light on some of those causes:

1. Muharram: is named so because the Arabs used to prohibit fighting during it.

3. Rabi` al-Awwal: is named so because it usually coincides with the spring time.

4. Rabi` al-Akhar: is named so because it usually coincides with the winter time.

5. Jumada al-‘Ula: The Arabs named it so because water gets frozen at winter time, and that coincides with the time of Jumada al-‘Ula.

6. Jumada al-‘Ukhra: is named so because it coincides with winter time.

7. Rajab: is derived from the Arabic word ‘rajaba’ which means to ‘sanctify’ something. The Arabs used to sanctify the month of Rajab by putting a halt to fighting during that month.

9. Ramadan: The word Ramadan is derived from ‘Ar-ramda’ which refers to extreme heat. Ramadan time used to coincide with that extreme climate of heat in the Arab Peninsula, and that is why it is called Ramadan.

10. Shawwal: The name Shawwal is derived from the Arabic word ‘tashawwala’, which refers to the scarcity in she-camels’ milk.

11. Dhu-al-Qi`dah: refers to Arabs decline to go out fighting their enemies as the early Arabs used to call it a sacred month.

12. Dhu-al-Hijjah: is named so because the Arabs used to perform Hajj during that month.

The article has the list of collection of Hadith.