Muhammad in Their Eyes 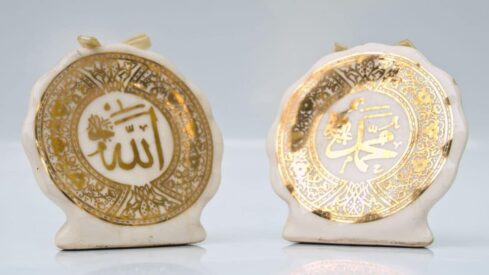 Sarogini Naidu, the famous poetess of India says about Islam: “It was the first religion that preached and practiced democracy; for in the mosque, when the call for prayer is sounded and worshippers are gathered together, the democracy of Islam is embodied five times a day when the peasant and king kneel side by side and proclaim: ‘God Alone is Great’… I have been struck over and over again by this indivisible unity of Islam that makes man instinctively a brother.”

“My choice of Muhammad to lead the list of the world’s most influential persons may surprise some readers and may be questioned by others, but he was the only man in history who was supremely successful on both the religious and secular level.”

Mahatma Gandhi, speaking on the character of Muhammad, (pbuh) says in (Young India):

“I wanted to know the best of one who holds today’s undisputed sway over the hearts of millions of mankind… I became more than convinced that it was not the sword that won a place for Islam in those days in the scheme of life. It was the rigid simplicity, the utter self-effacement of the Prophet, the scrupulous regard for his pledges, his intense devotion to this friends and followers, his intrepidity, his fearlessness, his absolute trust in God and in his own mission. These and not the sword carried everything before them and surmounted every obstacle. When I closed the 2nd volume (of the Prophet’s biography), I was sorry there was not more for me to read of the great life.”

In the words of Prof C. Snouck Hurgronje:

“The league of nations founded by the prophet of Islam put the principle of international unity and human brotherhood on such universal foundations as to show candle to other nations.” He continues: “The fact is that no nation of the world can show a parallel to what Islam has done towards the realization of the idea of the League of Nations .”

In the early years of the Islamic call, the Prophet (Pbuh) and Muslims faced an economic and social boycott that lasted three years.