Muhammad:You Must Know This Man

You Must Know This Man 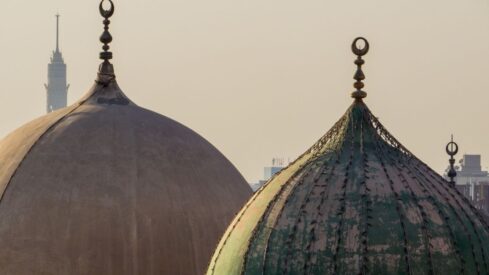 You may be an atheist or an agnostic or you may belong to any of the religious denominations that exist in the world today. You may have been a Communist or a believer in democracy and freedom. No matter what you are, and no matter what your religious and political beliefs, personal and social habits happen to be – you still must know this man.

He was by far the most remarkable man that ever set foot on this earth. He preached a religion, founded a state, built a nation, laid down a moral code, initiated numberless social and political reforms, established a dynamic and powerful society to practice and represent his teachings, and he revolutionized the worlds of human thought and human action for all time.

His name was Muhammad (peace and blessings be upon him)-and he accomplished all these wonders in the unbelievably short span of twenty-three years.

Muhammad (peace and blessings be upon him) was born in Arabia in 570 C.E., and when he died at the age of 63, the whole of the Arabian Peninsula had changes from paganism and idol worship to the worship of One God; from tribal quarrels and wars to national solidarity and cohesion; from drunkenness and debauchery to sobriety and piety; from lawlessness and anarchy to disciplined living; from utter moral bankruptcy to the highest standards of moral excellence. Human history has never known such a complete transformation of a people or a place before or since.

The Encyclopedia Britannica calls him “the most successful of all religious personalities of the world.” George Bernard Shaw said, “if Muhammad (peace and blessings be upon him) were alive today, he would succeed in solving all those problems which threaten to destroy human civilization in our times.” Thomas Carlyle was amazed as to how one man, single-handedly, could weld warring tribes and wandering Bedouins into a most powerful and civilized nation in less than two decades.

Indeed no other human being ever accomplished so much, in such diverse fields of human thought and behavior, in so limited a space of time, as did Muhammad (peace and blessings be upon him). He was a religious teacher, a social reformer, a moral guide, a political thinker, a military genius, an administrative colossus, a faithful friend, a wonderful companion, a devoted husband, a loving father-all in one. No other man in history ever excelled or equaled him in any of these difficult departments of life.

Muhammad was a man with a noble and exalted mission -and his unique mission was to unite humanity in the worship of the One and only God and to teach them the way to honest and upright living in accordance with the laws and commands of God. He always described himself as a messenger and servant of God, as indeed every single action and movement of his proclaimed him to be.

The least you should do as a thinking, sensitive, concerned human being is to stop for one brief moment and ask yourself: Could it be that these statements, extraordinary and revolutionary as they sound, are really true? Supposing they really are true, and you did not know this man Muhammad (peace and blessings be upon him) or hear about his teachings? Or did not know him well and intimately enough to be able to benefit from his guidance and example? Is it not time you responded to this tremendous challenge and made some effort to know him? It will not cost you anything but it may well prove to be the beginning of a completely new era in your life.