Outstanding Forgiveness of the Prophet 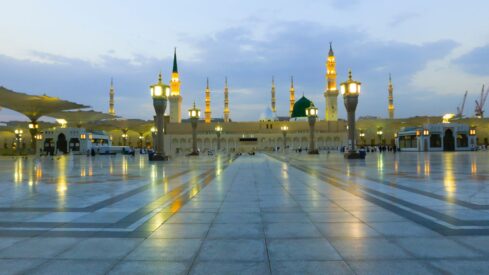 Another great quality of Muhammad was that he never took revenge on anyone for personal reasons and always forgave even his firm enemies. His wife `A’ishah reported that Allah’s Messenger was not unseemly or obscene in his speech, nor was he loud-voiced in the streets, nor did he return evil for evil, but he would forgive and pardon. The people of the Quraysh rebuked him, taunted and mocked at him, beat him and abused him. They tried to kill him and when he escaped to Madinah, they waged many wars against him. Yet when he entered Makkah victorious with an army of 10000, he did not take revenge on anyone. He forgave all. Even his deadliest enemy, Abu Sufyan, who had fought so many battles against him, was forgiven, as was anyone who stayed in his house.

`Abdullah ibn Ubayy, the leader of the hypocrites of Madinah, worked all his life against Muhammad and Islam and left no stone in trying to defeat his mission. He withdrew his three hundred supporters in the Battle of Uhud, which almost broke the backbone of the Muslims. He engaged in intrigues and acts of hostility against the Prophet of Islam and the Muslims. He tried to discredit Allah’s Messenger by spreading slander about his wife `A’ishah. About this incident Almighty Allah says: “Lo! They who spread the slander are a gang among you. Deem it not a bad thing for you; nay, it is good for you. Unto every man of them will be paid that which he has earned of the sin; and as for him among them who had the greater share therein, his will be an awful doom.” (An-Nur: 11) Yet Muhammad forgave him and offered his funeral prayer and prayed Allah to forgive `Abdullah. But afterwards, Allah revealed: “And never (O Muhammad) pray for one of them who dies, nor stand by his grave. Lo! They disbelieve in Allah and His Messenger, and they died while they were evil doers.” (At-Tawbah: 84)

An Abyssinian slave who had killed Muhammad’s beloved uncle Hamzah in the Battle of Uhud was also forgiven when he embraced Islam after the victory of Makkah. The wife of Abu Sufyan, who had cut open Hamzah’s chest and torn his liver and heart into pieces in the Battle of Uhud, quietly came to the Prophet and accepted Islam. He recognized her but did not say anything. She was so impressed by his magnanimity and stature that she said, “O Allah’s Messenger, no tent was more deserted in my eyes than yours; but today no tent is more lovely in my eyes than yours.”

Habar ibn al-Aswad was another vicious enemy of Muhammad and of Islam. He had inflicted a grievous injury to Zaynab, daughter of the Prophet. She was pregnant when she emigrated from Makkah to Madinah. The polytheists of Makkah obstructed her and Habar ibn al-Aswad intentionally threw her down from the camel. She was badly hurt and miscarried as a result. Habar committed many other crimes as well. He wanted to run away to Persia but then he came to Muhammad, who forgave him.

Muhammad was all for forgiveness and no amount of crime or aggression against him was too great to be forgiven by him. He was the complete example of forgiveness and kindness, as mentioned in the following verse of the Qur’an: “Keep to forgiveness (O Muhammad), and enjoin kindness, and turn away from the ignorant.” (Al-A`raf: 199)

He always repelled evil with good, for, in his view, an antidote was better than poison. He believed and practiced the precept that love could foil hatred and aggression could be won over by forgiveness. He overcame the ignorance of the people with the knowledge of Islam, and the folly and evil of the people with his kind and forgiving treatment. With his forgiveness, he freed people from the bondage of sin and crime, and also made them great friends of Islam. He was an exact image of the following verse of the Qur’an: “Good and evil are not alike. Repel evil with what is better. Then he, between whom and you there was hatred, will become as though he was a bosom friend.” (Fussilat: 34)