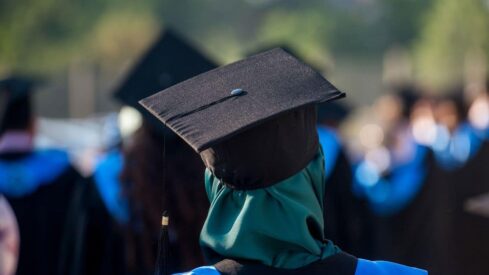 Islam gave women a variety of rights 1,400 years ago that were not acknowledged in Western countries until the 17th century.

According to the Encyclopedia Americana in English Common Law: all the real property held by a woman at the time of her marriage became the property of her husband — he was entitled to the rent from the land and any profit that might be made from managing it.

In Islamic law, women have an unqualified right to own property, a right that does not change on marriage. A woman is also free to dispose of her property, — bequeath it, rent it, sell it, invest it — in any way she likes, without consulting any one else.

Incidentally, a Muslim woman is not required to change her maiden name on marriage, she retains her own name, a symbolic demonstration of the fact that even on marriage, Islam recognizes her independent legal personality.

It was not until the late 1870s onwards in England (and even later elsewhere in Europe) that married women achieved the right to enter contracts and own property. In France, these same rights were not recognized until 1938.

At the time of Prophet Muhammad, women themselves were an object of inheritance because they were considered to be part of the possessions of a man. Pre-Islamic Arabs were not the only community to have such views.
The Qur’an, however, established the right of women to a share in inheritance and indeed determined the shares that male and female heirs of the deceased should have. This “determined” share is calculated by Allah Himself in His wisdom and cannot be changed, and any will that recommends the exclusion of a particular heir renders it null and void.
There is a verse in the Qur’an detailing the Islamic position on inheritance that was revealed in response to a complaint made by a Muslim woman to the Prophet: her brother-in-law had taken the whole of her recently deceased husband’s property, even though she had two daughters.

The Islamic law of inheritance is extremely detailed, but its most salient features are that:

a. The extent of the share of inheritance is dependent on the heir’s relationship to the deceased.

b. In most cases, the male’s share of the inheritance is twice that of the female’s. This is due to the variant financial responsibilities of the male and the female in Islam. It is clear that men need the extra share of inheritance in view of the commitments they have, not only to their own families, but also to other poor relatives who may be dependent on them.

c. The shares to be allotted out of any inheritance are determined by Allah and not by any human being.

In fact, taking Islamic law as a whole, women are much more favored financially than their male counterparts for the following reasons:

During the period of engagement prior to marriage, any gifts given by the woman’s fiancé are her own.

On marriage, she is entitled to receive a marriage gift, dowry, (which usually takes the form of money) and this is her own property.

If the woman has any property prior to her marriage, this property continues to be at her sole disposal after the marriage; her husband has no claims on it.

Even if the wife is rich, she is not required to spend a single penny on the household; the full responsibility for her food, clothing, housing, medication, recreation, etc. is her husband’s.

Any income the wife earns through investing or working is entirely hers, to be spent as she alone wishes.

In case of divorce, if there is any deferred part of the dowry still to be paid, it becomes due immediately.

Are Muslim Women Allowed to Work?

There is no legal provision in either the Qur’an or the Sunnah of Prophet Muhammad, which prohibits women from seeking a career or a job. Indeed in the ideal Islamic society, it is desirable that women are treated and nursed by women, and that female children are educated by women teachers at primary and advanced levels. Women are entitled to equal rates of pay with men doing similar work.
In Islamic law, however, the most significant role for a woman is that of motherhood and household management; if there is a conflict between this and a career, Islam says motherhood should take precedence because of its importance to society.

The biggest problems in contemporary society result from looking down on the role of the mother, yet no one is as productive as she is: A husband would become bankrupt very quickly if he had to pay her for all the work she does; sometimes she is “on call” 24 hours a day! There is no greater fulfillment than a happy home with healthy and well-brought up children.