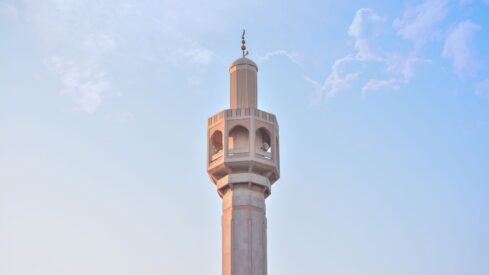 Prophet Muhammad (peace and blessings be upon him) is the practical image of Islam. There is no way that one can get to know Islam, the true religion of Allah, without knowing Muhammad, the Messenger of Allah, and his guidance, work, instructions, and prohibitions. He made peace and war, settled and travelled, sold and bought, and gave and took.

Muslims weakened only because they failed to follow his pattern and guidance. As we are told in the Noble Qur’an:

{Certainly you have in the Messenger of Allah an excellent exemplar for him who hopes in Allah and the last day and remembers Allah much.} (Al-Ahzab 33:21)

Negligence of some Muslims reached the extent that they only read or discuss the Prophet’s biography during celebrations and forums, without actually following his guidance in all affairs of life.

Some others may read it either for obtaining blessings or for merely getting familiar with the various events involved therein. This comes from one of two reasons:

First: Those people may be ignorant that following the Prophet’s pattern and guidance is a command from Almighty Allah and is a prerequisite for gaining His love.

Second: They may not know how to derive guidance from his biography, either due to a weakness in their sense of inference or their lack of knowledge and adequate readings.

The biography of the Prophet is not meant to be taught for the pleasure of reading nor for the knowledge of a certain historic period.

Also, learning it should not be driven by the mere love of studying the biographies of heroes and great men. A Muslim should have various goals when studying the Prophet’s biography, among which are the following:

First: As previously said, Almighty Allah has commanded the believers to obey His Messenger and follow his perfect example. In the Qur’an, He says:

{He who obeys the Messenger has indeed obeyed Allah.} (An-Nisaa’ 4:80)

{Say [O Muhammad], “If you really love Allah, follow me; Allah will love you and forgive you your sins.” Allah is All-Forgiving, All-Merciful.} (Aal `Imran 3:31)

Indeed, the Prophet was the practical image and living example of Allah’s religion without whom we cannot possibly know how to obey Almighty Allah and worship Him.

From his biography, scholars derived the techniques and different phases of da`wah (i.e., calling to Islam). From it they also got to know the tremendous effort exerted by the noble Prophet for the sake of raising the word of Almighty Allah and how he reacted in face of the hardships and obstacles that had come on his way.

• Teachers can derive the methods and techniques of education

• Rulers can derive the systems and methodologies of leadership

• Ascetics can derive the meaning and essence beyond asceticism

• Traders can derive the aims, systems, and profitable methods of trading

• Those who are suffering can learn the highest degrees of patience and persistence, thus their determination can grow and their trust in Almighty Allah can increase, knowing that the result will ultimately be in their favor

• The whole nation can derive the morals, manners, and merits that are pleasing to Almighty Allah

Throughout history, there have always existed many kings, leaders, poets, and philosophers. None of them, however, has left behind such a biography and such a pattern to be followed as that left by the Prophet. All their credit has been erased, and the only thing left is some of the glory of their names.

Moreover, the biographies of many powerful people had ended up as mere stories to be told all through history. What remained of King Nimrud who said to Prophet Ibrahim (Abraham — peace be upon him) {I give life and cause death} (Al-Baqarah 2:258)? And what was the destiny and end of Pharaoh, who said {I am your lord, the most high} (An-Nazi`at 79:24) and {I do not know of any god for you besides myself} (Al-Qasas 28:38)?

Such people can only succeed in deceiving their people for some time. Yet, their deception will soon be shown up, and they will become a mockery throughout ages.

Along with the Noble Qur’an, the biography of the Prophet is meant for getting people out of the darkness of polytheism and false worship to the light of monotheism and belief in Allah, the Creator of all. Addressing His Prophet, Almighty Allah says:

{O Prophet! Verily, We have sent you as a witness, a bearer of glad tidings, and a warner, and as one who invites to Allah by His leave, and as a lamp spreading light.} (Al-Ahzab 33:45-46)

Second: By studying the biography of the Prophet — involving the miraculous signs of his prophethood and his noble manners and attitude — our belief in his honesty and truthfulness increases.

Third: Also by studying his biography, our love of him becomes deeply entrenched in our hearts. This is because from his biography we come to know about his virtuous manners, his generous treatment, his great concern for guiding people to the right path and for their welfare, and the precious sacrifices he made along that noble path of his life. When we learn about his great concern to ward off any hardships that may befall his nation, our love for him will surely deepen.