If They Knew Him, They Would Have Loved Him 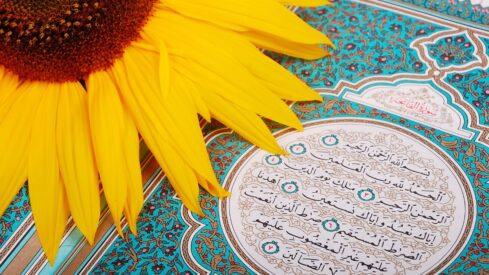 There are many aspects of Prophet Muhammad’s (peace be upon him) personality that are not just admirable in and of themselves, but also exemplary because they highlight his great humility and approachability as a person, despite his high-ranking status as the last messenger of God, and as the indisputable leader of the Muslims.

Prophet Muhammad had an enormous mission in life since he received the first Divine revelation from Gabriel: that of conveying God’s message to mankind.

As a result, he must have undoubtedly had a full daily schedule comprising of meetings with important people, in addition to the burden of other crucial tasks, such as planning strategies, delegating assignments and executing objectives for the Muslim ummah, especially in the latter part of his life, which he spent in Madinah, when Islam was being established as a state religion, social system, and economic order.

Despite these time-consuming commitments, he was actually not a workaholic, and he spent considerable time with his family.

He also amicably dealt with people from all walks of life in an unruffled, reasonable and appropriate manner, whenever they approached him – a manner which always left them fulfilled and satisfied, even those who came to complain to him.

He clearly proved through his interactions with everyone how human and down-to-earth he was, despite being chosen by God to receive Divine revelation as the final messenger towards mankind.

An Easygoing and Loving Family Man

In some cultures across the world, it is considered derogatory for the “man of the house” to help out in his family by doing household work. Most men hardly pick up after themselves, expecting their mothers, sisters, wives or daughters to do the needful, let alone help these ladies out by making their task easier.

Prophet Muhammad was not like that. Instead of lounging around being served by ladies at his beck and call like a king on a throne while he was at home, he would help in the housework, and he used to fix his clothes and personal belongings himself.

“I asked Aisha: “What did the Prophet use to do at home?” She said: He used to work for his family, and when he heard the Adhan (call for the prayer), he would go out.” (Al-Bukhari)

The Prophet also did not shy away from expressing love for his wife and daughter. He would get up to greet his daughter Fatima when she came to visit him, and would drink from a vessel by placing his lips on its rim exactly where his wife Aisha’s lips touched it when she drank from it before him.

A Kind and Concerned Senior Figure

Nowadays it is common for someone who occupies any kind of leadership position to fall into the trap of arrogance, by letting their authority over others ‘get to their head’, so to speak.

Whether it is a person in a corporate office, a chauffeur, doorman, personal assistant, or any other kind of subordinate who works for us and makes our life easier, if they do not do the work that we give them to do on time, and exactly the way we want them to, it is not unheard of for some fussy employers to retaliate unjustly.

They can fire the errant employee on the spot in a fit of anger, or humiliate them by shouting at them disrespectfully, and even going so far as calling them demeaning names in front of others. This leaves often permanent scars on the subordinates’ sense of self-worth and self-esteem, not to mention sully the work environment and the general aura around employer-subordinate relationships.

Imagine having a superior who never did any of the above, because he knew how to motivate his employees in a gentle manner, and could extract the best performance from them using methods of positive reinforcement and other psychological behavioral methodologies, which built up their self-esteem, and so automatically brought out their innate talents and optimum results, without needing to exert his authority over them?

This is exactly the way Prophet Muhammad treated his employees, personal assistants and other people younger than him, who came to serve him, learn from him, or benefit in any way from his training and mentorship, whether they were Muslim or non-Muslim.

“A young Jewish boy used to serve the Prophet and he became sick. So the Prophet went to visit him. He sat near his head and asked him to embrace Islam. The boy looked at his father, who was sitting there; the latter told him to obey Abul-Qasim (i.e. Prophet Muhammad) and the boy embraced Islam. The Prophet came out saying: Praises be to Allah Who saved the boy from the Hell-fire.” (Al-Bukhari)

There are several key points to note in the above narration: First, the young age of the Jewish boy and the fact that the Prophet, even when he was no longer being served by this boy, went to visit him when he was on his deathbed. How many modern-day employers of young valets visit the latter when they fall ill?

Not just that, but the Prophet did the utmost benevolence to him at that crucial point when his life was in danger: extended an invitation towards him to accept Islam. Lastly, even after the boy accepted Islam, the Prophet did not think that this was because of his own efforts, but attributed this good outcome to God, and like a humble slave of God, thanked Him for saving the boy from the Hell-Fire.

The Prophet was indeed the most kind and caring of superior authority figures, unlike any “boss” you will find in the modern world! He never even reprimanded those who worked for his service if they forgot to do something, or did something that he did not like, despite their being young minors/children:

“When Allah’s messenger came to Madinah, he did not have any servant. Abu Talhah (Anas’ step-father) took me to Allah’s messenger and said, “O Allah’s Messenger! Anas is a wise boy, so let him serve you.” So, I served him at home and on journeys. If I did anything, he never asked me why I did it, and if I refrained from doing anything, he never asked me why I refrained from doing it.” (Al-Bukhari and Muslim)

We all know how quick we are to scold, reprimand and correct young children, whether they are our own biological children, students/pupils, or servants. Just because they are much younger than us, we assume that we can get away with scowling, snapping and even shouting at them unnecessarily, whenever they become negligent or make a mistake, because they do not possess the means to retaliate, and because they are subjugated by us due to their lower age and socioeconomic status.

However, Prophet Muhammad never reprimanded Anas even once throughout the many years that he served him! This was because he was extremely compassionate with younger ones, and because he had empathy: he understood their human needs and desires.

“We came to the Prophet and stayed with him for twenty days and nights. We were all young and of about the same age. The Prophet was very kind and merciful. When he realized our longing for our families, he asked about our homes and the people there and we told him. Then he asked us to go back to our families and stay with them and teach them (the religion) and to order them to do good things.” (Al-Bukhari)

The older someone is, and the greater authority and leadership he enjoys in society, the less time he usually has to play with and talk to children. Not so Prophet Muhammad. He would not just find time to joke and play with children, but would remember their interests and hobbies when he encountered them later on as well.

“The Prophet was the best of all the people in character. I had a brother called Abu Umar, who, I think, had been newly weaned. Whenever he (that child) was brought to the Prophet the Prophet used to say: O Abu Umayr! What did al-nughair (nightingale) do? It was a nightingale with which he used to play with.

Sometimes the time of the prayer became due while he (the Prophet) was in our house. He would order that the carpet underneath him be swept and sprayed with water, and then he would stand up (for the prayer) and we would line up behind him, and he would lead us in prayer.” (Al-Bukhari)

As is evident from the previous narrations quoted above, Anas was sent to serve the Prophet as a young lad by his step-father Abu Talhah. Anas had younger brothers. The fact that the Prophet not only talked to little boys who had just been weaned, i.e. who were between 2-3 years old, about their pets with which they played, but also gathered these children together to lead them in prayer in his home (thus facilitating their moral training through love and play), shows his true humility and kindness as an adult, despite occupying the highest position of leadership among the Muslims.

Truly, if everyone in this world strove to educate themselves about Prophet Muhammad and saw him through the eyes of his companions, in particular, the little children, young men, and downtrodden women of his time, by reading the words about him penned by these scribes themselves, they would know what he was really like.

And if they knew him, they would surely have loved him!