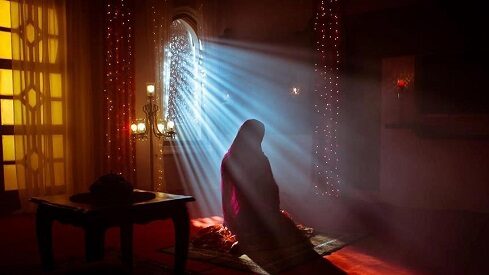 The prophetic education curriculum is characterized by the feature of inclusiveness that gathers together all the spectrums of human society, their Arabs and foreigners, males and females, old and young, which is based on what is stated in the great book: (and we did not send you except as a mercy for the worlds) [Al-Anbiya ’: 107]. As this educational approach was launched from the heights of the Hijaz and its suburbs, to the vast expanse of the world and the horizons, and it carries a message of mercy for humanity in general and for the vulnerable and rights-defeated in particular. The Prophet’s system, may the blessings and peace of Allah be upon him, revealed to us his guidance in elevating women, which is characterized by his comprehensive guidance in liberating human’s capabilities and pushing him to creativity and positive action, and to build the earth with goodness.

During the study of Dr. Rahima bin Hamo, a professor at the Prince Abdul Qadir University for Human Sciences, we explore some features of the approach that he, may God’s blessings and peace be upon him, followed to change women and release their creative energies, so that they transformed from a weak, stressed and oppressed creature in pre-Islamic society to an effective and influential element in the new Islamic community in Medina, we note the milestones that indicate this successful educational method, and this matter contributes to guiding educators, teachers and decision-makers in the matter of women, and liberating them from discrimination and racism practiced against them by the abusers, who claim women’s rights, and to Accord them due attention according to the guidance of the Prophet.

Landmarks of women’s liberation from discrimination and their advancement

The Prophet, may God bless him and grant him peace, through his call for monotheism and the rejection of polytheism, decided to honor and liberate all humanity from the bondage of slavery, injustice and oppression, especially the vulnerable children and women. In that regard, the prophet employed several educational methods, beside calling women to Islam, and their involvement in various social and cultural activities in the Islamic State, these curricula are milestones and steps on the road to liberating and promoting women from discrimination and intellectual and media slavery, and among these are the following:

A – Establishment of the principle of one origin: This is the most prominent principles that the Prophet, may God’s blessings and peace be upon him, came with as he dealt with everyone alike as a single divine project in the universe. His calling included all humanity both Young and old, men and women, far and near, nobles and slaves, on this basis, most  followers of the Prophet were vulnerable.

” O people.” I said to that girl: Keep away from me. She said: He (the Holy Prophet) has addressed the men only and he has not invited the attention of the women. I said: I am amongst the people also.. Hadith [Sahih Muslim]. As Umm Salamah understood that the speech is directed to all those of responsible age without discrimination based on what they all have known, so no one denied it.

B – Activating the principle of equality at the level of legislation. There is no doubt that justice is a fundamental principle in the general system of Islamic values, and it was one of the reasons that contributed to the renaissance of the Islamic nation and became the savior of humanity from the injustice and slavery to anyone but God Almighty. One of the most prominent manifestations of women’s liberation and promotion was the removal of the legislative (legal) obstacles that made women a second-class creature, and this is confirmed by the Holy Qur’an. God Almighty says: We shall invest whosoever works for good, whether man or woman, with a pleasant life, and reward them in accordance with the best of what they have done.) [An-Nahl: 97].

C – Activating the principle of assignment and responsibility before God and society, as the Prophet’s approach emphasized the principle of equality in his religious speeches and communicated them to human societies in order to promote women, where women participate equally with men, because God Almighty addressed everyone as the duty bearers, and that at the level of responsibility Personality and public responsibility, God Almighty said: (God does not burden a soul beyond capacity. Each will enjoy what (good) he earns) [Al-Baqarah: 286].

D – Preserving human dignity and consideration of privacy, as the Messenger, may God’s blessings and peace be upon him, recommended women in many hadiths, and this noble verse contained all these: (Live with them with tolerance and justice) [An-Nisa: 19]. Among that is his saying, may God’s blessings and peace be upon him, “The best of you is he who is best to his family, and I am the best among you to my family” [Sahih, Al-Tirmidhi]. He considered honoring women and respecting their privacy and their morals as what the Messenger, peace and blessings be upon him, took care of and commanded the Companions to preserve and develop them, and to avoid exploiting them to weaken or oppress them. The Messenger, peace and blessings be upon him, said: Act kindly towards woman, for woman is created from a rib, and the most crooked part of the rib is its top. If you attempt to straighten it, you will break it, and if you leave it, its crookedness will remain there. So act kindly towards women.) [Sahih Muslim]

E – Focusing on education and teaching, for the Prophet, may God’s blessings and peace be upon him, who is the teacher of the entire ummah, has focused on a systematic education plan in his renaissance, civilization, and religious mission, in order to produce a generation or even generations of men and women who carry the banner of religion and activate it in the land, education and progress are two inseparable concepts and cultural values.

And if the Messenger of God use to preach to the Companions by selection, so he used to allocate days to teach women who represent the school of future generations. The story of the women’s request for the share allocated to them came from the master of messengers, may God’s blessings and peace be upon him, a share in which no one of the men shared. Bukhari narrated on the authority of Abu Saeed Al-Khudri Some women requested the Prophet (may the blessings and peace of Allah be upon him) to fix a day for them as the men were taking all his time. On that he promised them one day for religious lessons and commandments. Once during such a lesson the Prophet said, “A woman whose three children die will be shielded by them from the Hell fire.” On that a woman asked, “If only two die?” He replied, “Even two (will shield her from the Hell-fire)..”

And it came in another narration that the Prophet, may God bless him and grant him peace, set aside a day for them, so he taught them the Sunnah and the Prophet’s guidance.

F – social care for women, for he, peace and blessings be upon him, cared about women as part of his apparent guidance, and he included them within the social network that received good treatment from him, so he would visit some of them and console them in misfortunes and congratulate them in marriage. And he used to welcome them in his house for consultation on things that happen to some of them, such as the incident of Khawla, the argument about the issue of zihaar, and he used to consult some of his wives in public affairs, as he consulted Umm Salamah in the incident of the treaty of Al-Hudaibiya. The Messenger, may God’s blessings and peace be upon him, took the house of Ramla bint Al-Harith to accommodate those delegates who he wished  to shelter . 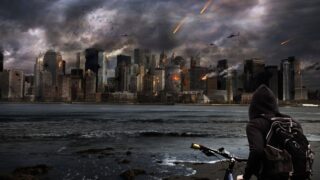