Religion in Mental Health: The Soul Under Pressure 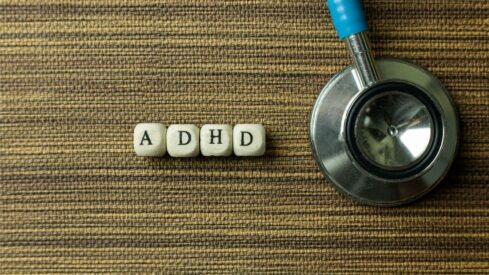 According to the World Health Organization this year, depressive disorders are the fourth leading cause of ill health and disability amongst adults worldwide. By 2020, it is expected that mental health disorders will represent the world’s largest health problem (Duckworth p.2). The spread of urbanization has been viewed as a major contributory factor to this as although it does increase opportunities for many, it also increases the pace of living and individualism.

The pressure to assimilate can be a daunting factor for immigrants even though waves of immigration over decades have enriched life in the United Kingdom; a culture that increasingly fails to provide a valid meaning for life. In the process it is not only many members of the immigrant population that become vulnerable to mental ill health, but also many indigenous people as well.

Their unique contributions, no matter how small, become devalued and sidelined while the crisis of modern day living becomes greater than they and those around them can handle. Where religion once offered order in home life and the outer world in addition to an opportunity towards self-understanding and growth, the calls of the outer world seem to promise offers of instant rewards whereby one can easily ‘follow the piper that plays the sweetest tune’. For those who have worked in the booming British mental health industry another story is told; a story that highlights the inadequacies of modern psychiatry for both the indigenous and non-indigenous alike.

When British journalist Magnus Linklater read ‘A Memoir of Moods and Madness’ by psychologist and manic depressive Kay Jamison, he discovered that she had confronted a disease that has defied many including the experts – remaining unreflected in the rhetoric of last year’s governmental White Paper on Reforming the Mental Health Act in England. In fact the gory details of the history of the British mental health industry up until today has done little to explore the minds of the mentally unbalanced, still strapped by fear of the unknown and embarrassed by the minds that are losing their own. Control has been the order of the day repressed by drugs, other forms of treatment and the judicial system. As in some parts of Africa today, once under the Muslim Turks in medieval Anatolia the ‘hospital villages’ of the Seljuk Empire viewed the mentally ill as people not to be feared and tortured as in the West but as ill people who had the choice to be admitted into the community under protection to be treated free of charge exempt from income tax on any income they would make (Songar p.3).

In today’s National Health System in Britain, Archie’s height was found to be intimidating to his fellow students thus attracting defensive aggression caused by the insecurity complexes of the mentally well.

His manic depression began at school and he was eventually unable to cope with school life.

Archie’s response to his arrival at a mental hospital was, to say the least, aggressive, being dragged inside kicking and screaming. From North to South he has resided in many hospitals and escaped many times. He has been exposed to a torrent of treatments but it was his inner recognition of his rights, character and will that survived the dilemma (Linklater 1-3). It is these characters I have found that are most likely to survive and end up the least handicapped, but for others the story is not the same especially where culture is involved as an additional fear to be reckoned with.

Ethnic Minorities Imprisoned in their own Minds

Both users and providers of the system have reflected concerns in many specialized British publications. The British mental health system has shown over-representation by certain groups, including Muslims.

Research has found that ethnic minorities are more likely to be admitted to hospitals under compulsory sectioning of the Mental Health Act (1983) requiring urgent treatment and thus placed in locked-up wards. They are likely to be diagnosed as schizophrenic not recognizing the reaction to how they are being treated (Hussein p.1) Sometimes incarceration is in a prison cell. Once at the mercy of this end of the mental health system, it is difficult to get out. If you were not a schizophrenic when you entered, the likely-hood of becoming one once on the inside is great due to the high doses of neuroleptic drugs given in preference to non-drug based treatments such as therapy. In a society that up until recently doesn’t equate religion as a way of life and is insensitive and ignorant towards any cultural and religious practices other than its own – a process of ‘imprisoning of the mind’ occurs among some groups increasing reactions of depression and anger as a result of the way they are perceived and treated.

Many writers have highlighted that this stems from a racial stereotyping and cultural imperialism adopted by mental health professionals amongst a people who have become increasingly emotionally disabled due to the sterile environment. (Hussein p.1). This in reality is not surprising, as modern psychology has largely been dependent on a tradition that divorces the importance of the soul from the social being. No attempt is made to develop any detailed understanding of how the religious beliefs of Muslims influence their relationship to themselves and their environment. It has been the experience of family members and some supportive communities that have challenged the machinations of the mental health system seeking accountability and change. From this has arisen community-based support agencies and professionals often under-resourced and undermined. It was these resources that were found useful in response to the backlash of September 11th. The Association of Muslim Schools enlisted consultants to advise teachers on how to handle the situation. Many teachers, however, have preferred to take a personal approach to each pupil. Some Islamic schools have used prayer as a means of achieving calm, whilst others have held discussion workshops. One pupil from an Islamic School experienced recurrent nightmares about the events. She feared that Islamic schools, as gathering points for Muslims, might be bombed and she also held anxiety for her relatives in Pakistan. “When Afghanistan first began getting bombed, my mum was so scared for my safety, she didn’t want me to go to school. I was scared too but she read some verses from the Qur’an and I felt better after that…” (Akbar p.8).

In a report in the Journal of General Internal Medicine in 2000 there was a call to improve guidelines for the treatment and detection of depression and to ascertain the characteristics of a physician that might contribute to the under-detection of depression in minorities (Reuters Health p.1). This is probably due to the stereotype of what constitutes the symptoms of depression. Undetected, it can vent itself in the form of aggression or withdrawal.

Islamic teachings encourage patience, prayer and turning to Allah (swt) in times of need and for guidance, but when one is struggling to survive in society and when discerning what is important isn’t easy, one can easily lose one’s way. This happens even in some Islamic countries undergoing fast urbanization whereby the state’s desire to catch up with the rest of the world has had a marked effect.

These emotional stresses communicate themselves through somatic or physical complaints. “That is because they believe, then disbelieve, so a seal is set upon their hearts so that they do not understand” (Surat ul Munafiqun 63:3). And there we are, separated from our hearts – the seat of emotion, awareness and wisdom amongst physicians whose trade is not guided and informed by these notions. It is only recently, that there has been increased recognition through ‘person-centered’ medicine of the major role of psychosocial factors in the patients’ well being and illness. Studies fail to address the question of why physicians may be less religious and why they appear to resist discussing religion in the clinic (Chibnall p.1). Over the last 30 years, hundreds of services claim to use psychosocial rehabilitation, however there is unfortunately great confusion as to what this means and entails (SDG p.2). Mental Health Social Worker Abul Hussein argues that religion or spirituality can act as a part of the holistic healing process – the center of balance – that gives calmness and peace so vital to recovery (Hussein p.4).

The awareness of what resources we have at our disposal when applied creatively can achieve a lot. It is not only for us to develop it further, but for modern mental health to realize that the process of returning to a state of balance can best be addressed by recognizing and assimilating the inner wealth already in possession of the patient spiritually, psychologically and culturally. Only then will modern mental health be equipped with the resources it needs to facilitate its original objective.

Hussein. Abul. “The Issue of Religiosity in Mental Health: Are We Forgetting the Missing Link?” Crescent Life. 1-6. Crescentlife.com. 06/26/01. 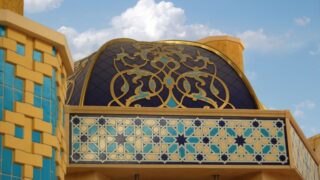 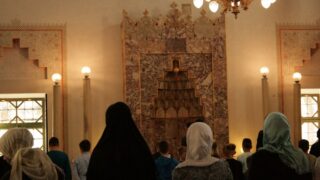 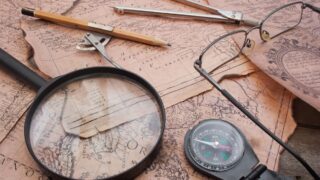