Sacrifice: The Way to Our Purification 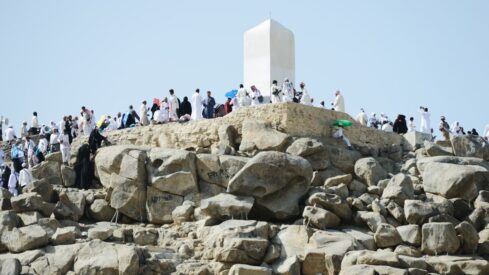 If someone were to ask you what Islam is, how would you answer? You may start by enumerating the Five Pillars of Islam or explaining the meaning of the word ‘Islam’ and the requirement of submitting to the will of Allah. There are books and pamphlets elucidating all aspects of Islamic beliefs and teachings. These may help someone understand but may still leave many aspects unanswered. This is very similar to a lay person asking about the details of complicated machinery, such as aircraft engines and electron microscopes.

Any amount of verbal explanation or written material may still leave such a person bewildered. It is therefore much better to give an easier explanation using a model at hand. The person inquiring can then see for him- or herself and can follow the given explanations of how things work.

To see the model of Islam is to see the life of Prophet Abraham (peace be upon him). The salient features of his personality are manifested in his life of total submission to and obedience of Almighty Allah. First of all, the direction of his life was entirely devoted to Allah.

He said, as Allah said in the Glorious Qur’an,

(Surely I have turned my face toward Him Who created the heavens and the earth, as one by nature upright, and I am not of the polytheists.) (Al-An`am 6:79)

To implement this conviction, Prophet Abraham made his relations and dealings with his family, his society, and his nation strictly governed by the divine supremacy. He firmly devoted himself to Allah and regarded his relationship with Him as superior to all other relationships. He left his home, his parents, and his birthplace to wander in the wilderness rather than compromise his beliefs. So complete and thorough was his submission that no sooner was he asked to submit, he instantaneously submitted himself to the divine will:

He was extremely selfless and sincere in the cause of propagating the divine message. Thus, he was not worried about his own well-being but was concerned about the perpetuation of the message of Allah, not only in his lifetime but also in centuries to come.

He established institutions and a society in such a way that future generations would continue to be blessed. For this purpose, he and his son Ishmael built the Ka`bah, the First House to be built on earth for the worship of Allah. Then, he established the institution of Hajj and made his earnest prayer for the Muslim Ummah to continue his mission.

These efforts are the testimony of his love, devotion, and farsightedness, which he employed to make the belief in the Oneness of Allah continue throughout the ages. Thus, upon laying the foundation of the Ka`bah, he and his son Ishmael prayed,

(Our Lord, and make us both submissive to You and (raise) from our offspring a nation submitting to You, and show us our ways of devotion and turn to us (mercifully); surely You are the Granter of Repentance, the Merciful. Our Lord, and raise up in them a messenger from among them who shall recite to them Your revelations and teach them the Book and the wisdom and purify them; surely You, only You, are the Mighty, the Wise.) (Al-Baqarah 2:128–129)

Above all, Prophet Abraham’s life was full of sacrifices. The supreme test came when he was asked by Almighty Allah to sacrifice his son. Without hesitation, both the father and son submitted themselves in obedience:

(So, when they both submitted their wills (to Allah) and he threw him down upon his forehead, We called out to him, “O Abraham, you have indeed fulfilled the vision.”) (As-Saffat 37:103–105)

Yet, there is another perfect model that we find in the life of Prophet Muhammad (peace and blessings be upon him). He was persecuted in Makkah, stoned and ridiculed in Ta’if, subjected to an economic and social boycott, and banished. Even in Madinah he was slandered and harassed by the combined forces of the Quraishi, the Jews, and the hypocrites. But he left the best example of sacrifice and forbearance, which Allah commands us to follow:

[Verily, you have in the Messenger of Allah an excellent exemplar.] (Al-Ahzab 33:21)

Sacrifice is the essential requirement of testing the sincerity of our faith. The path of Islam is the path of struggle. We will not be left alone after we say that we are believers. We will be tested, so that it is established whether our belief is superficial or firmly rooted in our hearts and manifested in our actions. Almighty Allah mentions this fact in several places in the Glorious Qur’an so that we remain unperturbed when these trials come and remain steadfast in our faith:

(Or do you think that you would enter Paradise while yet the state of those who passed away before you has not come upon you? Distress and affliction befell them.) (Al-Baqarah 2:214)

(Or do you think that you would enter Paradise while yet Allah has not known those who strive hard from among you and (He has not) known the steadfast?) (Aal `Imran 3:142)

Just as to purify gold one has to put it in a crucible and heat it so that all its impurities are removed, it is only by trial and tribulation that we shape and develop our personalities. Those who stay firm, persevere, and strive hard receive Allah’s guidance and reward. Thus, only after going through severe trials, tests, and untold sacrifices was Prophet Abraham granted the honor of the title leader of humankind:

(And (remember) when Abraham was tried by his Lord with certain commands, and he fulfilled them; He said, “Surely I will appoint you a leader for humankind.”) (Al-Baqarah 2:124)

What Should We Sacrifice?

First, we are asked to sacrifice our possessions — the things that we love to own and collect, such as gold and silver, houses and cars, clothes and jewelry, and cattle and land. All these are the possessions of this world. Then we love our families and ourselves. All of these are to be sacrificed in the way of Allah if the need arises:

(O you who believe, shall I lead you to a merchandise that will deliver you from a painful chastisement? That you believe in Allah and His Messenger and that you strive in the cause of Allah with your property and your lives.) (As-Saff 61:10–11)

Much more difficult is the sacrifice of time. All acts of worship require our commitment to finding time to fulfill our obligations toward Allah and our fellow human beings. Still, more difficult is to forgo our own opinions and to submit our ego to the dictates of Shari`ah. Customs and traditions sometimes conflict with the clear injunctions of Shari`ah. We may have to overcome the bitterness of family and withstand the pressures of society. It is only then that we will really succeed in obeying Allah.

Immolating a goat, sheep, or camel is just symbolic. We see that the innocent animal is firmly under our control, prepared to die for the will of its Creator. Are we ready to sacrifice our lives, our possessions, our inner desires, and our ego? Are we willing to place ourselves, like helpless animals, under the control of the will of our Creator?

That is the real sacrifice, otherwise each year, when `Eid Al-Adha comes, we can diligently sacrifice some animals and feel satisfied that we have fulfilled our obligation. There is no doubt that by offering a sacrificial animal we perform an act of worship for which we will be rewarded. Almighty Allah says,

(It is not their flesh or their blood that reaches Allah, but it is the piety from you that reaches Him.) (Al-Hajj 22:37)

Let’s prepare ourselves for a life of sacrifice. Without making sacrifices, we will not be able to start the revival of Islam. We should be ready to sacrifice our time, our wealth, our resources, our lives, and our personal likes and dislikes. If we sincerely strive in the cause of Allah, He will open His doors of success for us. This is His promise:

Together we can fulfill the obligation for which this Ummah is created. Without making sacrifices, the revival of Islam will remain only a dream. Making sacrifices is the way to achieving Allah’s pleasure. This was the way of Prophet Abraham and Prophet Muhammad, who proclaimed, (“Surely my Prayer and my sacrifice and my life and my death are (all) for Allah, Lord of the Worlds”) (Al-An`am 6:162).

* This article has been taken with modifications from a book titled Lift Up Your Hearts published by the Islamic Foundation.