Self-Admiration and Its Remedy 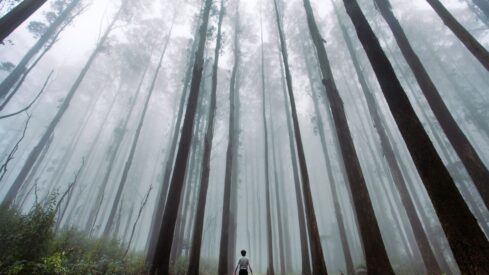 It was reported on the authority of Abu Hurayrah that the Prophet (peace and blessings be upon him) said, “While a man was strutting in two gowns out of self-admiration, Allah caused the earth to swallow him up, and he has been submerging therein up to the Day of Resurrection.”

And it was reported that Ibn Masud (may Allah be pleased with him) said, “Destruction lies in two things: self-admiration and despair.” Ibn Masud put self-admiration and despair together because happiness cannot be obtained without exerting much effort; the despairing person does not make any effort because of his despair, and the self-admiring person believes that he has got what he wants, so he feels he does not have to make any effort either.

Self-admiration leads to pride, and pride leads to many destructive flaws.

The Remedy for Self-Admiration

Allah, Glorified and Exalted be He, favored man when He created him and provided him with all the blessings he has. Therefore, no one should be self-admiring because of his actions, knowledge, beauty, or wealth, as these are bounties provided by Allah out of His Grace. Even man’s being favored with such bounties is another favor from Allah upon him!

Moreover, even a person’s righteous deeds will not admit him to Paradise because it is Allah Who guides him and enables him to do them. It was reported on the authority of Abu Hurayrah that the Prophet (peace and blessings be upon him) once said, “The good deeds of any person will not make him enter Paradise.” They (the Prophet’s Companions) said, “Not even you, Messenger of Allah?” He said, “Not even myself, unless Allah bestows His favor and mercy on me.” (Reported by Al-Bukhari and Muslim)

Someone may say that a nobleman may be self-admiring because of his noble lineage, and he may wish that his noble relatives intercede for him on the Day of Resurrection.

Commenting on this, we can say that all Muslims wish for intercession on their behalf, and it is true that intercession may not be accepted when one’s sins are very great. Allah the Almighty declares, [… Verily the most honored of you in the sight of Allah is (he who is) the most righteous of you…] (Al-Hujurat 49: 13)

And the Prophet (peace and blessings be upon him) said to his daughter, “O Fatimah, I have no power (to protect you) from Allah in anything.” (Reported by Al-Bukhari)

Therefore, it is only a person’s righteous deeds and good qualities that make him noble or honorable in the sight of Allah. Besides, we have on the authority of Abu Hurayrah (may Allah be pleased with him) that Allah’s Messenger (peace and blessings be upon him) said, “I should not find that any of you should come on the Day of Resurrection with a growling camel mounted on his neck and should appeal to me for help saying, ‘O Messenger of Allah, help me,’ and I should say, ‘I have no authority to help you; I already communicated to you.’” (reported by Al-Bukhari and Muslim)

So, whoever knows and comprehends these facts will start occupying the rest of his life with as many acts of worship and obedience as he can, as this is the only road to success.