Significance of the Allegorical Verses in the Qur’an 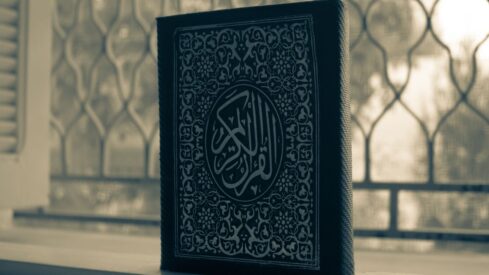 Allah says: “He it is Who hath revealed unto thee (Muhammad) the Scripture wherein are clear revelations – they are the substance of the Book – and others (which are) allegorical. But those in whose hearts is doubt pursue, forsooth, that which is allegorical seeking (to cause) dissension by seeking to explain it. None knoweth its explanation save Allah. And those who are of sound instruction say: We believe therein; the whole is from our Lord; but only men of understanding really heed.” (Al `Imran: 7)

The ayah means that in the Qur’an there are two types of verses: Muhkam (Definitive and Lucid) and Mutashabih (Figurative and Allegorical). These words are used in the Qur’an in other places as well. We should try to understand their full meanings by checking other references.

In surat Hud Allah the Almighty has called the whole Qur’an Muhkam: “Alif Lam Ra (this is) a Book, whose verses are made decisive, then are they made plain, from the Wise, All-Aware:)” (Hud: 1)

The word Mutashabih means something similar or something that may have different or more than one meaning. In surat Al-Baqarah (2: 25) the fruits of Paradise are called “Mutashabih”, meaning similar to what we have in this world.

In surat Az-Zumar the whole Qur’an is called Mutashabih: “Allah hath (now) revealed the fairest of statements, a Scripture consistent, (wherein promises of reward are) paired (with threats of punishment), whereat doth creep the flesh of those who fear their Lord, so that their flesh and their hearts soften to Allah’s reminder. Such is Allah’s guidance, wherewith He guideth whom He will. And him whom Allah sendeth astray, for him there is no guide.” (Az-Zumar: 23) The whole Qur’an is Mutashabih, meaning it is consistent; it is not that some of it gives one meaning and another gives a totally opposite or contradictory meaning.

As for the above mentioned ayah in surat Al `Imran, it means that the Qur’an has very clear and lucid verses that are the core of the Book, but some verses may have more than one meaning, or carries several similar implications. When you see those verses, you should refer them to the clear and lucid verses to get the proper interpretation. Those who are sick and perverse do not go back to the clear and lucid verses, rather they make their own arbitrary interpretations instead. The Qur’an should be explained through the Qur’an itself and through the authentic Sunnah of the Prophet (peace and blessings be upon him). It should not be interpreted according to one’s own wishes and desires in an arbitrary manner.

It is important to note that surat Al `Imran was revealed in Madinah. The first half of this surah deals with Christian beliefs. It talks about Jesus and some Christian misconceptions about him. It is mentioned that the first half of this surah was revealed when a group of Christians from Najran (Yemen) came to Madinah. Allah Almighty instructed Muslims that they should not behave like Christians, who left the clear and lucid teachings of their prophet and became involved in ambiguous words, thus distorted Jesus’ whole message. The right approach should have been to refer his words to the basic message of tawhid (monotheism), but they invented the Trinity by taking ambiguous words and through arbitrary interpretations, and thereby they changed the meanings of his clear message. They found that Jesus (peace be upon him) was born from a virgin. Instead of taking this as a sign of Allah’s power, they called him “Son of God” or “Incarnation of God”. Allah the Almighty reminded Muslims that they should not follow this style in their interpretation of the Qur’an.

It is correct that the full and the absolute meaning of the Qur’an is to know Allah the Almighty. That is why all great scholars after explaining the Qur’an used to say, “Allahu a`lam” (Allah knows best). However, this does not mean that there are verses in the Qur’an whose meanings are known to Allah alone and human beings cannot know anything of their meaning. If human beings would not know the meaning then why would Allah reveal it for them? Why would Allah ask them to understand the Qur’an? We should try to do our best to know the meaning of the Qur’an. The more we try the more we shall understand the depth and profoundness of the Book of Allah. The Prophet (peace and blessings be upon him) is reported to have said: “The wonders of this Book shall never be exhausted.” (At-Tirmidhi, Sunan, Vol. 4.) Those who are firmly established in knowledge know the meaning of this Book and we should refer to them and learn from them the proper method of understanding the Qur’an. Those are the people who say that all of this Book is from our Lord and the people of wisdom take lessons from this Book.”

The provision and profession are destined by a divine apportionment, and this has nothing to do with man’s hard work and intelligence.