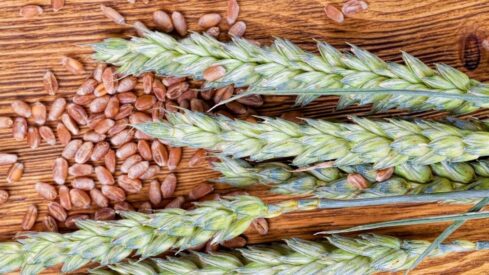 The researcher does not know a difference in the interpretation of the Almighty’s saying: “It is We who have apportioned among them their livelihood in the life of this world.” Among its meanings is that provision and profession are destined by a divine apportionment, and this has nothing to do with man’s hard work and intelligence, and there are no fixed standards in that, that can be followed to achieve goals. The matter is a divine will, and these matters – in Islamic thought – are not dependent on the foundations of economics and the principles of business management, or courses in Human Development. It is not a condition related to the development of a plan: short, medium or long-term, nor the existence of visions, missions, goals and strategies, evaluations and reviews.

Accordingly, provision, profession, and the human condition in terms of knowledge, ignorance and academic degree are a divine gift and nothing else. An engineer must be an engineer, a doctor can only be a doctor, and a lawyer has no choice but to walk according to his written destiny, and the same is said for the farmer, the merchant, the artist, the athlete, and so on. Rather, all the ways and reasons that lead to the achievement of the profession that have been made for the person and divided for him; he must go through it, as it is part of his written life. For if more people were destined to be engineers, then there is no doubt that everything that makes them an engineer will be easy for them, and this is the case in all other professions.

It may be said, why the striving, and the effort, when provision and profession have already been divided? And the answer is that this activity and striving are also divided, and it is only possible to conduct it, as in the hadith: “Everybody will find easy to do such deeds as will lead him to his destined place for which he has been created.” In response to the question “Shall we not be dependent?!” The requirement is satisfaction; Whoever is pleased, he will have contentment, and whoever is discontented will have anger, and no sustenance will come to him except what has been written for him, so fear Allah and be gentle in your request.

What has passed is a Qur’anic truth, and the discrepancy in division does not indicate absolute superiority, rather this is better in one aspect and the other in many aspects, and the reason for that is affliction. Thus, everything that was said above revolves around a verse, which came as an answer to the polytheists’ objection to the prophecy of Muhammad, peace be upon him, and many others mentioned in the Holy Qur’an..

As for the sayings of the commentators in the statement of the verse, “It is We who have apportioned among them their livelihood in the life of this world” they are as follows:

1. “We divide our mercy and honor among whomever we want… as we divided between them their livelihood in which they live in their life of this world of provision and sustenance, so we made some of them in it higher than others, rather we made this rich, and that poor, and this a king or owner, and that one owned. Thus, you find an individual weakly resourceful, inarticulate, but he is happy with his provision, and another, you find he is very resourceful, sharp-tongued, and eloquent, but he is depressed. In this way, He also divided their images and morals among them,” Tafsir At-Tabari

2. The matter has nothing to do with them; it is for Allah to decide. Allah knows best where to direct His Message, and He does not reveal it except to the one who is the purest in heart and soul, and of the noblest descent. Then Allah points out that He differentiates among His creations in terms of what He gives them of wealth, provision, intellect, understanding and other visible and hidden strengths – Tafsir Ibn Kathir.

4. We have caused this disparity between people in strength and weakness, knowledge, ignorance, cunningness, idiocy, fame, and idleness. We see the most intelligent of people who spend their life seeking the small amount of this world and it is not possible for them to do so. We see the ignorant of creation and the least in mind and understanding to which the doors of the world are opened, and everything is dangerous in his mind and in his imagination, it will happen to him instantly, and if the reason was the effort of man and his intellect, then the wisest must be better in these conditions. When we saw that the wisest had less share, and that the ignorant, the weaker, had a greater share, we knew that this is due to the division of the Qassam, Allah, as the Almighty said.

Al-Shafi’i, may Allah have mercy on him, said:

And know that this disparity is not limited to money, it occurs in intelligence, dullness, beauty and ugliness, intellect, foolishness, health and disease,  and this is a sea that has no coast. – Tafsir Al-Fakhr Al-Razi.

5. (Is it they who would portion out the mercy of your Lord), I.e., the prophethood. (It is We Who portion out between them their livelihood in this world,) So, we made some of them rich and some of them poor, (and We raised some of them), i.e., by wealth, (above others in ranks, so that some may employ) i.e., the rich, (others), i.e.  the poor, (as a mockery), i.e., subjugated to work for them in wages – Tafsir Al-Jalalain

6.“That is, we caused this disparity between the servants, so we made this rich and this poor, and this owner and this owned, and this strong and this weak. Moreover, none of the creation was able to change our judgment or deviate from our judgment. If they are unable to object to our judgment in the conditions of this world, despite its scarcity and humiliation; How can they object to our ruling in singling out some of our servants to the position of prophethood?! And the meaning is as we have preferred some of them over others as we willed, we have chosen who we want to convey our message” – Tafsir al-Khazen.

7.“If the peoples’ lives and their worldly sustenance are in the hands of Allah the Almighty, and He is the one who divides it among His servants, He gives the sustenance to whom He wills, and withdraws it from whom He wills, according to His wisdom, then His religious mercy, the highest being prophecy and message, is better and more appropriate to be in the hands of Allah the Almighty.” – Tafsir Sa’di

8. “And it is He who divided among the servants their livelihood in this world and in the Hereafter. And if someone has a blessing in terms of money, prestige, glory, or other things, then this is not from the capabilities of humans or from themselves, but it is a blessing from Allah. He willed, glory be to the Almighty to make of you masters and slaves, and make of you the rich and the poor, and that is in the affairs of this world. If you want to divide the matters of religion, then first divide your livelihood; Because Allah, Glory be to Him, is the one who divided it between you, and your life in this world follows the laws of causes, and it is easy for you to divide it instead of coming to divide the mercy of Allah, which is the right of Allah the Almighty alone…

So how can they hope that they will choose the means of mercy, and we are the ones who divided their livelihood among them in the life of this world, so we made this rich, and this poor, and this strong, and this weak, so regarding the issues of this world I am the more able, so do they want to control the issues of the hereafter and the mercy of Allah, directing it according to their choice?!!” – Tafsir Sha’rawi

Finally, people may succeed without knowing the existence of the most famous books written in human development, such as: “Awaken the genie within you” “The Seven Habits of Highly Effective People” “Rich Dad and Poor Dad” “Your Success is in Your Hand” “Think and Become Rich” “The Richest Man in Babylon” and “How to plan your life”, and “The Key to Success”. However, there are others who have read these books and have not been successful. It is a decree. It was, and still is, “the secret of Allah that is hidden.” The birth of the terms: “Actions of God,” “Actions of the servants,” “justice,” “improving and ugliness,” “goodness and fittest,” “Fatalism” “good and evil” in Islamic thought; is the result of trying to link fate to other issues.