Supplication in prayer in different languages and dialects 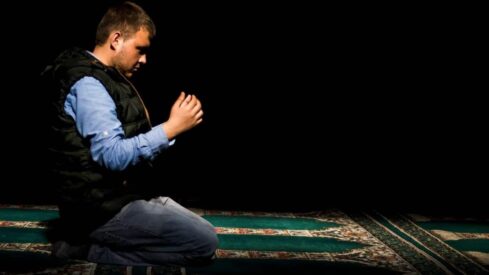 The reality of supplication (Dua) is the desire of the Almighty and asking from Him, by “showing one’s need for Him and disavowing one’s strength and power”. It is the characteristic of servitude and a sense of human humiliation, and in it there is praise to Allah- the Mighty and Majestic – and the addition of generosity to Him, Glory be to Him. It includes the request to bring benefit or a request to remove what is harmful to humans, and the basis for that is the Almighty’s saying {And your Lord says, “Call upon Me; I will respond to you.” Indeed, those who disdain My worship will enter Hell [rendered] contemptible.} [Ghafir: 60]. The supplication is enjoined by this verse as it is promised to be answered, and this includes the supplication of asking, and the supplication of praising Allah the Almighty, and it includes supplication in prayer and outside it.

– So supplication is when the servant asks Allah for his needs, and its meaning is apparent in the language

– It is called the worship of Allah in a metaphorical way because the worship is not free from the supplication of the deity with a call to glorify Him and supplicate to Him, and this is a less common expression than the first. Worship in the terminology of the Qur’an, is to single out Allah in worship, that is, the recognition of His Oneness.

– And the response is when the one called out to, gives the caller what he asks for.

The verse’s reference to the meaning of asking for a need from Allah is appropriate to the consequence of responding to that request, depending on the will of Allah or on the fulfillment of the conditions for accepting the request, giving something better than it in this world, or giving a reward from it in the hereafter. And its statement on the meaning of singling out Allah in worship, i.e. that they repent from polytheism, so the response is to accept that, because the acceptance of repentance from polytheism is definitive.”

What Ibn Ashour mentioned is almost easier and more appropriate to the dispute that may arise about the origin of the significance of supplication, whether it is worship or a question, and he tried to reconcile the different sayings through the mentioned verse.

The truth of supplication in prayer

1. After the Takbeeera-tul-Ihram (The first takbeer)

2. Before bowing (ruku’) and after completing the witr recitation, and the occasional Qunoot in the morning prayer, a reference to the hadith of Ubayy bin Ka’b: that the Messenger of Allah, peace be upon him, performed qunoot (supplication) in the witr before bowing (ruku’), which is a weak hadith.

3. After standing straight from bowing (ruku’), as was proven in “Sahih Muslim” from the hadith of Abdullah bin Abi Awfa: when God’s Messenger raised his back after bowing, he said, “God listens to him who praises Him. O God, our Lord, to Thee be the praise in all the heavens and all the earth, and all that it pleases Thee to create afterwards.” narrated by Muslim.

5. In his prostration, and in it was the majority of his supplications.

6. Between the two prostrations.

7. After the tashahhud and before the salaam.

Supplication in languages other than Arabic in prayer

Some ask, out of keenness to perform acts of worship in the best manner, whether it is permissible to supplicate in languages other than Arabic from the languages of the world, especially if the Muslim does not know Arabic, or does not master it to the extent of expressing it in seeking his need from Allah the Almighty in his supplications

The opinions of the jurists differed regarding the ruling on supplication in prayer in a language other than Arabic:

1- Saying it is makrooh (disliked) – which is the opinion transmitted from the Hanafi school in terms of supplication in a language other than Arabic, and what is apparent is that the ruling applies to the one who is able to supplicate in Arabic, so he changes it to the foreign language.

2- Close to Makrooh (dislike) is what the Malikis say, as they disliked making supplications in foreign languages for the one who is able to speak arabic, and also disliked for the incapable to pray in foreign languages if its meaning is not understood. But if its meaning is known, it is permissible to use it absolutely in prayer and other things. Allah the Almighty says: He taught Adam all the names, and Allah the Almighty said: We did not send a messenger except in the language of his people

3- The Shafi’is discussed the matter in detail and they said: The supplication in prayer is either narrated in reports or not narrated.

As for the supplication that’s not narrated, it is not permissible to invent it and bring it forth in prayer in a foreign language, no doubt.

As for the rest of the adhkaar/supplications, such as the first tashahhud and prayers for the Prophet, may Allah bless him and grant him peace, and Qunoot and glorification in bowing and prostration, and the takbeer of moving from posture to another. According to the view, supplications in foreign languages are permissible, and it is more apt that it be permissible in these cases.

It appears from these sayings that supplication in a foreign language, i.e. in a language other than Arabic, during prayer is permissible for the one who is unable to speak Arabic, in the mentioned places of prayer, and that his prayer is valid. And , rather, they differed about the ones who could speak Arabic, and what is correct in their case is that their prayer is valid however disliked.

Ruling on supplications that are not from narrations

It is permissible for a person to supplicate with other supplications that are not from the sayings of the Prophet, may Allah bless him and grant him peace or to supplicate in different Arabic dialects and that is with every permissible speech that does not involve transgression, sin, or severing ties of kinship. Narrated supplications have greater good, but a person may need to supplicate for himself or for those he loves for some of the good of this world and the hereafter, or to ask Allah to ward off some harm and evil from him, and this is a broad matter and it is not necessary to adhere to narrated supplications only.

The purpose of supplication is based on the presence of the heart and the sincerity of turning to Allah the Almighty, in whatever language it is. Allah the Almighty hears voices and knows languages, and not an atom’s weight escapes Him in the earth or in the heavens.

The permissibility of supplications with no narration, even if it is in dialects is indicated by His saying, may Allah’s prayers and peace be upon him: “Then select the invocation you like best and recite it” And this is in the supplication before ending the prayer

This is just as it is disliked to be compulsive and to exaggerate in supplication, and if it is done without any difficulty, there is nothing wrong with it. The origin of supplication is from the heart, and the tongue is subordinate to the heart.

For this reason, he who is put in a difficult situation opens his heart in supplication and does not prepare the supplication beforehand, and this is a matter that every believer finds in his heart.

Supplication is permissible in Arabic, and in other than Arabic. Allah knows the intent of the supplicant, even if he does not straighten his tongue. He knows how it sounds in different languages amongst the diversity of needs.”