The Afterlife: The Resurrection 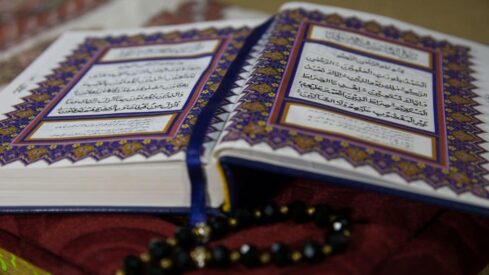 Belief in al-akhirah (life after death) is so crucial to the Islamic faith that any doubts about it amount to the denial of Allah (God). Allah’s own word in the Qur’an is the foundation of this faith. Besides, the Prophet Muhammad (peace and blessings be upon him) explained the centrality of this belief for a person who wishes to lead an Islamic life.

We know that we have no means of knowing life after death as a perceptual experience. But Allah has given us certain levels of consciousness that provide us with insight into realities not perceptible through the senses. The Qur’an speaks to our rational mind when it answers the disbelievers who ask, “Who will give life to the dead bones?” The answer is, of course, the One Who created them.

Allah in the Holy Qur’an appeals to man’s reasoning and addresses his power of reflection and judgment by asking him to reflect on how rain revives the dead earth. This is something that is obvious to us; if so, how can we then deny the truth of the resurrection, when Almighty Allah can just as easily revive the dead bones as He revives the earth?

(It is Allah Who sends forth the Winds, so that they raise up the clouds, and We drive them to a land that is dead, and revive the earth therewith after its death: even so [will be] the Resurrection!)(35: 9).

Belief in life after death gives meaning to our life, for it tells us that this life is only a test and preparation for an eternal life. Furthermore, we know that in the afterlife we will receive justice for all the wrongs we suffer here. It may seem that the sinful and corrupt are often happier or wealthier than the righteous, but that is only for a short time. In the afterlife they will get their due.

Belief in life after death encourages a person to lead a good life on earth, since he knows the fate that awaits him if he ignores the commands and warnings of Allah given in the Qur’an. In fact, belief in the afterlife is the strongest incentive for a person to lead a life of virtue here. The real road to a peaceful society can be paved only if people believe in an afterlife.