The day we shall summon all people with their imam (leader) 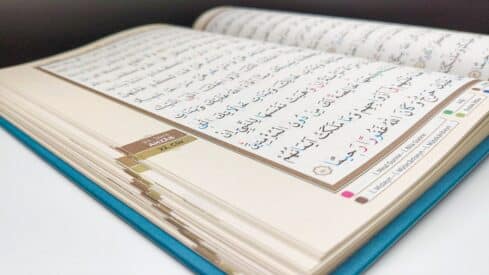 Allah Almighty said: {the day we shall call upon all people with their Imam, whosoever is given his record in his right hand will be able to read his account, and none will be wronged the breadth of thread.

The interpreters of the Qur’an say: The imam is the book, and it was said: the Messenger. So it would be said, O Ummah of the Qur’an, and ummah of the bible, or it is said: O ummah of Muhammad, O Ummah of ‘Isa (Jesus), and likewise all those who follow a specific thought walking behind the owner of this thought, he is their imam in that.

And if the hadith proves that he will be at the Haud (stream) on the Day of Resurrection in order to give water to his ummah, whom he knew with this sign, only that some of them do not deserve to be honored by drinking from the Haud, as the Messenger did not know the details of their deeds. Therefore, in a narration by Muslim close to Bukhari’s narration, “My people would come to me on the Cistern and I would drive away persons (from it) just as a person drives away other people’s camels from his camels. They (the hearers) said: Apostle of Allah, would you recognize us? He replied: Yes, you would have a mark which other people will not have. You would come to me with a white blaze on your foreheads and white marks on your feet because of the traces of ablution. A group among you would be prevented from coming to me, and they would not meet me, and I would say: O my Lord, they are my companions. Upon this an angel would reply to me saying: Do you know what these people did after you?