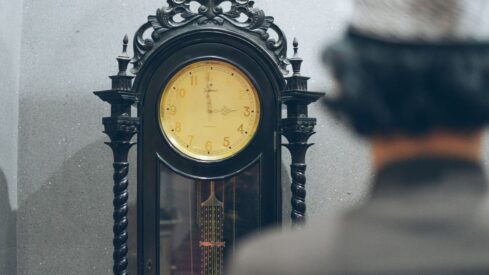 The evolution of humankind is not only possible but is the main purpose and outcome of believing and practicing Islam. The approach of Islam to elevate the human self and get it closer to God is realistic, comprehensive, rational, and direct.

Mankind is a complex—though marvelous—creation of God. Needless to say, it is only the Creator Who could know precisely the intricacies of the human soul, and how to elevate it far and beyond. Divine messages are like “users’ manuals” of this creation. Such “manuals” are essential to understand and proceed on the path of human elevation.

Evolution, however, is limited by the very nature of human creation—a blend of sublime intellectual spirituality together with the material essence and earthly desires and weaknesses. Human life and history have always been a continuous struggle between these lifting and declining motives. Also, both the individual and society mutually and reciprocally interact. Man cannot undergo inner transformation independent of his social environment, which in turn is the result of the individual’s strife towards spiritual evolution.

The strength and effectiveness of Islam stems from its coping with these basic facts. Only divine guidance can strike the proper balance between the body and the soul, and between the individual and his society. Its moderate approach saves humanity from the pitfalls of over-emphasizing the soul as in, for example, Buddhism, Yoga, Christian monasticism, or—on the other hand—magnifying the bodily desires as in materialistic ideologies in general, Existentialism, Freudianism, etc. Similarly, Islam avoids over-emphasizing the role of individual reform at the expense of social and world reform as in Christianity, and rejects as well the opposite totalitarian models such as Marxism.

Islam is a comprehensive “manual” of life that combines basic aspects (faith and worship, moral teachings and law) to offer the most intensive and effective means to know God and love Him, purify the soul and refine its human qualities, and establish a communal feeling of love, devotion and solidarity

The Spirit and Worship

Reading, reciting, and contemplating the Qur’an provides the Muslim with a clear vision and love of God and His universe and creatures, as well as keys to supreme morality. The text of the Qur’an is inimitable in its meanings, structures, rhetoric, and rhyme that motivate both the intellectual and the uninitiated. Reciting the Qur’an or praying to God using its wonderful phraseology, as well as other supplications taught by the Prophet of Islam, is a permanent wealth of direct communication with God.

Muslim ritual prayers are preceded by physical purification through washing the face, arms, and feet, and wiping the head. This purification physically refreshes the body and mind to concentrate on the direct communication with God that follows. Obligatory prayers are performed five times around the clock, and there are also highly recommended prayers, especially late night prayers. During prayers—standing facing toward a common point (the Ka`bah in Makkah), then bowing and prostrating—all human faculties—including tongue, ears, intellect, and limbs—are concentrated and devoted in glory of the Creator. Muslims around the globe stand closely in prayers in straight rows facing toward a common center, which is Makkah, geographically located at the center of the combined continental land masses. This builds in the souls a unique sense of equality, solidarity, and love of each other, irrespective of social status, race, color, or tongue. Hence, Muslim prayers offer a matchless formula of intellectual meditation, spiritual devotion, moral elevation, and physical exercises all combined.

In Arabic, zakah, or obligatory charity, literally means purification of the money of the owner as well as purification of his heart of both greed and selfishness, replacing them with content, thankfulness, love, and willingness to sacrifice for the others. Similarly, the needy recipients’ hearts are filled with satisfaction and warm wishes to the rich instead of class hatred and malicious envy.

In the lunar month of Ramadan, Muslims abstain from food, drink, and sexual activities from dawn to sunset during the whole month. There are also recommended fasts on certain days and occasions (or any other day) around the year. Fasting is a major exercise of patience, devotion to God, control of physical desires, moderation, physical and moral endurance, creating a feeling of unselfishness, brotherhood, and communal unity.

The fifth pillar of Islam, Hajj, or the pilgrimage, also presents a unique opportunity for spiritual elevation. Assembling in Makkah together with millions of Muslims, all in the simplest of garments, is a living unforgettable glorification of God by mankind and a reminder of the ultimate grand assembly of all generations in the Hereafter.

The Spirit and Islamic Law

The moral teachings of Islam touch on the most intricate aspects of human psychology. In Islam these are not mere “do and do not do” type of commandments, but are an extensive guidance of moral elevation rich in linguistic splendor (as of the Qur’an), linked and interwoven with facts and logics of faith, figurative examples and comparisons, and guarded with a protective framework of social legislation to block all paths to moral degradation or human pitfalls.

Similarly, the legal doctrines of Islam are not a mere set of monolithic rules, but are one aspect of a comprehensive system, whose elements are: faith that we all live in the kingdom of God, Who cares for us, guides us, and watches us in order to protect us from physical and moral evils; and a closely knit society based on love, preference, solidarity, and care for all humanity and other creatures.

In such a society, there should be no excuse for crimes of any sort. Penalties are not applied to take revenge on the sinner, but are used to deter the individual and protect the whole society.

However, no penalty could be applied if there was any slight probability of innocence. The rule is: “Doubtful criteria should avert penalties.” Similarly, penalties should be suspended if there was any impelling social or human excuse; for example, theft is forgiven in cases of extreme poverty or widespread famine. Much mischief is forgiven by repenting and doing good deeds like giving charity, fasting, etc. The doors of repentance are wide open, without mediators, for there is no clergy or church-like authority in Islam. The Qur’an says what means: ﴾And when My bondmen ask you concerning Me, then, surely I am near; I answer the invocation of the invoker when he invokes Me; so let them respond [to] Me, and let them believe in Me, so that possibly they would respond right-mindedly.﴿ (Al-Baqarah 2:186)

God forgives all sins, except denying Him or taking other partners as deity or part of a deity with Him, and He accepts repentance of anybody. At-Tawwab (The Superbly-Relenting) is one of the prominent attributes of God repeatedly mentioned in the Qur’an. This is repeatedly asserted in many verses and chapters of the Qur’an. The Qur’an says what means: ﴾Say, “O My bondmen who have been extravagant against themselves [in sins], do not feel despondent of the mercy of Allah! Surely Allah forgives guilty [deeds] all together; surely He, Ever He, is The Ever-Forgiving, The Ever-Merciful.﴿ (Az-Zumar 39:53)

The Spirit and the Mind

In Islam, belief is based on intellectual grounds that prove that the Qur’an is the direct message of God. In response, belief and practice do not need a mediator (church, clergy, saints, etc). Hence, following the Muslim practice is the only authentic path for self-elevation and direct approach to God. In contrast to Christianity, Buddhism, and many of the mystic groups, faith and practice in Islam are not based on rhapsodic preaching, clerics’ dogmas, illusionary meditation sessions, rhythmical body movements, or repeated utterances that culminate in ecstasy or imaginary visions or sounds.

Islamic history has witnessed generations of rich examples of model individuals and communities, who have taken spirituality to great heights through devotion, piety, love, and full submission to God, proving over and over again that the evolution of the human spirit is not only possible, but is the natural course for humanity.