The Exemplary Justice of the Prophet 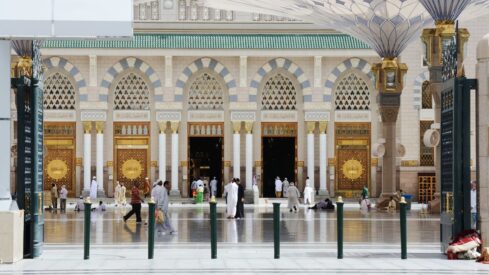 In the Qur’an, Allah commands believers to [Be upholders of justice, bearing witness for Allah alone, even against yourselves or your parents and relatives. Whether they are rich or poor, Allah is well able to look after them. Do not follow your own desires and deviate from the truth. ] (An-Nisaa’ 4:135)

With the rules he imposed on Muslims, his just and tolerant attitude towards those of other religions, languages, races, and tribes, and his way of not discriminating between rich and poor, but treating everybody equally, Allah’s Messenger (peace and blessings be upon him) is a great example to all of mankind.

Allah says this to His Prophet (peace and blessings be upon him) in one verse,

The Prophet (peace and blessings be upon him) abided by Allah’s commands, even with such difficult people, and never made any concessions in his implementation of justice. He became an example for all times with the words [My Lord has commanded justice] (Al-A`raf 8:29).

A number of incidents testify to the Prophet’s justice. He lived in a place where people of different religions, languages, races, and tribes all coexisted. It was very difficult for those societies to live together in peace and security and check those who sought to spread dissension. One group could become aggressive towards and even attack another over the slightest word or action. Yet, the justice of the Prophet (peace and blessings be upon him) was a source of peace and security for those other communities, just as much as it was for Muslims. During the time of the Prophet (peace and blessings be upon him), Christians, Jews, and pagans were all treated equally. The Prophet (peace and blessings be upon him) abided by the verse [There is no compulsion where the religion is concerned] (Al-Baqarah 2:256), explaining the true religion to everyone, but leaving them free to make up their own minds.

In another verse, Allah revealed to the Prophet (peace and blessings be upon him) the kind of justice and conciliation he needed to adopt towards those of other religions:

[So call and go straight as you have been ordered to. Do not follow their whims and desires but say, “I believe in a Book sent down by Allah and I am ordered to be just between you. Allah is our Lord and your Lord. We have our actions and you have your actions. There is no debate between us and you. Allah will gather us all together. He is our final destination.] (Ash-Shura 42:15)

This noble attitude of the Prophet (peace and blessings be upon him), being in total harmony with the morality of the Qur’an, should be taken as an example of how members of different religions today should be treated.

The Prophet’s justice brought about understanding between people of different races. In many of his addresses, even in his final sermon, the Prophet (peace and blessings be upon him) stated that superiority lay not in race, but in godliness, as Allah states in the verse

[Mankind! We created you from a male and female, and made you into peoples and tribes so that you might come to know each other. The noblest among you in Allah’s sight is that one of you who best performs his duty. Allah is All-Knowing, All-Aware.] (Al-Hujurat 49:13)

Two hadiths report that the Prophet (peace and blessings be upon him) said,

“You are sons of Adam, and Adam came from dust. Let the people cease to boast about their ancestors.” (Abu Dawud)

“These genealogies of yours are not a reason to revile anyone. You are all children of Adam. No one has any superiority over another except in religion and taqwa (godliness).” (Ahmad)

During his final sermon, the Prophet (peace and blessings be upon him) called on Muslims in the following terms:

The agreement that was made with the Christians of Najran in the south of the Arabian Peninsula was another fine example of the justice of the Prophet (peace and blessings be upon him). One of the articles in the agreement reads,

The lives of the people of Najran and its surrounding area, their religion, their land, property, cattle, and those of them who are present or absent, their messengers and their places of worship are under the protection of Allah and guardianship of His Prophet.

The Compact of Madinah, signed by the Muslim immigrants from Makkah, the indigenous Muslims of Madinah, and the Jews of Madinah is another important example of justice. As a result of this constitution, which established justice between communities with differing beliefs and ensured the protection of their various interests, long years of enmity were brought to an end. One of the most outstanding features of the treaty is the freedom of belief it established. The relevant article reads

Article 16 of the treaty reads,

The Jew who follows us is surely entitled to our support and the same equal rights as any one of us. He shall not be wronged nor his enemy be assisted.

The Prophet’s Companions remained true to that article in the treaty, even after his death, and they even practiced it with regard to Berbers, Buddhists, Brahmans, and people of other beliefs.

One of the main reasons why the golden age of Islam was one of peace and security was the Prophet’s just attitude, itself a reflection of Qur’anic morality.

[If any of the idolaters ask you for protection, give them protection until they have heard the words of Allah. Then convey them to a place where they are safe. That is because they are a people who do not know. How could any of the idolaters possibly have a treaty with Allah and with His Messenger, except for those you made a treaty with at the Masjid al-Haram? As long as they are straight with you, be straight with them. Allah loves those who do their duty.] (At-Tawbah 9:6-7)

In our day, the only solution to the fighting and conflict going on all over the world is to adopt the morality of the Qur’an, and, like the Prophet (peace and blessings be upon him), never to depart from the path of justice, making no distinction between different religions, languages, or races.