The Messenger, The Teacher (peace and blessings of Allah be upon him) and His Methods of Teaching 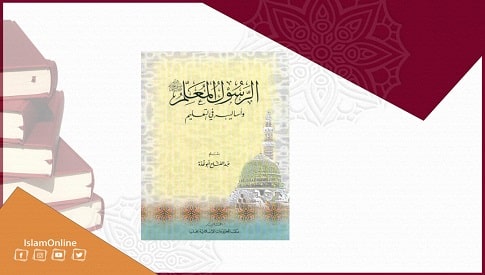 The author’s approach in this book, as he indicated in the introduction, mentions many hadiths from his guidance, may God’s blessings and peace be upon him, in teaching and his methods in it, attributing the hadith to its sources, and commenting on it, and then referring to many benefits and great deductions, and mentioning their implications in a large number of imams books The book was divided into two parts: the first part was devoted to an explanation of the personality of the Messenger, may God bless him and grant him peace, and his honorable personality, and a fine explanation of his virtues and wise behavior, and the other part was to present his methods of teaching and his correct guidance and direction.

The Prophet, the teacher, may God bless him and grant him peace

The author – Abd al-Fattah Abu Ghaddah, may God have mercy on him – made this section to talk about the Prophet, may God bless him and grant him peace, a teacher by the text of the Noble Qur’an, and to prove the pure Sunnah. “It is He who has sent among the illiterate a Messenger from among themselves, reciting to them His verses, purifying them, and teaching them the Book and wisdom, even though they were before in clear error.”

“..I was sent as a teacher.”..God did not send me to be arrogant or stubborn, but rather He sent me as a facilitator teacher.

Then, the history’s testimony to the perfection of the Messenger, may God’s blessings and peace be upon him, teaching personality, so that the names of all the adults who were known and mentioned in the world of education and their history are shortened before him, and from this he urged to erase the vernacular and warn against apathy in teaching and learning, and then a brief word about his educational personality in which compassion and passion emerge, abandonment of hardship and love of ease, kindness to the learner, keenness for him, and giving knowledge and goodness to him at all times and occasions, then comprehensive words explaining the characteristics and virtues of this teacher the messenger, and the honor of his morals and characteristics, from which the aspects of his public personality appear, because knowing them is from the full knowledge of his teaching personality. Which is part of it and is not independent of it, as it also shows from it the reason for accepting the words and rulings issued by him, and taking the example of actions that came from him, and the extent of their impact on the soul, and it includes every aspect of life and religion, and the author, may God have mercy on him, has proven it from the book “A’laam An-nubuwwah” for Al-Mawardi.

The author, may God have mercy on him, introduces this section with the fact that whoever studied the books of the Sunnah and read them carefully would have seen that the Messenger of God, may God’s blessings and peace be upon him, used to color the speech for his companions in many colors, so sometimes he would be a questioner, sometimes he would be answering, and sometimes he answered the questioner as much as he asked, and sometimes he added to what he asked. And sometimes he gives a proverb for what he wants to teach, and sometimes his words are accompanied by an oath to God Almighty, and sometimes the questioner is drawn away from his question due to a great wisdom from him, may God’s blessings and peace be upon him, and sometimes he teaches by writing, sometimes by drawing, sometimes by analogy or explicitly, and sometimes by way of thumbs or waving.” Then he presents many examples of teaching methods through the instructions of the Prophet, may God bless him and grant him peace, which are recorded in the books of the pure Sunnah, and he has reached with them to forty methods with their evidences, deducing benefits from them, and sweetened with nice and pleasant comments. There is no doubt that those who look closely at these methods, And what Muslim educators and scholars have benefited from them during the ages, and the methods they devised, he finds many similarities in the methods of teaching in this age, the pioneering in them was for the best teachers, may God’s blessings and peace be upon him, as was the precedent in its application at a very advanced time for his followers who learned about him. and trace its effects.

His methods, may God bless him and grant him peace, in teaching

It is worth noting that contemporary education and teaching books are full of multiple methods, in which the Prophetic method had the merit of pioneering, referring to it, and applying it in practice. We will stop here at ten of what the author – may God have mercy on him – mentioned to see the precedence of the Prophetic method in them:

Gradual in teaching (his teaching, peace and blessings of God be upon him, of the laws gradually), giving precedence to the most important then the most important, and teaching little by little, to be closer to understanding, and more stable in the memory and understanding, example of that is what came from Ibn Masoud, may God be pleased with him: “A man among us if he learns ten verses would not transcend them until he knows their meanings, and act upon them.”

And among its applications in the methods of educators is what Ibn Shihab said: “Do not take knowledge as a whole, for whoever wants to take it in a sentence will leave it altogether, but little by little with the days and nights.”

Taking care of individual differences in the learners, and the author indicated that the Prophet, may God bless him and grant him peace, was very considerate of the individual differences between the educated from the addressee and the questioners, so he used to address each one according to his understanding, and in a manner that suits his position, including his saying to a man: “Do not be angry” and he repeated it three. And he ordered another when he came to pledge allegiance to him on jihad and emigration to stay with his parents and be in good company with them, and he directed another one when he asked him what he feared the most, to hold his tongue!!

Teaching through dialogue and questioning, which is a method that takes away boredom from the listener and makes him memorize what he hears when he saw it staring before his eyes, as in the hadith of Gabriel and his question about Islam, faith and charity.

Using the means of illustration in its various forms (drawing on the ground and sand) Jaber said: “We were sitting with the Prophet, may God’s blessings and peace be upon him, and he drew with his hand on the ground a line like this in front of him, and he said: This is the way of God Almighty, and two lines on his right, and two lines on his left, And he said: This is the path of Satan, then he put his hand in the middle line, then he recited this verse: “And this is my straight path, so follow it and do not follow the paths, for they will separate you from his path.

Encouraging the well-doer in his answer (his test, may God’s blessings and peace be upon him) the knowledgeable with some knowledge to match him with praise if he is correct.

Employment of occasions (peace be upon him took advantage of accidental occasions in teaching) thus linking the current occasion with the knowledge that he wants to broadcast and announce as in the story of the dead Juday, and belittling the matter of the world in his saying: “By God, the world is more trivial to God than this for you.”

His teaching, peace and blessings of God be upon him, (by encouragement and intimidation) and does not limit himself to intimidation for fear of alienation, nor to encouragement lest it lead to laziness and abandonment of work.

His teaching by the lesson (with stories and the news of the past) so that in that is the lesson, the exhortation, the example and the emulation.

Securing information by writing (He, peace be upon him took writing as a means in teaching and informing and the like) he had more than fifteen writers who wrote the Qur’an from him, and other writers to horizons and kings to convey Islam and call to it.

And after the author lists thirty methods, such as his interest in teaching and admonishing women, and his contentment with exposition and reference in teaching what he is ashamed of, his teaching by analogy and representation, and recalling the question to convey a explanation of the ruling, summarizing the matter and then detailing it to be clearer and possible in memorization and understanding, he concludes by teaching with his honorable self, may God’s blessings and peace be upon him. He, peace and blessings of God be upon him, is a teacher with his honorable self for every learner and guide, in whom the goal of education is represented by his various methods. 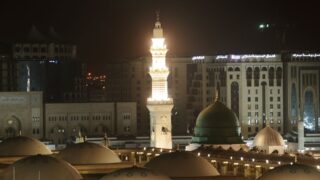 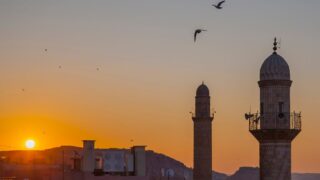 Prophet Muhammad's tradition and activities during the sunset period of the day, with the emphasis on Maghrib prayer 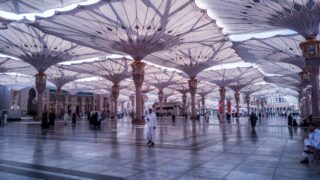