The Messenger’s approach in changing behavior and habits 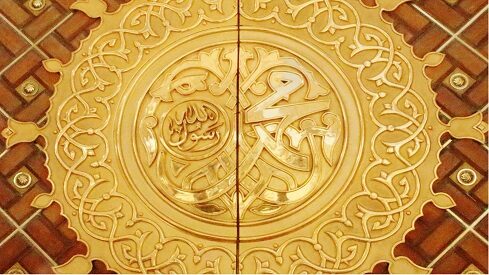 In recent years, an enormous amount of controlled empirical studies and research have emerged, all of which indicate that human behavior does not change through guidance and advice, or through frequent preaching and speaking about noble values, virtues and high etiquette only.

Despite the importance of these tips and directives, their actual effect in modifying thinking and changing attitudes and behavior remains limited unless it is related to practical applications and behavioral patterns that last for long periods, and are supported by the surrounding environment to ensure that they are repeated and fixed. Until they become established habits in human behavior.

This is actualize with nature, of course, and is even more urgent in our time-the era of speed, haste and mental confusion resulting from the influence of cultures and behaviors coming to us from the East and the West, and the state of imbalance and the loss of the ability to set goals and continue to strive to achieve them, which have also become factors that confirm that the desired positive change will never come through preaching discourse, strict directives, or theoretical science and archives separated from reality and that make people live in an infinite system of ambiguities and contradictions.

Behavior and habits do not stabilize and continue only through practical methods and applications capable of transforming moral meanings and concepts into fixed patterns of behavior based on positive concepts and ideas that society is keen to reward and support in order to take root and persist.

What young people hear in terms of advice, teachings and fiery speeches evaporates from the mind within minutes under the influence of mental confusion, the crowding and pressures of life .. confusion in thinking, the overlapping of values, the blurring of goals and future vision, the flood of stimuli that people see on satellite channels, and the struggles they are experiencing on the ground.

Therefore, modifying thinking and getting rid of negative and destructive thoughts, as well as modifying behavior and adopting solid and continuous healthy and positive patterns and habits will only happen through a shift from the preaching culture, theology and the philosophy of ethics to training and practical application of modern and applied Islamic behavioral sciences.

Behavioral models in the Qur’an and Sunnah

The Qur’an and the noble Prophet’s Sunnah included a huge number of these practical behavioral models and practical applications in how to behave in various aspects and situations of life and under various pressures and psychological and social conditions, which imposes on us the necessity to study and analyze these behavioral models and skills and train them, and even the necessity of establishing new sciences in The jurisprudence of behavior is concerned with studying those behavioral methods and developing them to suit the age and its conditions, and that this be in accordance with the methods of experimental scientific thinking.

With the benefit of psychology, psychiatry, sociology, learning research, cognitive psychology and the rules of behavioral sciences, the most important of which are training in behavior modification and the use of reward and reinforcement method, among others; To establish desired behaviors and positive habits.

The great behavioral models presented by the Messenger, may God bless him and grant him peace, were mentioned in the different life situations in the Sunnah and in our religious heritage.

And all of them need to be re-studied and the work of a kind of behavioral excavation that is concerned with analyzing and studying behavior and its skills and does not stop at verbal text or teachings and verbal verbal sentencing, meaning that our interest is not limited to speech and its words – despite its great importance – but on the behaviors and behaviors with their skills and the steps of their practice according to all circumstances. There are many methods of learning different behaviors, installing and benefiting from them, such as learning by modeling (learning from implicit models), repetition, simulation, self-control methods, and others ..

The Messenger, may God’s prayers and peace be upon him, presented living practical models of an educational nature called implicit models in psychology, and they are considered one of the methods of behavior modification in modern psychology.

There is no doubt that many studies and recent empirical research confirm that human behavior does not change by mere insight or knowledge due to the problem – as Freud and traditional schools of psychology believed -.

And that guidance, advice, preaching or sent teachings – despite their importance – are not sufficient to modify behavior and establish new behavioral features and patterns, and that the time has come to shift from preaching culture to applied modern methods, so changing behavior is a difficult thing and acquiring some features and habits more difficult, and Islam has presented a group One of the effective methods in this field is consistent with recent research and with the opinions of contemporary scholars. Imam Al-Ghazali, may God have mercy on him, indicated in his book “The Revival of the Sciences of Religion.“To several methods mentioned in our Islamic heritage to modify behavior, and the term“ soul sport ”was used to emphasize the importance of continuous practical training to acquire and stabilize desired behaviors: for example, it demonstrates how to control anger and learn to dream and patience through training that begins with acting and provoking – if necessary – for a period. Sufficient time, attesting to the noble hadith: “Knowledge is by learning and dreaming by dreaming”; In order for it to become part of the individual’s nervous and behavioral system .. This requires commitment to progressive steps, with strict adherence to a tight and continuous system.

Practical models for the Messenger ﷺ

Among the practical examples presented by the Messenger, may God’s prayers and peace be upon him, to recommend social skills and social communication that support social harmony and mental health .. That, peace and blessings of God be upon him, used to start with the one who met him with peace and with a cheerful face. Which is under him .. and he used to give everyone who sat at him a share from the point of view, that is, from looking at him and paying attention to him .. And in all his behavior was characterized by modesty and modesty .. As the most people smiled and laughed in the face of his companions.

He was loved by people around him and clinging to him .. So the Almighty al-Hakim said in it: “With the mercy of God, you would have for them, and if you were tough-hearted, they would shake off those around you” (Al-Imran: 159).

The Almighty said: “But you forbear and overlook till” (Al-Baqarah: 109).

And the Almighty said: “and speak of goodness to people.” (Al-Baqarah: 83).

The Messenger, may God’s blessings and peace be upon him, used to repeat in more an occasion: “Your smile at your brother’s face is charity.”

Therefore we advise each person to imbibe on himself these qualities:

To make a lot of greetings and salutations of others, and to start with a handshake.

To give his attention to everyone who sits with him or has a dialogue with him.

To be compassionate and soft-hearted in his dealings with people.

To say a good word to people, and not be hard-hearted or hard-worded.

To train himself on tolerance, forgiveness and overlooking constantly, as they are the most important keys to happiness, success and mental health.