The Prophet and the People who Opposed him 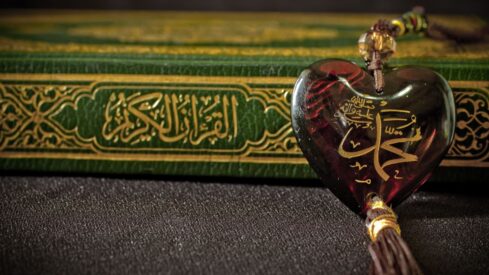 Bleeding from head to toe, battered and exhausted, the Prophet (peace and blessings be upon him) was faced with a choice. Should he or should he not seek to destroy the people who had just humiliated him by having their children chase him out of town while throwing stones at him? And what was his crime? All he wanted to do was to share his message and seek to benefit his people.

Prophet Muhammad (peace and blessings be upon him) was in At-Ta’if, a lush town of green palm trees, fruit and vegetables, about 50 miles southeast of his arid hometown Makkah. He was hoping that perhaps the people of this town would be receptive to his message, which had been rejected by most of the Makkans for more than a decade.

However, the people of At-Ta’if proved just as cruel and intolerant as his own people. Not only did they scorn his message of Allah’s Oneness, they turned their youth against him. In the face of this misery, the Angel Jibreel (Gabriel) was sent and presented him with an option: the whole town could be destroyed, by Allah’s will, for their arrogance and hatefulness.

He (peace and blessings be upon him) could have done it. He could have asked that those children who pelted him with stones be finished off along with their intolerant parents, but he didn’t!

No, the Prophet (peace and blessings be upon him) told the Angel not to destroy the people of At-Ta’if. Instead of cursing the children of this town, he prayed for their salvation.

That is just one example of how this man, whom Allah describes as a “mercy to mankind” (Qur’an 21:107) dealt with those who opposed him. It is just one of the many examples in the life of a person who faced constant death threats, actual attempts on his life, and abuse and humiliation at the hands of those threatened by his simple yet profound message: there is no god but Allah and Muhammad is His Messenger.

The people of At-Ta’if were not the only ones who tasted this mercy. It was his habit to pray for his enemies all the time. Two of his most bitter enemies, Abu Jahl and `Umar were also the objects of his prayers.

The Prophet made similar Du`as (supplications) for his people on a regular basis: “O Allah! Guide my people, for they know not,” he would pray, as he and his followers were beaten, humiliated, scorned and ridiculed.

On another occasion, some Companions came to the Prophet and said: “O Messenger of Allah! The tribe of Daws have committed disbelief and disobeyed (your commands). Supplicate Allah against them!” Contrary to the people’s expectations, the Prophet said: “O Allah! Guide Daws and let them come to us.” (Reported by Al-Bukhari).

These are just a few glimpses at how the Prophet dealt with those who opposed him. His opponents were not just people who fought his message on an intellectual level, they were individuals bent on destroying him, his family, his followers and Islam itself.

Contrast this nobility with some ignorant believers today who are found cursing others and praying for the destruction of the world. We do not know the aims of individuals. We do not even know ourselves. So let’s keep making Du`a’ that we stay on the right path and that Allah will guide others to it as well. We must not play God by assuming we know where others will end up.

When Allah tells us in the Qur’an about the kind of behavior which leads to receiving a good reward and the character which takes people to the Hellfire, He is saying this so that people may adopt the correct behavior and avoid Hellfire by abandoning what He forbade for our own good. Those verses are not meant to be a criterion for us to determine where others will end up. That knowledge is only with Allah, the Lord of the universe.

Our Prophet was a mercy to all human beings. Any person may turn to Islam regardless of his original religious background. We, as his followers, must live and spread this message today at a time when hatefulness and ugliness towards each other has become the norm.

We must also remember that most Muslims do not face the kind of opposition to Islam that the Prophet and his Companions faced in their day. Then should it not be easier for us to deal in the way of the Prophet with those who oppose us, which is usually done out of ignorance?