The Prophet Muhammad, peace be upon him, was the first person to suggest quarantine to curtail epidemics 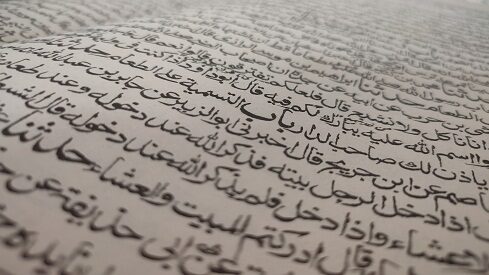 The American magazine Newsweek published an article that sheds light on the teachings of the Prophet of Islam, Muhammad, may God bless him and grant him peace, about personal hygiene and his guidelines if an epidemic strikes or leaves the land, and this procedure we call at the present time “quarantine.”

A Professor of Sociology at Rice University Craig Considine wrote an article entitled “Can the power of prayer alone stop an epidemic like Corona? Even the Prophet Muhammad had a different opinion.

Considine said the coronavirus outbreak is forcing governments and various media outlets to provide the most accurate advice and help the world’s population try to tackle it. After the epidemic threatens all of humanity.

He added that due to the Corona virus, the demand for advice from health care professionals, as well as scientists concerned with the study of epidemiology, and its impact, has increased.

In his article, the American researcher quoted Dr. Anthony Fauci, an immunologist, and Dr. Sanjay Gupta, a medical reporter, as saying: “Adherence to hygiene, quarantine, or the practice of social isolation from others; Hoping to prevent the spread of infectious diseases, it is the most effective measure to contain the outbreak of the novel coronavirus epidemic.”

Considine asked a question that he tried to answer, saying, “Do you know who recommended hygiene and the new quarantine during epidemics? He replied: The Prophet of Islam, Muhammad (may God bless him and grant him peace), 1400 years ago.

The writer opined that, “Although the Prophet of Islam is by no means a ‘traditional’ expert in matters relating to deadly diseases; But he had good advice; To prevent and combat the development of epidemics such as the new Corona virus.

The writer cited the hadith of Usamah bin Zaid on the authority of the Prophet, who said: “If you hear a plague in a land, do not enter it. And if it broke out in a land that you’rein, do not leave the land. Agreed upon.

The writer says that the Prophet had recommended to isolate those infected with contagious diseases from the healthy. The Messenger (may God bless him and grant him peace) also urged humans to adhere to daily habits of cleanliness capable of protecting them from infection. Consider the following prophetic hadiths:

“Purity is part of faith.”

“If any of you wakes up from his sleep, he should not dip his hand in the vessel until he has washed it three times, for he does not know where his hand was while asleep.”

“The blessing of food is ablution before it, and ablution after it.”

The writer follows the saying by asking, “If someone is sick, what advice would the Prophet Muhammad give to people who suffer pain?” The writer replied that he would “really encourage them—indeed, to seek medical treatment and medicines,” citing the hadith of Osama bin Sharik— May God be pleased with him – he said: The Bedouins said: O Messenger of God, shall we not seek medical treatment? He said: “Yes, O servants of God, seek medication, for God has not created a disease without creating a cure for it, except for one disease. The said: what is it I messenger of Allah? He said: The old age.

The writer said that the Prophet of Islam was wise in balancing faith and reason. In recent weeks, some have argued that prayer alone can protect us from the Corona virus, not adherence to the basic rules of social isolation and quarantine.

The writer said that although the Prophet of Islam recommended that religion be a comprehensive constitution for human life; However, he also urged that the necessary precautions be taken to ensure the stability, safety and well-being of all. In the sense that he urged humanity not to abandon “common sense.”