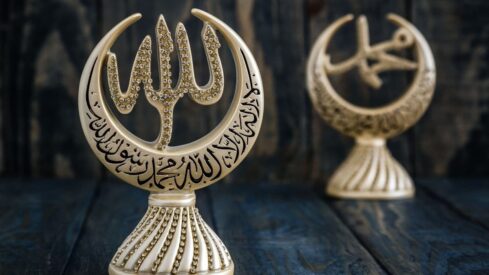 Throughout the period of his mission, Prophet Muhammad (peace and blessings be upon him) experienced all manners of difficulty. Deniers and polytheists from among his own people insulted him most terribly, even calling him a magician or a madman. Others wanted to kill him and even schemed to do so. Despite all that, the Prophet (peace and blessings be upon him) tried to teach people of all backgrounds and cultures about the Qur’an, and therefore about proper morality and good behaviour.

As Allah revealed in the verses of the Qur’an, some people had not the slightest idea of the basics of good manners, for which reason it never entered their minds that they might appal someone who possessed superior morality. The Prophet (peace and blessings be upon him) displayed the greatest patience in these circumstances, turning to Allah and asking for His help in all situations and encouraging the believers toward patience and submission.

In many verses in the Qur’an, Allah advises the Prophet (peace and blessings be upon him) to be patient despite the words of unbelievers:

[So be patient in the face of what they say and glorify your Lord with praise before the rising of the sun and before it sets.] (Qaf 50: 39)

[Do not be grieved by what they say. All might belongs to Allah. He is the All-Hearing, the All-Knowing.] (Yunus 10:65)

[Perhaps you are leaving aside part of what has been revealed to you and your breast is constricted by this because they say, “Why has treasure not been sent down to him or an angel not accompanied him?” You are only a warner and Allah is Guardian over all things.] (Hud 11:12)

[It is a mercy from Allah that you were gentle with them. If you had been rough or hard of heart, they would have scattered from around you. So pardon them and ask forgiveness for them … ] (Aal `Imran 3:159)

In another verse, Allah told the Prophet (peace and blessings be upon him) how he should behave towards those around him:

[We know best what they say. You are not a dictator over them. So remind, with the Qur’an, whoever fears My Threat.] (Qaf 50:45)

The Prophet (peace and blessings be upon him) never pressured those around him to accept the religion, nor imposed conditions on them. Instead he always used the pleasantest ways to tell them about it.

He always supported the community of the faithful with his strong conscience, and was a benefactor to them at all times. On account of these traits, the Prophet (peace and blessings be upon him) is described in many verses as “your companion.” (Saba’ 34:46: An-Najm 53:2, At-Takwir 81:22).

Those believers who were able to comprehend the conscientiousness of the Prophet (peace and blessings be upon him) regarded him as closer to them than all others, and humbled themselves towards him. In one verse, Allah states:

[The Prophet has closer ties to the believers than their own selves, and his wives are their mothers … ] (Al-Ahzab 33:6)

Imam Al-Ghazali summed up the Prophet’s treatment of those around him:

The Prophet’s human love, kind thought, and compassion, which turned those around him to true religion and warmed their hearts to faith, is that superior morality which all Muslims should seek to reproduce.