The Qur’an as a Motivator of Change 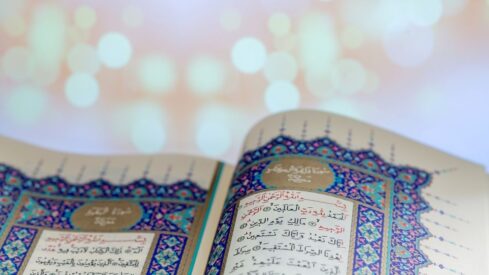 The Qur’an has a wondrous impact on those who receive it as a book of guidance and remedy. Its influence on them is great and radical; the Qur’an reforms the character and remolds it into a new form that is loved by Allah. One who doubts this effect has to consider what happened to the Companions of the Prophet (peace and blessings be upon him).

Before Islam, the Companions led a miserable, ignorant life. The change effected by the Qur’an in their life testifies to its power of change and reformation. Those poor, insignificant, barefooted desert dwellers were reshaped into new beings; their ambitions were elevated to sublime goals; and their hearts were raised and attached to Allah.

Their souls were changed and, therefore, Allah’s promise came true: (Surely Allah does not change the condition of a people until they change their own condition) (Ar-Ra`d 13:11). Thus, within a few years, a fresh force emerged from the desert of Arabia, conquering the strong empires of the time and seizing leadership from them.

How could the Qur’an bring about such dramatic change? Actually, what made the Qur’an so effective is the excellent approach followed by the Prophet’s Companions toward it. They understood the Qur’an and appreciated its value, taking in this regard the Prophet (peace and blessings be upon him) as their best example.

The Prophet Muhammad lived the Qur’an and was imbued by its spirit, approving what it approved and rejecting what it rejected. Therefore, it is not strange that his wife `Ai’shah described him as the “Qur’an walking on the earth.”

The Prophet (peace and blessings be upon him) used to recite the Qur’an slowly and clearly. Once a night, he would repeat the following verse in his prayer: (If You should chastise them, then surely they are Your servants; and if You should forgive them, then surely You are the Mighty, the Wise) (Al-Ma’idah 5:118).

The Qur’an had such an overwhelming effect on the Prophet that he said “(Surat) Hud [Surah 11] and its sisters [related surahs] have brought me white hairs before their due time.” So the appalling scenes of the Day of Resurrection and the description of what happened to previous nations, as mentioned in Surat Hud and its likes, affected not only the Prophet’s spirituality, but even extended to his physical being.

The Prophet’s Companions followed in the Prophet’s footsteps. They also savored the sweetness of the Qur’an and were touched by it. In this regard, the story of `Abbad ibn Bishr is very indicative. On their way back from one battle, the Prophet (peace and blessings be upon him) appointed `Abbad and `Ammar ibn Yasir to guard the camp at night. `Abbad took the first turn and `Ammar went to sleep.

The place seemed safe and, therefore, `Abbad spent his time in prayer. However, one polytheist was watching the camp and shot `Abbad with an arrow; `Abbad took the arrow out of his body and continued his prayers. The polytheist shot another arrow at `Abbad, and, once again, `Abbad took out the arrow and continued with his prayers. The polytheist shot `Abbad with a third arrow and it was only then that he stopped his recitation, made ruku` and sujud, and woke up `Ammar. When `Ammar asked why he did not wake him up after he was shot the first time, `Abbad answered,

I was reciting a surah that I didn’t want to interrupt. But when he (the polytheist attacker) kept on shooting me, I awakened you. By Allah, had not I feared that the task (of guarding the camp) assigned to me by the Prophet would be jeopardized, I would not have ceased the recitation of the surah until I had finished it or until he had finished me off. (Abu Dawud; authenticated by Al-Albani)

The above example affirms that reciting the Qur’an was not mere lip service practiced by the Prophet and his Companions. Actually, the real value of the Qur’an lies in its meanings and in its ability to effect change in the reader. The Qur’an is meant to revive believers’ hearts and to reform their minds. This in turn would produce people who know Allah and worship Him sincerely. However, such a fruit cannot be attained through thoughtless reading of the Qur’an, even if one were to read the entire Qur’an thousands of times.

The Companions affirmed this point repeatedly. `A’ishah (may Allah be pleased with her) was told about some people who used to read the whole Qur’an two or three times a night. Her comment was that “they (obviously) read, but as a matter of fact, they did not read.” And she then related how the Prophet would spend the whole night reading in his prayer just the surahs of Al-Baqarah, Aal `Imran, and An-Nisa’. While reading, he would ask Allah for His mercy when he would read a verse that imparted good news, and he would supplicate and seek refuge in Allah when he would read a verse that caused fear.

Abu Jamra once said to Ibn `Abbas, “I am quick in reading the Qur’an and I am used to finishing it in three days.” Ibn `Abbas replied, “As for me, I would prefer to spend a whole night reading (only) Surat Al-Baqarah with due reflection and careful recitation.”

In his book on the morals of the Qur’an bearers, Al-Aagri said,

Studying a small part of the Qur’an with careful reflection and due contemplation is better than reading large portions of it without such contemplation. This is emphasized by the lucid provisions in the Qur’an, by the Sunnah, and by the sayings of great Muslim scholars.

Mujahid was asked which of two men who spent similar time in prayers was better; the duration of their ruku` and sujud was the same, but one of them recited only Surat Al-Baqarah and the other recited the surahs of Al-Baqarah and Aal `Imran (but they spent the same time in reading). Mujahid said, “The one who reads only Surat Al-Baqarah is better.” He supported his view with the verse (And it is a Qur’an which We have revealed in portions so that you may read it to the people by slow degrees) (Al-Israa‘ 17:106). (Al-Aagri 82-83) 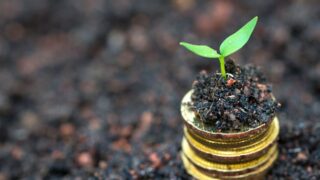