The status of women 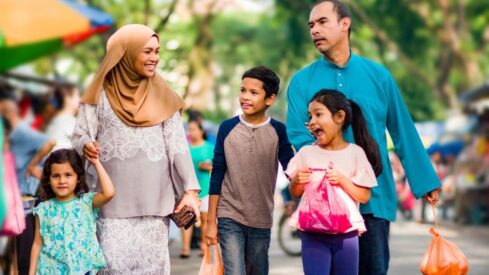 In Islam there is absolutely no difference between men and women as far as their relationship with God is concerned, as both are promised the same reward for good conduct and the same punishment for evil conduct.

The Qur’an, in addressing the believers, often uses the expression ‘believing men and women’ to emphasize the equality of men and women in regard to their respective duties, rights, virtues and merits.

“O ye who believe! Ye are forbidden to inherit women against their will. Nor should ye treat them with harshness, that ye may Take away part of the dower ye have given them,-except where they have been guilty of open lewdness; on the contrary live with them on a footing of kindness and equity. If ye take a dislike to them it may be that ye dislike a thing, and God brings about through it a great deal of good”. Surah 4 Verse 19

The Prophet of Islam, peace be upon him, said: ‘Women are the twin halves of men.’

This clearly contradicts the assertion of some of the Christian Fathers that women do not possess souls and that they will exist as sexless beings in the next life! The Qur’an says that women have souls in exactly the same way as men and will enter Paradise if they simply do good:

“Whoever works righteousness, man or woman, and has Faith, verily, to him will We give a new Life, a life that is good and pure and We will bestow on such their reward according to the best of their actions”. Surah 16 Verse 97

Women – before and after Islam

As a matter of fact, before the advent of Islam, women were often treated worse than animals! Pagan Arabs used to bury their female children alive, make women dance naked in the vicinity of the Ka’ba during their annual fairs, and treat women as mere chattels and objects of sexual pleasure – possessing no rights or position whatsoever, these teachings of the Noble Qur’an were revolutionary. Unlike other religions, which regarded women as being possessed of inherent sin and wickedness, and men as being possessed of inherent virtue and nobility, Islam regards men and women as being of the same essence created from a single soul.

“O mankind! revere your Guardian-Lord, who created you from a single soul, created, of like nature, its mate, and from the two, scattered (like seeds) countless men and women;- revere God, through whom ye demand your mutual (rights), and (revere) the wombs (That bore you): for God ever watches over you”. Surah 4 Verse 1

The Qur’an emphasizes the essential unity of men and women in a most beautiful metaphor:

…They (Your wives) are your garments and ye are their garments. …. Surah 2 Verse 187

Just as a garment hides our nakedness, so do husband and wife, by entering into the relationship of marriage, secure each other’s chastity. The garment gives comfort to the body; so does the husband find comfort in his wife’s company and she in his. Actually a garment is the grace, the beauty, the embellishment of the body, so too are wives to their husbands as their husbands are to them.

Islam does not consider woman “an instrument of the devil”, but rather the Qur’an calls her muhsana, a fortress against Satan. This is because a good woman, by marrying a man, helps him keep to the path of rectitude in his life. It is for this reason that Prophet Muhammad (pbuh) considered marriage as a most virtuous act.

The Qur’an has given the raison d’etre of marriage in the following words:

“And among His Signs is this, that He created for you mates from among yourselves, that ye may dwell in tranquility with them, and He has put love and mercy between your (hearts): verily in that are Signs for those who reflect”. Surah 30 Verse 21

He (pbuh) was also most emphatic in enjoining upon Muslims, to be kind to their women, when he delivered his famous sermon, khutbat al-wada’ on the Mount of Mercy, at Arafat. This was in the presence of one hundred and twenty-four thousand of his Companions. who had gathered there forhajjat al-wada’ (farewell pilgrimage). It was in this famous Farewell Sermon that he ordered Muslim men to be respectful and kind towards women.

In Islam a woman is a completely independent personality. She can make any contract or bequest in her own name. She is entitled to inherit in her position as mother, as wife, as sister and as daughter. She has perfect liberty to choose her husband.

Thus, after the advent of Islam, the Prophet’s followers accepted his teachings and brought about a revolution in their social attitude towards women. They no longer considered women as mere chattels, but as an integral part of society.

For the first time, women were given the right to have a share in inheritance. In the new social climate, women rediscovered themselves and became highly active members of society, rendering useful service, even during wars, which the pagan Arabs forced on the emerging Muslim umma. They carried provisions for the soldiers, nursed them, and even fought alongside them if it was necessary. It became a common sight to see women helping their husbands in the fields, carrying on trade and business independently, and going out of their homes to satisfy their needs.

The predominant idea in the teachings of Islam with regard to men and women is that a husband and wife should be full-fledged partners in making their home a happy and prosperous place. They should also be loyal and faithful to one another, genuinely interested in each other’s welfare and the welfare of their children. A woman is expected to exercise a humanizing influence over her husband and to soften the sternness inherent in his nature.

Once a woman came to the Prophet (pbuh), with a complaint against her husband. He told her:

The shari’a (Islamic Law) regards women as the spiritual and intellectual equals of men. The main distinction it makes between them is in the physical realm based on the equitable principle of fair division of labor. It allots the more strenuous work to man and makes him responsible for the maintenance of the family. It allots the work of managing the home and the upbringing and training of children to woman – a mission, which has the greatest importance in the task of building a healthy and prosperous society.

It is a fact, however, that sound administration within the domestic field is impossible without a unified policy. For this reason shari’a requires man, as head of the family, to consult with his family and then to have the final say in decisions concerning it. In doing so, he must not abuse his prerogative to cause any injury to his wife. Any transgression of this principle involves for him the risk of losing the favor of God. That is because his wife is not his subordinate but she is, the queen of her house, and this is the position a true believer is expected to give his wife.

In contrast to these enlightened teachings of Islam in respect of women, the Western talk of women’s liberation or emancipation, is actually a disguised form of exploitation of her body, deprivation of her honor, and degradation of her soul! 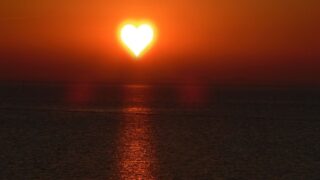 The Just Leader (peace be upon him): How Did Prophet Muhammad Treat His Enemies?

The article discusses how the Prophet treated the enemies in Madinah justly.