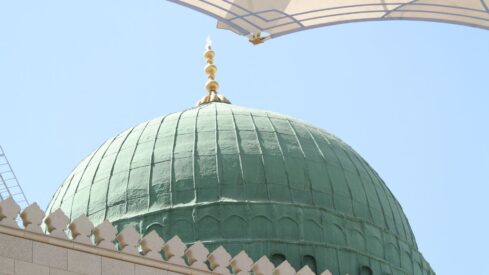 As detailed in Part 1, Prophet Muhammad, peace be upon him, used the various means of communication that belonged to his era to present Islam.

He took into account the psychological peculiarities of the individual and society in order to present the message in the best and most effective way.

He established communication with people at every opportunity and used sympathy to affect the person being addressed.

He brought love for mankind to the fore and addressed their minds and emotions.

What were his other communication principles?

To continue, these are eight more features of the Prophet in communicating with others.

He Gave Importance to People and the Things They Valued

{Do not revile those whom they call upon, besides God, lest they then revile God out of spite, through ignorance.} (6: 108) suggests that we should give importance to those things that other people value.

For this reason, even if we reject the thoughts and ideas of non-religiosity and disbelief, it is not considered moral to attack the thoughts and opinions of another person, no matter who they are.

The daughter-in-law of the chief of the hypocrites, Abu Jahl, accepted Islam during the conquest of Makkah. At this point, out of fear of her husband Ikrima, she fled to Yemen after accepting Islam and receiving the promise of forgiveness from Prophet Muhammad. Then her husband was found and brought before the Prophet:

The Prophet said, smiling. Then he turned to his friends and said:

“Ikrima will join you; when you see him do not denigrate his father Abu Jahl because such an insult will hurt those who are alive.” (Muwatta’ Malik, 4)

He Benefited from the People’s Skills

Prophet Muhammad paid attention to people’s different skills when appointing them to tasks. In fact, someone once asked him “When will the Day of Judgment come?” He answered:

“When the trusts are lost, then you shall await the Day of Judgment.”

When the same person asked how the trust was to be lost, the Prophet answered:

“When tasks are given into the hands of unqualified people.” (Al-Bukhari, 30)

Prophet Muhammad called Khalid ibn Al-Walid, who was renowned for his military skill, the Sword of God, complementing him on his skill and success. The Prophet used a poetical style of communication, in keeping with the style of communication of the age. He defended Islam through the skills and talents of the poets and benefited them in opposing the unbelievers. He said: “There is wisdom in poetry, because the poet can wound more than the arrow of the Quraysh.”

He Won People over by Giving Presents

Prophet Muhammad would give presents to those around him and receive presents from others to strengthen friendship, consolidate love, to win hearts, to direct them towards Islam, to prevent possible evil, or as a reward. Once he bought a camel from a young Companion called Jabir, and after paying the money for the camel, he presented it to the young man.

He Presented the Message Easily and Gradually

Prophet Muhammad paid attention to the ability of the human mind to process and perceive information, and as necessitated by the prophetic mission, he presented the divine message gradually, starting first with what was simple and easy. Prophet Muhammad sent Mu’adh to Yemen and made the following recommendation to him:

He Appointed the People around Him to Spread the Message

Once the Prophet said:

In this way, Prophet Muhammad ensured that his message would be passed on. He gave responsibility to those around him to protect the authenticity of his words when spreading the message.

“A lie said in my name is not like a lie said in another’s name. The place in hell for the person who wittingly lies in my name has been prepared.” (Al-Bukhari, 1291)

He Demonstrated Patience and Tolerance to Negative Reactions

Prophet Muhammad’s wife, Aisha asked him if he had ever lived through a more difficult day than that of the Battle of Uhud. He answered as follows:

“Yes, I have experienced much oppression from your tribe. The worst of this was what they did to me on the day of Akabe (in Taif). I wanted to seek shelter with Ibn Abdul Jalil in Taif, but he refused (to help me). He turned me away and I was walking away in deep sorrow. By the time I had arrived at Karnussalib I still had not recovered. When I lifted my head there I saw a cloud shadowing me. When I looked closely I saw Angel Gabriel in the cloud.

Gabriel called to me: “Allah has heard what you said to the tribe and how they have refused you. He has sent you the Angel of the Mountain.”

Then the Angel of the Mountain called to me and greeted me. Then he said:

“O Muhammad! Allah heard what the tribe has done. I am the Angel of the Mountain. What do you want me to do? If you wish I can bring these two mountains down on their heads.’

“No, I only wish Allah that they will worship Allah and not see anything as partners to Him.'” (Al-Bukhari and Muslim, 643)

He Preferred Good Actions and Did not Seek Revenge

Thumama ibn Usal met Prophet Muhammad in Makkah where the Prophet invited him to Islam; the latter responded: “If you make this suggestion one more time I will kill you.” He was a person who was so full of enmity that another time he wanted to kill the envoy sent by the Prophet. A troop of Muslim soldiers captured him and brought him to Makkah. The soldiers had not recognized him.

Prophet Muhammad recognized him immediately and tied him to a pillar in the mosque and requested that he be treated with respect. In the mosque, at the evening and the end of the prayers the Prophet would go up to him and offer Islam to him. Thumama just answered: “If you are going to kill me you will be killing a murderer who has spilt blood; if you want a diet of blood I will give you what you desire.”

Prophet Muhammad did not answer him, but just walked away. Thumama saw what was going on in the mosque and what kind of religion Islam was. Three days later, when he received the same answer, Prophet Muhammad requested that Thumama ibn Usal be set free without any ransom.

Thumama was impressed by this behavior and when he had been set free he left the mosque and after cleaning himself up in a place outside the city he went to the Prophet again, informed him that he had become Muslim and said:

“Until recently you were the man I hated most in the world; now I admire you more than anyone else.” (Al-Bukhari, 4372)

He Sometimes Employed Socio-Psychological Pressure or Used Warnings or Rebukes

Sometimes Prophet Muhammad applied socio-psychological pressure. According to the hadith Ka’b ibn Malik for some reason failed to participate in a military expedition. This behavior of his was not met with pleasure by the Prophet and he refused to speak to Ka’b ibn Malik for fifty days.

There were two other people in the same situation. This behavior, i.e., not looking in their faces and having no communication whatsoever with them, was a punishment for not going to battle with the other Muslims. Prophet Muhammad said in an upset and angry manner “Stand up and go away until Allah’s judgment arrives!” to Ka’b ibn Malik.

The latter said that these fifty days made the world a prison for him. A while later, in response to his sincere repentance, God informed the Prophet that Ka’b and the other two had been forgiven in the following verse:

{(He turned in mercy also) to the three who were left behind; (they felt guilty) to such a degree that the earth seemed constrained to them, for all its spaciousness and their (very) souls seemed straitened to them, and they perceived that there is no fleeing God (and no refuge) but to Himself, then He turned to them, that they might repent: for God is Oft-returning, Most Merciful.} (9: 118)