The Wise Teacher (peace be upon him) The Prophet of Mercy: ‘Plant It’ 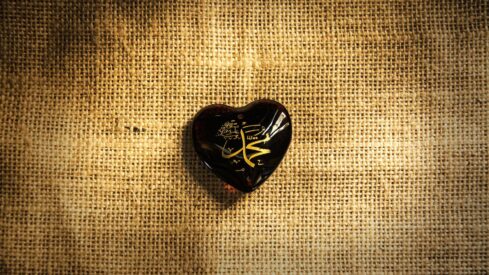 Prophet Muhammad, peace be upon him, said:

“If the Last Hour comes while one of you has a palm seedling in his hand, which he can plant before it falls, let him plant it.” (Musnad Ahmad)

The palm seedling will only bear fruit years later when the Day of Judgment is imminent, but the order of Prophet Muhammad, peace be upon him, is: Plant it.

It is not: Repent! Pray! Ask forgiveness! Rather, Plant it.

This is simple, yet teaches the whole law of Islam.

There is only one path leading to both and connecting them together. One path – its beginning in this world and its end in the hereafter. A path on which worship is nothing different from work; where both are one thing in the sight of Islam, moving along side by side.

Once they meet and merge into one, the same thing happens inside the soul and the inner conflict over divergent goals is solved.

With them united, life is no longer divided into worship and work – nor the individual into body and soul, nor one’s aims into practical and abstract, realistic and idealistic – for every deed becomes in itself an act of worship and a means of approaching Allah, exalted is He.

Abu Dharr, may Allah be pleased with him, narrated that the Messenger, peace be upon him, said:

The Companions asked, “O Messenger of Allah; is there a reward for one of us when he satisfies his desire?”

Till The Last Breath

With his sincere push to work and persistence in it, the Prophet teaches that there is no room for despair.

Take action, work, plant, have faith to the last moment.

Working to the last moment of life must not stop because of despair of the results. All obstacles, impossibilities, or fears have no weight and must not prevent action.

Exert the effort, and leave to Allah how and when its fruits will be picked up.

Exert it with complete faith; that is your duty and mission and there they end – at planting the seedling in the land, not picking up the fruits.

This was the way of the Prophet, peace be upon him.

He always planted the seedling, even without knowing what would happen moments later. The Quraysh might conspire against him and kill him.

He, along with the believers, might die of hunger under their merciless siege.

Their evil hands may catch him while trying to reach the cave.

But despite all hardships, he always planted the seedling, giving it all the needed care until Allah willed for it to yield fruit.

This is the way of this New World of Muhammad.

Any hand holding a seedling should plant it. How will it grow amid destructive storms? Or evil besetting it?

It is not your task.

Plant it, and rest confident in the Hands you entrusted it to.

Dedicated to anyone not aware, not fully informed, or has been misinformed about the Prophet of Islam.