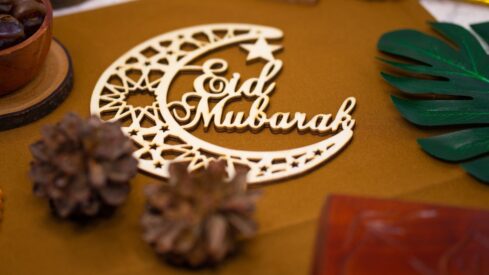 As I left for the Eid Prayer on the early morning of Eid Al-Fitr, my husband and I began making the Eid Takbir (saying “Allahu Akbar”—Allah is the Greatest) through all of the traffic and the traffic lights. I was feeling quite content; it was after all Eid. I had been to many other `Eid Prayers before; this one was somehow different for me. Since my conversion to Islam almost seven years ago, it has taken me quite some time to begin to comprehend the greatness of this religion and to study it a little more in depth. It has taken some time to understand why and how we do certain things as Muslims. Also, it has taken some time for this holiday to have a deep meaning for me and for me to grow as a Muslim.

I began thinking about another reason why this Eid was different for me. I realize now that it was also very special because I was going to the Eid Prayer where I knew almost everyone there, almost as though they were my close family (and for many converts to Islam, that means a great deal). As my husband and I arrived at the place of the Prayer, we saw a good friend of my husband’s directing the traffic. We parked and I walked towards the Prayer area; it was such a peaceful morning. I entered the Prayer area and was greeted by a couple of sisters whom I know to be kind hearted and ma sha’ Allah, good Muslim women. They were directing the other sisters towards the qiblah. My job was handing out papers with the words of the Takbir to all those who arrived for the Prayers.

As I stood by the entrance door saying: “As-salamu alaykum, Eid Mubarak. Taqabbala Allahu minna wa minkum” (Peace be upon you, happy Eid. May Allah accept your good deeds and mine),” everyone was smiling and joyful. Some sisters grabbed me with delight, hugging me and others shook my hand enthusiastically. Subhan Allah, I couldn’t help but feel so strong in my iman as I was on this Eid day—a feeling of trust, and a feeling of closeness that you cannot experience in any other way. I had been a Christian before and had been to the Christian celebrations and through all the hoopla surrounding them, but not a shred of a similar feeling ever existed as on the Eid. I thought of the hadith of the Prophet (peace and blessings be upon him) where he told us that Allah has given us Eid Al-Adha and `Eid Al-Fitr as better feasts.

The feeling of true kinship with your fellow brothers and sisters in Islam, the true feeling of peace, are things to ponder over, and we must always keep in mind what a great blessing it is that Allah has bestowed on us all the greatest of mercies—that He made us Muslims. May Allah keep us all on the straight path and bless us all with a strong iman. Ameen!

There are two dilemmas facing a Muslim in the west today- feasting and competing with Christmas.

The first House appointed for men was that at Bakka: full of blessing and guidance for all beings.

The article draws the difference between major and minor apostasy, and between apostates who do not wage war against Islam