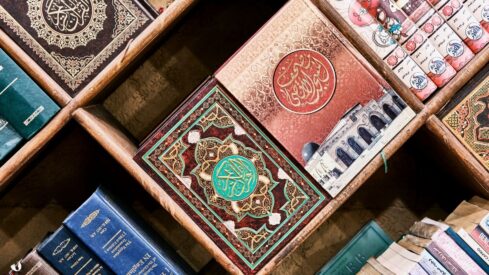 Is there still a chance? Can my sins be forgiven? I have committed all kinds of sins, can I get them wiped out? Would Allah really accept me after years of deviation and defiance? These are some of the questions that haunt many people when they think of repentance (tawbah) and decide to do away with their shameful past.

The answer to these painful questions was provided by our beloved teacher, Prophet Muhammad (peace and blessings be upon him). He related to us the story of a man who murdered not one, two, or even a dozen of people. He slew 100 people but was still eager to repent and turn over a new leaf.

How did Allah receive such a person? Did Allah accept him or kick him out of His mercy? Let’s start our journey with this man and try to take lessons from each juncture in his story:

Abu Sa`id Al-Khudri (May Allah be pleased with him) reported: The Prophet of Allah (peace and blessings be upon him) said: “He was directed to a monk. He came to him and told him that he had killed 99 people and asked him if there was any chance for his repentance to be accepted.”

Ninety-nine persons were murdered by this man, but his heart was still alive. His conscience pricked him and he felt the innate disposition towards good. He was ashamed of his black record and wanted to rectify it. He actually made the decision to repent and followed this decision with the first practical steps. This is an important point, in fact, for procrastination is one of the evilest satanic traps. Sometimes, you feel enthusiastic and eager to correct your path, but if you do not turn these wishes into deeds, the wishes quickly abate. They are merely daydreams, castles in the air.

There is still another lesson to be considered: When looking for a counsellor, this murderer asked about the most learned person on earth. This teaches us to be careful when seeking a fatwa or advice. When you get sick or have something wrong with you, you go to the best doctor. When you intend to build a house, you go to the best architect. We should bear in mind that the matter of religion is far more serious.

Now, did the person to whom our remorseful murderer was referred rise up to the expectations? Let’s see:

“He replied in the negative and the man killed him also, completing one hundred. He then asked about the most learned man on the earth. He was directed to a scholar.”

Alas, the monk was not qualified to give advice on such matters. He was a monk dedicating his life to worship and devotion. But this is not sufficient to give counsel and fatwas to people. To do so, one needs to be a knowledgeable scholar who is well-acquainted with the principles and teachings of Islam. This setback, however, did not prevent the man from pursuing, once again, the path of Allah. This is an important point because many people give in after the first failure, and only one obstacle is enough to make them retrace their steps.

Now, the murderer is referred to a reliable scholar.

“He [the murderer] told him that he had killed 100 people and asked him if there was any chance for his repentance to be accepted. The scholar replied in the affirmative and asked, ‘Who stands between you and repentance?’”

This is the right answer. Allah’s mercy is wide open and He Almighty is ready to receive the sincere repentant. But, is it enough to just say “I repent”? Is repentance a matter of lip service and ritual formalities? Let’s see what the advice of the knowledgeable scholar was:

“‘Go to such-and-such land; there (you will find) people devoted to worship of Allah. Join them in worship, and do not come back to your land because it is an evil place.’”

So, break your repentance down into practical steps. Abandon anything that attracts you to your sinful past; avoid bad friends who tempt you to sin; ready yourself for the new life by preparing a helpful environment.

This is the happy end. True, this person did not do one single good act and his record was as black as coal. But, no problem; since he embarked upon the journey to Allah, Allah would not reject him. So here is a man who killed 100 people, but his repentance was accepted and he was welcomed.

Do you still believe that your sins are too much to be forgiven? Are you still hesitant to start your own journey?