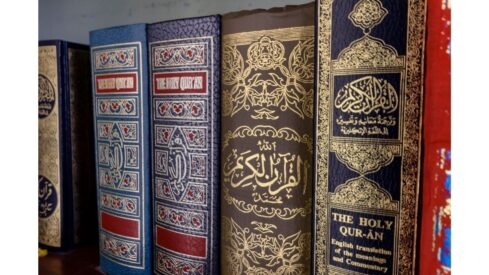 The Qur’anic words are considered sublime. Allah challenged the Arabs to produce a literary work of a similar calibre like the Qur’an. The Arabs found it an unapproachable task despite their well-known eloquence and literary prowess. If this was the case with the native-speakers of Arabic in the Arabian Peninsula, then we can safely assume that translation of the Qur’an is an extremely difficult endeavour in trying to reflect the shades of meaning in another language. This inevitably changes the original text.

Many problems are likely to occur when translating between any two languages. Some aspects of translation are quite difficult regardless of which language you are translating to or from.

This is not necessarily just the opinion of an enthusiastic believer. In fact, even the enemies of the Prophet (peace and blessings be upon him) at his time – who used to fight him, trying to discredit him and the Qur’an and everything else that represented Islam – they themselves used to slip quietly at night to be closer to the Prophet (peace and blessings be upon him) and listen to him while he was reciting the Qur’an. This means that they were greatly impressed with its power and strength, not only its meanings, but also the irresistible style of the Qur’an.

The origin of the Qur’an cannot be human; it must be divine

Even some scholars, who were both non-Arab and non-Muslim, like the Orientalist, Gibb, said, “No man has ever played on that deep tone instrument with such power, such boldness, such range of emotional effects…” Later he said, “To anyone who has not heard the sonorous majesty of an Arab reciting the Qur’an, it is impossible to convey what the Book lacks in English, French, or German.”

In this statement, Gibb actually came very close to admitting that the origin of the Qur’an cannot be human, but that it must be divine in origin, even though he did not say it outright. This is because, according to his own words, there is no parallel in history to the Qur’an; that no person or speech ever had the impact and power of the Qur’an.

Therefore, if there is no parallel whatsoever with the Qur’an, why do we have to say that this is a unique case, especially if we remember that Prophet Muhammad (peace and blessings be upon him) was unlettered and was not known to be either a writer or a poet. Even his own words – other than the Qur’an – meaning what was beyond what he uttered by way of dictation from the Angel of revelation – Gabriel –  is quite different in style from the Qur’an. Therefore, this leads us to this question: Where did the Qur’an come from?

It is not really strange, despite all these problems with translation, that in some of half-decent translations of the Qur’an, there was an honest attempt to convey as many of its meanings as possible. Although these translations are not part of the style of the Qur’an, they were powerful enough to motivate non-Muslims, who did not know Arabic, to embrace Islam.

In an interview with Yusuf Islam (previously known as Cat Stevens), a super pop musician from Britain who became Muslim, he indicated that one of the most powerful things that really changed his life completely, even though he did not know anything about Islam, was reading the Qur’an. He did not read it from the original, but through some of the available English translations. Cat Steven’s case is not the only one; there have been numerous others like that despite all the problems with translation.

In the Arabic language, there is rich vocabulary, perhaps richer than many other languages. Moreover, many times, the very same word in Arabic may have different shades of meanings. For example, if someone attempts to translate, he simply tries to select one English word or to find an English term that encompasses that meaning. However, this does not fully convey the meanings of the Qur’an.

Take for example the two Arabic words “istata`a” and “ista`a“. These are both usually translated into English as (being able to), whereas, in fact, one of them has the sense of being able to do an easy task, while the other refers to being able to do a more difficult task. The subtlety of the meaning is clear here. In English, however, one simply says (able to).

What’s more, there are a number of terms, for instance, that are more or less like divine attributes of Allah the Almighty, such as (Khaliq – Khallaq –Fatir – Badi` – Bari‘). All of these terms are usually translated into (Creator or Originator), for example. However, in fact each one of them has a particular shade of meaning; a particular emphasis that is not exactly equal or equivalent to the other terms.

Furthermore, when one describes Almighty Allah or talks about some of His attributes such as (Malik – Malek –Maleek), these attributes are normally translated as something like sovereign of the universe or king. However, there are actually variations in the meaning of each of these.

The same applies to a variety of other expressions. This, I think, illustrates that one cannot really find one single term in English, for example, that conveys all these shades of meaning, whereas the original can easily provide these kinds of variations of meaning.

Another problem is that there are some words in Arabic that even though their meaning could be understood by the English translator, there is no one single word that conveys their meaning in English. A translator has to form a sentence if he is to properly convey the meaning.

An example of this is when the Qur’an speaks about the origin of human beings. I am talking, particularly, about embryology. According to the Qur’an, the human is created from (nutfah); this is one single word in Arabic, but when one tries to translate it into English, the closest meaning, according to Dr Maurice Bucaille, was a very small quantity of liquid needed in the fertilization process of the ovum.

Even in the case of words that have concise and specific meanings, sometimes there are errors in translation that change the meanings altogether. For example, the Qur’an speaks about the Qur’an as {wahyun yuha} (An-Najm 53:4). The correct translation is (Revelation which is revealed). This is referring to revelation from Allah the Almighty.

However, a translator like Robinson translated it as “It is suggestion suggested” instead of (Revelation which is revealed). This is not the correct meaning of the term, and it is actually biased in its meaning by saying that revelation coming from Allah the Almighty is like suggestion. Suggestion can come from oneself, so that seems to be totally away from the meaning and context of the verse in the Qur’an.

Besides, a translation of one word, even though it could be correct literally, could mean something quite different from what the Qur’an speaks about unless one is extremely careful and is translating within the context of the Qur’an. An example of this is the following verse that reads, {Ta`ala Allahu `amma Yakulun `uluan kabiran.} (At-Tur 52: 43)

The correct translation of this is {Allah is highly exalted above those they associate with Him.} However, a translator wrote (how far is Allah above those they associate with Him). This is not a very concise meaning, as “how far” means that there may be some recognition of a hierarchy of gods but Allah is far above them. Whereas, the other correct translations removed even any notion of comparison, and they simply said that Allah is exalted above and beyond all human description or associating others with Him in His divine attributes.

There is a strange translation made by Lane of verse number 93 in the second chapter of the Qur’an which describes the Israelites when they disobeyed Allah the Almighty and Prophet Moses (peace be upon him); the verse reads in the Arabic original {Wa ushribu fi Qulubehem Al-`Ijla.} (Al-Baqarah2:93)

In Lane’s translation, which is incorrect, he said, “They were made to drink down the calf into their hearts.” This is a very strange translation, because the original wording of the verse does not have anything to do with drinking – physically drinking the calf. However, ‘Oshrebu‘ here means that the hearts of the Israelites were filled or soaked with love for the golden calf which they worshipped. As Dr Khalifa observes, “This erroneous translation was apparently influenced by the translator’s ‘Biblical background’; it is stated in the Book of Exodus in the Bible, in chapter 32, that Moses, when he returned, was very angry, so he ordered that the calf would be burned and made into powder and  that this powder be mixed with water. Then he asked the Israelites to drink it.” However, this is not the story related in the Qur’an. The wording of the verse has nothing to do with this kind of erroneous translation. 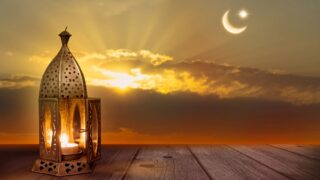 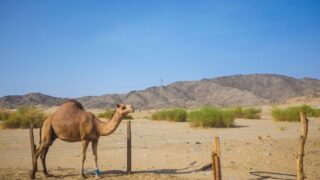 On the occasion of celebrating the International Day for Arabic language, which falls on the eighteenth of December of each year. Experts and academics affirm that, the Arabic language has the flexibility and ability to absorb the developments and transformations of the era, and to meet all intellectual, cognitive and aesthetic challenges. Furthermore, writers, experts 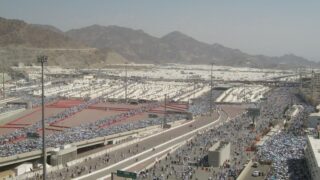