Treat Them Kindly Prisoners of War 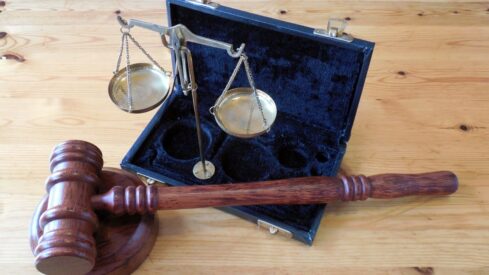 “Treat the prisoners of war kindly.”

No, this is not a statement in the Geneva Conventions summarizing the rights of POWs. This is the Prophet Muhammad’s instruction to his Companions more than 1400 years ago. Islam has set down rules for warfare, detailing when Muslims should fight, whom they should fight, and how they should fight.

In the time of the Prophet Muhammad, the Muslims set an unprecedented standard for the ethics of dealing with captured enemies. They treated prisoners of war in a manner that has yet to be imitated in history. Islam set the basic rule that the captive is protected by his captivity and the wounded by his injury.

Islam instructs Muslims either to free captives who cannot offer ransom (in the form of money or an equivalent number of Muslim captives) or to ransom prisoners of war.

Prisoners of war are not to be humiliated or degraded in any way. They have the right to their human dignity and the right to be protected from sexual, emotional, and physical abuse. Sufficient health care should be provided for prisoners who need it. Proper food and clothing should also be provided, as well as sanitary facilities. The Prophet also instructed his Companions to shelter their prisoners from the summer sun and to provide them with water to drink.

Captives are invited to learn about Islam, but they are under no pressure whatsoever to convert. [There is no compulsion in religion] (Al-Baqarah 2:256) means that sincerity is an essential requirement of one’s faith, therefore, no one can be coerced to become a Muslim nor should anyone convert to seek some worldly benefit.

The Qur’an describes the righteous:

[And they, though they hold it dear, give sustenance to the indigent, the orphan and the captive. (Saying) we feed you for the sake of God alone: no reward do we desire from you, nor thanks.] (Al-Insan 76:8-9)

Relating how the Companions complied strictly with the Prophet’s instructions on treating POWs, one of the prisoners of the Battle of Badr, Huzayr ibn Humayr, said: “I was with one of the Ansari families, after being taken as captive. Whenever they had lunch or dinner, they used to give me preference by providing me with bread while they’d eat only dates, in compliance with the Prophet’s order to treat prisoners well.”

Another, Thamama ibn Athal, was taken prisoner and brought to the Prophet, who said, “Be good to him in his captivity.” When the Prophet went home, he asked that any food in his house be collected and sent to Thamama.

Each human being has inherent value and distinction as God’s creation.

Later, the Prophet approached him respectfully and inquired whether Thamama could ransom himself: “What have you, Thamama?” He replied, “Actually I have a lot going for me. If you kill me, you kill a man whose blood will surely be avenged. If you are generous, then you are generous to a man who knows how to be grateful. If you are after money, then ask of me whatever amount you like.”

The Prophet left him and on the second day when he approached him, Thamama said basically the same thing. On the third day, the Prophet said, “Let Thamama go.”

They unbound him and let him go. He went on his way, quickly took a bath and returned, declaring, “I bear witness that there is no God but Allah and I bear witness that you are the Messenger of Allah. O Muhammad! I swear by Allah that there was no man on the face of the Earth whom I hated more than you. Now you have become to me the dearest of men. And I swear by Allah that there was no religion on earth more loathsome to me than your religion, but now it is the most beloved to me of all religions. There was no country on earth more despised by me than your country, yet now I love it more than any other country in the world.”

The Islamic ethics of treating prisoners of war is part of the whole system of Islamic ethics, which places utmost importance on the preservation of human dignity and rights. This principle extends from the rights of the unborn child to the rights of women, the elderly, non-Muslims living in a Muslim country, to aggressive enemies captured as prisoners of war. Each human being has inherent value and distinction as God’s creation.