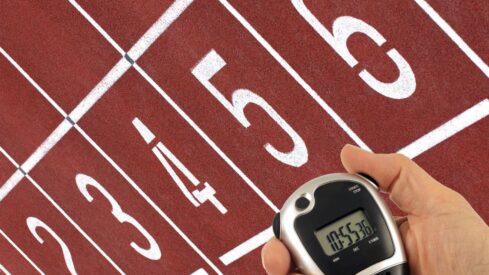 I once attended an Islamic function where Imam Hamza Yusuf of the Zaytuna Institute posited that one way to understand Americans on an individual level is to understand the nature of sport in American society. Having been a competitive athlete myself for the better part of 20 years, I’d have to say that Yusuf isn’t far off base with his assertion.

There is simply something about sport that captivates Americans. Maybe it’s the ancestral tie to Greece and Rome where sport was literally religion. Maybe it’s the history of rugged individualism that saw Americans climbing mountains in the West, breaking horses on the wide open plains and fording rivers from sea to shining sea. Or maybe it’s a deeper spiritual connection that one gains when the body is trained to optimal performance.

But regardless of what drives sport, there is no denying that it is a metaphor for contemporary American life. In recent years that metaphor has been tainted and warped by rabid materialism and shameless self-aggrandizement on the part of athletes. However, I would argue that this metaphor still retains its overall integrity and that it furthermore is not as far from an Islamic metaphor for life as one might think.

Consider that Islam requires of its adherents a strong sense of purpose and a dogged determination to stay the course of religious righteousness in a world that entices one do otherwise. Many Muslims take one look at American society and surmise that Americans simply don’t have the stomach for religion in the context of what Islam requires. After all, if Americans can’t seem to make it to church once a week, then how in the world would they ever make it to a mosque five times a day, every day for the balance of their lives?

It may be true that church attendance has been down over the past few years; but that does not necessarily mean that the aspects of religiosity considered requisite for piety are lost on Americans.

If think back to my own life, I can remember years on end in which day in and day out I would rise before dawn to train for two hours. Then I would spend my day eating foods that optimized physical performance. Then in the evenings I would train again for another three hours. I would go to sleep early each night and wake to start my routine all over again the next day.

During my training sessions I was forced to face physical pain, emotional doubt, boredom from the monotony of it all, illness, injury and a host of other hurdles and impediments. But for me, it was all worth it, because I held out hope that one day I would be a world-class athlete and maybe even an Olympic champion. In other words, I understood the concept of sacrificing for a deferred reward. In my case, Olympic glory was that deferred reward.

In the case of Muslims, paradise after a life of struggle is the deferred reward. And the very same things that make great athletes make great Muslims; and vice versa. In fact, the companions of the Prophet Muhammad (saaws) would actually compete with one another in excelling in the religion of Islam. For them, good deeds were things to be sought after with every effort and they would not hesitate at opportunities to better themselves.

This is not so different from the contemporary athlete who is willing to run a race until he or she is exhausted to the point of nausea and collapse. In fact, there have been recent cases of football players dying of heatstroke, simply because they would not leave their training sessions for fear of losing one step in their pursuit of a deferred reward. Imagine that – a martyr for a sport!

Of course neither martyrdom nor training is lost on Muslims. Being a shaheed (martyr) is one of the greatest stations to which a believer can aspire. And in order to be a good Muslim one has to implement tarbiyyah, or training.

So the real issue at hand is helping non-Muslim Americans see that much of what they know culturally is, to some degree, Islamic. It was this very realization that helped me eventually covert/revert to Islam. My training as an athlete made me recognize that if I would only put my trust in Allah (swt), that I would have the fortitude to be Muslim; for many of the tools of a Muslim were already known to me through athletics. It was only a matter of apply them towards a different deferred reward. And what reward could be better than paradise. A gold medal surely pales in comparison.