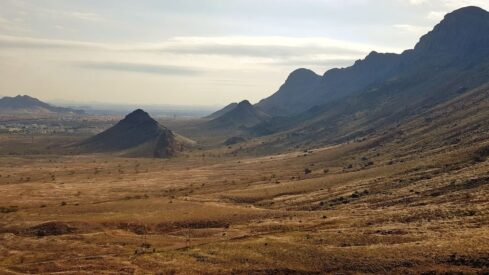 [Those to whom people said: “Surely men have gathered against you, therefore fear them;” But this increased their faith, and they said: “Allah is sufficient for us and most excellent is He in Whom we trust!”] (Aal `Imran 3:172)

With these strong and confident words the Prophet (peace and blessings be upon him) and his Companions foiled one of their opponents’ attempts to weaken their morale and break their willpower. They successfully passed the difficult tests that confronted them and set a great example of endurance and steadfastness for all Muslims.

The story on which this verse is based is inspiring. In AH 3, the Muslims underwent one of their bitterest experiences. They lost 70 in the Battle of Uhud and many others were injured. Nonetheless, the enemy failed to achieve its goal: The Quraish failed to kill the Prophet and were not able to enter Madinah. They withdrew to Makkah content with the losses they had inflicted on the Muslims. Yet the Muslims were not out of danger. Who knew? The Quraish might return to sweep Madinah. It was necessary to abort any attempt of this sort.

The day after the battle, the Prophet ordered the Muslims to march for a second encounter with the Quraish. The pains of Uhud had not yet abated, and the Muslims’ wounds were still fresh. The fierce fight in Uhud had drained the Muslims and had exhausted their striking power. What’s more, the Prophet’s call was restricted to those who had participated in Uhud; others were not allowed to join the army. Those devoted men who had not made up excuses to avoid the battle now had their sincerity and steadfastness put to another test.

The Muslims’ response was overwhelming. The books of seerah (the Prophet’s biography) relate two stories that reveal how ready the Muslims were to obey the Prophet and how deeply they were infused with the spirit of endurance, steadfastness, and resistance.

The hero of the first story is Jabir ibn Abdullah. He and his father (may Allah be pleased with them) were eager to accompany the Prophet in Uhud, but one of them had been forced to stay behind to care for Jabir’s seven sisters. The father was not prepared to miss a battle beside the Prophet and ordered his son to look after his sisters. After a brave fight, Abdullah was martyred. The pain of deprivation, however, did not prevent Jabir from asking the Prophet to join the army for the second encounter. He told the Prophet about his excuse for not participating in Uhud. The Prophet accepted his excuse and admitted him into the army’s ranks.

The other story is of two brothers who participated and were injured in the Battle of Uhud. Once they heard the Prophet’s call, they insisted on joining him. They had to walk the 8 miles on foot because they had no animal to ride on. One of the brothers was more seriously injured than the other and had to be carried by his brother from time to time throughout the journey.

The Prophet’s decision proved to be very wise. On their return to Makkah, the Quraish’s army felt that they had not achieved their purpose. After all, the Prophet and his Companions, though exhausted and injured, were still alive.

The Quraish mulled over returning and putting an end to the Muslims once and for all. However, Abu Sufyan, the Quraish’s leader, learned that Muhammad was pursing them. Amazed by Muhammad’s decision to strike back, Abu Sufyan feared that he might lose the half victory he had just attained. He thought of a plan to hinder the Muslims’ progress but nonetheless decided to continue on his way to Makkah.

To weaken the Muslims’ morale, he hired some travelers to go and meet the Muslims on their way and tell them that the Quraish had rallied and gathered a multitude of soldiers to do away with the Muslims. Abu Sufyan thought that this would be enough to undermine the determination of the Muslims, but he was wrong. The Muslims’ response was magnificent:

[Those to whom people said: “Surely men have gathered against you, therefore fear them;” But this increased their faith, and they said: “Allah is sufficient for us and most excellent is He in Whom we trust!”.] (Aal `Imran 3:172)

With this uncompromising response, the Prophet and his noble Companions made it clear that, no matter how many obstacles they would face, how much suffering they would be subjected to, or how strong their adversities would be, they would never fail their message or abandon their mission. They were ready to face anything and everything, and to sacrifice their lives with pleasure for their religion.

Such exemplary endurance is exactly what Muslims need today. The Muslim Ummah is confronted by enormous calamities on all levels. The blood of innocent people is being shed daily in Iraq, Palestine, and other places. Many Muslims suffer economic and technological backwardness, and have the lowest development rates.

The Muslim Ummah faces a real test that requires men and women of strong willpower and unshakeable endurance. Such staunch men and women would withstand challenges, overcome obstacles, defeat difficulties, and go ahead with their mission with bold hearts and valiant spirits. 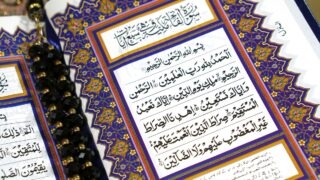