If you wanted a quick boost for your mind, what’s the best activity to engage in? Scientists looked at whether a brief relaxation or a jog would boost your cognition and have a definitive winner. Lace up your sneakers!

There’s already been evidence that brief aerobic exercise that’s not too intense like a jog or a walk can provide an instant boost to how your mind functions. Its speed and attentional control, as well as your mood will be beneficially affected. Now a new study involving 101 undergraduate students found that emotional effects of exercise bring specific cognitive benefits.

The participants had to rate their levels of energy and vigorousness and complete two cognitive tests. These were based on the Trail Making Test, where the subject has to draw lines between letters and numbers as quickly and precisely as they can to measure mental speed and attentional control.

After the testing, one portion of the students was made to go on 15-minute jogs while others did group relaxation exercises. Two minutes following these sessions, the students answered the same questions and completed the cognitive tests as before, indicating their energy levels.

The jogging students exhibited great improvement on the cognitive tests, while feeling increases in vigor. The researchers think this shows that the jog helped cognition by affecting the subjective sense of having more energy. On the other hand, the group that was just relaxing was much less energetic.

Legrand thinks more research needs to be done to follow up on these conclusions but says they already “add weight to recent suggestions that increased feelings of energy may mediate the relationship between aerobic exercise and some aspects of cognitive functioning.” In layman’s terms – running is good for your brain.

The attention given to sport competitions by the Muslim nation is not in any way less than that of other nations and civilizations. This is because the Qur’anic verses and prophetic narrations that encourage Muslims to practice sport are numerous and explicit. In addition, the Muslim scholars, the Jurists as well as the philosophers realized 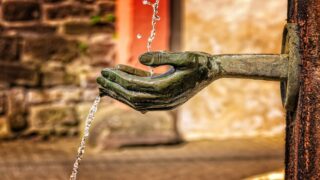