Why they hate Niqab? 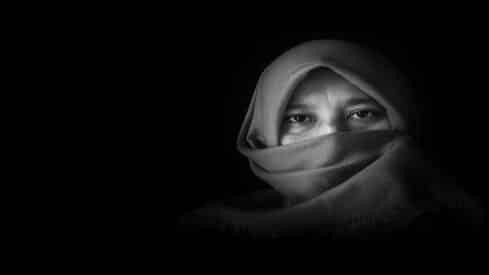 It is not surprising that some attitude of some Western governments that take a position on the Niqab, on the pretext that this contradicts fundamentals of politics and ruling. The world has witnessed tremendous demonstrations in Muslim countries when France decided to ban wearing of Niqab in public places. However, it is very astonishing that the opposition of Niqab comes from some Muslims. There are some voices coming from university lectures, ministers who stated their clear position against Niqab. The question here is

Why some Muslims oppose Niqab?

The Muslims reference should be the Quran and Sunnah, not the worn traditions, nor the alien culture of Western societies. The Muslims understand their religion by returning to the trustworthy scholars in the past and present. The Islamic civilization is deeply rooted in history and very rich in culture and knowledge. It is very foolish that some voices e.g. journalists are demanding that Muslims should abandon leave their culture, civilization, thinking and jurisprudence, and revisit again fundamentals of religion.
All nations are supposed to respect their cultures and history as an integral part of its composition, and no future for the nation without its past and present, , and the nations that rebel against the past, and break away from its history, it is going to be defeated because they will  have nothing to rely .
The least degree of the veil in Islam it is a virtue, virtue does become a sin in Muslim countries?
There is a difference of opinion amongst scholars in Islam as to whether or not covering the face is obligatory (fard). The niqab has continued to arouse debate between Muslim scholars and jurists both past and present concerning whether it is fard (obligatory), mustahabb (recommended/preferable), or ‘urf (cultural).

The opinions of the four traditional Sunni schools of jurisprudence are as follows:

Maliki: In the Maliki madhhab, the face and the hands of a woman are not awrah; therefore covering the face is not obligatory. However, Maliki scholars have stated that it is highly recommended (mustahabb) for women to cover their faces.

Hanafi: The Hanafi School does not consider a woman’s face to be awrah; however it is still obligatory (wajib) for a woman to cover her face. While the Hanafi school has not completely forbidden a male’s gaze towards a female’s face when there exists absolutely no fear of attraction, the woman has no way of knowing whether the gazes directed towards her are free of desire or not, especially when she is out in public. The Hanafi School has thus obliged women to cover their faces in front of strangers.

Shafi’i: The Shafi’i school has had two well-known positions on this issue. The first view is that covering the face is obligatory at all times when in presence of non-mahram men. The second view is that covering the face is preferred in general, but obligatory only in a time of fitnah (where men do not lower their gaze; or when a woman is very attractive).

Hanbali: According to the Hanbali school, there are two differing views on whether a woman’s whole body is awrah or not. Mālik, Awzāʿī, and Shafiʿī suggest that the awrah of a woman is her entire body excluding her face and her hands. Hence, covering the face would not be obligatory (fard) in this madhhab. According to scholars like Tirmidhī and Ḥārith b. Hishām, however, all of a woman’s body is awrah, including her face, hands, and even fingernails. There is a dispensation though that allows a woman to expose her face and hands, e.g. when asking for her hand in marriage, because it is the center of beauty. It is enough pride for the women who wear Niqab that they resemble the prophets wives and daughters.