An Indian Family’s Journey to Islam 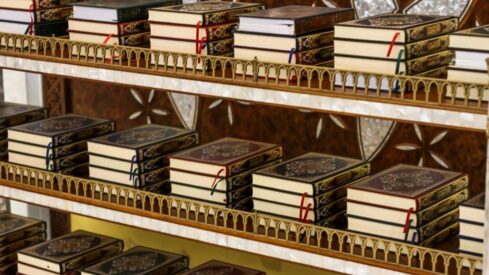 My story starts in 1979 when Allah SWT bought me into this world into a very religious and spiritually aware family. We were Orthodox Roman Catholics before our reversion to Islam. My family being quite well to do was actively involved in Church and Parish affairs. And so we had, and still do have Priests, Nuns and Missionaries (They still try their antics, but we know how to handle them) as part of our family. My grandfather has even built a church in our native Kerala, India. But my family was one that stuck to its ideals, we loved our Creator albeit misguidedly and always tried to be good human beings. We prided ourselves to be pious people and the best among us was my mother. There were many times when our Parish priest would make her an example to the other ladies. She—my Mom was a model Christian Woman. She read the bible regularly and practiced her religion devoutly.

Well, to begin with, my mother had a few spiritual experiences which resulted in a deep sense of dissatisfaction with her religion. She turned to the Bible for answers but this only led her further away from all that she had earlier held sacred. During those days a lawyer named Mr. Ibrahim Khan was working with my parents as a substitute legal advisor, this was only for a short period of time, since our regular lawyer was on vacation and my parents needed urgent legal advise on some business matter. Being a knowledgeable Muslim he introduced Islam to my Mom and she accepted Islam within a few weeks of being introduced to it. I was around 13 then.

My situation was quite confusing (to say the least), being the eldest child. The family separated because Mummy felt her marriage had become null and void. I hated Islam because I believed it had broken up my family. My father left us and went away. I felt it was everything that the media made it out to be (Astagfirullah), though funnily, I was rather fond of the Adhan. I hated Islam then and felt that I could be anything but a Muslim. But, I had tremendous respect and love for my Mummy. And I couldn’t understand why she did something like this. I wanted to understand what was it that had attracted her—an educated, cultured lady—to something as medieval as Islam. Ultimately I asked her one-day and her answer was very simple. “Read the Bible Page to Page”

It was then that I began my Journey of Discovery. I was very young, but Allah (SWT) gave me the maturity to understand what I read. I found so many inconsistencies and mistakes in the Bible. I found things mentioned in the Bible, which Christians did not follow. I found things, which I felt, were not logical. I found covenants which were broken. I found clear mention of the Holy Prophet Mohammed (peace be upon him). But I was very stubborn and refused to accept the truth. Well, I continued to study Christianity and slowly started digressing to comparative religion but always refused to study Islam. Around that time my Mom sent me a letter with both the transliteration and translation of Surah Al–Ikhlas written in it and this became an obsession for me. I recited it as well as its translation throughout the day—over and over again. It was like a tasbih [tasbih means glorifying and praising Allah] for me. When at last no other scripture could satisfy me, I turned to the holy Qur’an and was completely bowled over! This was the truth I was searching for! Here were the answers to all my questions! I knew then that I had found my destiny. It had taken me two years of study but I was thankful. I was around 15 then, or perhaps a little older.

I subsequently, reverted at the Bombay Airport! I had gone to receive Mom and I wanted her to witness my Shahadah. She later confided that she had prayed to Allah SWT to give me Hidayah, so that where she had no other help, she would have the support of her eldest daughter. And Allah had granted her wish. Allahu Akbar.

My brother and sister were very young and they sort of followed in my footsteps and accepted Islam. We had to make Hijrah to Bombay, since we had fears that people would try and separate us—the three kids from Mummy. We knew that in Kerala we would never be able to practice our deen. Bombay was the only option we had and we took it and MashaAllah, the blessings that Allah SWT showered on us! The Muslims here accepted us with open arms. We learnt Arabic, we completed our studies, and we now have our own wonderful home, Alhamdullillah. Daddy came back to us, though he is sadly still a Roman Catholic. But we love him a lot and he is part of all our decisions. He is learning Islam and has tremendous respect for our deen, our ways and Islamic life. He is our support pole and even though he is out of Islam but has brought us up without interfering in our faith, always protecting us and being there for us, a lot like the Holy Prophet’s (peace be upon him) uncle Abu Talib. The rest of my extended family is still staunchly opposed to Islam, though they have come to terms with the fact that we shall always be Muslim, InshaAllah. We do at times get mails that would like to re-convert us to Christianity, though these mails are getting fewer as the days pass.

Recently we went to Kerala to visit my grandparents for a short holiday and it felt rather great to visit a place we had earlier fled as children. We were strong with the strength of our imaan—the imaan given to us by Allah SWT and thanked Him for letting us return victorious. Perhaps someday we will establish a Masjid and Islamic study centre there, InshaAllah.

Today, it has been more than 10 years since we have been Muslims but it feels like we were always been Muslims. We have come in a full circle when I say that we have helped establish a madrassa [madrassa means school] where the holy Qur’an is taught. We have even found our Spiritual Guide—our Murshid—Baba Moinuddin. He is 104 years old but so strong and straight that he gives people half his age a complex. He taught us and continues to help us increase our knowledge and better our practice, SubhanAllah. May Allah SWT bless him and all the people right from Mr. Ibrahim Khan to so many many Muslims who have taught us so many things about Islam and who have helped us in our search and our striving to come to the true, in fact the ONLY way of life—AL-ISLAM!

Well, that’s about it.

I’m proud to be a Muslim.

What is the true historical status of Allah among the polytheists before the revelation of the Holy Qur'an? 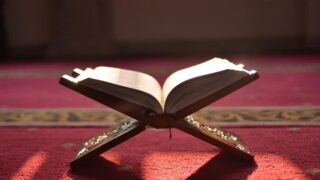 Dr. Lang's journey to Islam is an interesting story. From one who had once challenged the existence of God, he became a firm believer in God.

The topic is related to the Day of Judgment and our accountability. Will we be asked what we did in this world? What is the first question that will be asked?