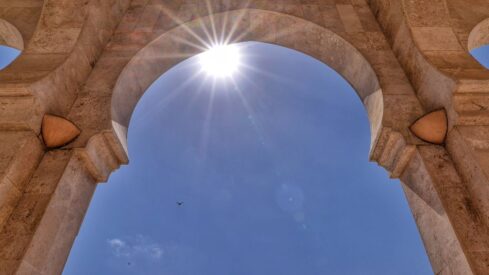 Torture was heaped on Bilal who responded with repeating the words, “One [God], One [God]!” That is very profound. Umar ibn al Khattab (may Allah be pleased with him) asked Bilal later on life, once Bilal had become established as a great Muslim leader, “Why is it that you only said, ‘One [God], One [God].’?” He replied, “Oh commander of the believers, had I known anything other than ‘One [God], One [God],’ I would have said it. That was all I knew about Allah.” And for that ‘One [God], One [God],’ Bilal would be tortured and be pushed almost to death over and over and over again. Let me take you through a few days of the life of Bilal in that situation. First, they tied him up in the house and they deprived him of food and drink. So, they starved him and dehydrated him and they would put the idols in front of his face and say, ‘Kiss the idol. Worship the idol, worship Al-Lat and Al-Uzza (names of famous idols).’ They would humiliate him and they would spit at him.
They would refer to him with the derogatory term, “You, son of a black woman.” What they were saying to Bilal indeed was that even though your father was an Arab, it doesn’t matter. That’s why that term was so offensive especially to Bilal.
Then Bilal, as he continued to refuse worshipping idols saying, ‘One [God], One [God],’ he would be dragged in the desert. Umayyah ibn Khalaf actually put a collar on him. Can you imagine a man being dragged like a dog with a collar? He put a collar on him, dragged him out in public, spat at him, humiliated him, tortured him and whipped him in front of everyone. They tortured him in front of the other slaves in particular so that no one would follow his example. Bilal was between unconsciousness and consciousness and was still saying ‘One [God], One [God].’

Finally they tried to even kill Bilal by having multiple other slaves push a big stone onto his back so that it would crush him to death. Abu Bakr As-Siddeeq rushed to purchase the freedom of Bilal. Abu Bakr came to Umayyah and said to him, ‘How much do you want for this slave? How much do you want for him?’
Umayyah ibn Khalaf he said, ’10 dinars,’ which was a huge price for a slave at the time. Without thinking, Abu Bakr gave him 10 dinars. Umayyah laughed and commented, ‘If you would have argued with me a little bit and tried to negotiate, I would have given him to you for even one dinar.’
Abu Bakr (may Allah be pleased with him) responded, “By Allah, if you were to sell him for 100 dinars, I still would have purchased his freedom. ‘Subhan Allah, look at the change that took place in Bilal’s life; how much the Muslims valued him.
When Abu Bakr paid that huge price for Bilal some said, Abu Bakr was only doing that to show off or there was something between him and Bilal, he owed Bilal for something and that’s why he did it.
But Allah Almighty defended Abu Bakr when he freed Bilal. He revealed in Surat Al-Layl that he only spent to please Allah, for the pleasure of Allah and for nothing else; there’s no worldly gain out of this (92:18-20).
Learn more about Bilal’s new life as a free Muslim and a leading Companion of the Prophet. Moving stories about his last moments with the Prophet and when his adhan made Companions break into tears. 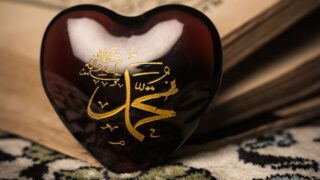 In Arabic the word prophet (nabi) is derived from the word naba’ which means news. 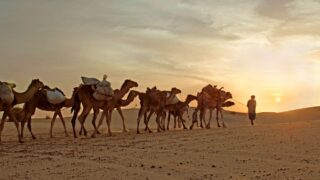